Few things foil ambitious travel plans as commonly as jet lag. Over the years, scientists have experimented with a slew of solutions to mixed results: Jet lag is, after all, a multi-faceted juggernaut that no one thing, except time, can cure. To speed up your circadian shift--and feel better while you're doing that--check out these nifty treatment options. 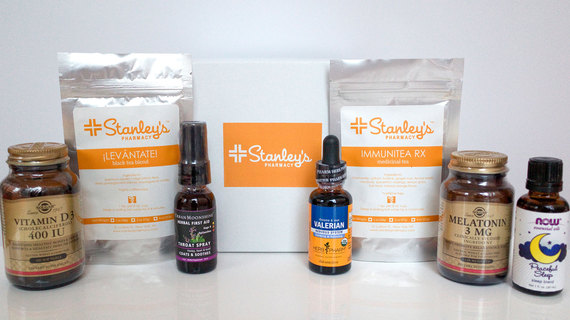 Pharmacist Stanley George has concocted an entire day-and-night kit for jetsetters. The key for the kit's "night" portion is the melatonin supplement, which he suggests taking about a half hour before your new time zone's bedtime. If you're still having trouble sleeping, the kit also provides a relaxing antioxidant-rich tea, a sleep-promoting valerian extract (add a few drips to water and drink), and a chamomile- and lavender-scented essential oil to add to a hot bath. The "day" kit has vitamin D supplements, a jitter-proof caffeinated tea, and an invigorating essential-oil throat spray -- designed to get rid of that frog that surfaces in your throat from a bad night's sleep, but also containing rosemary and sage which both can help alleviate crankiness and brain fog. (Get it at stanleyspharmacy.com; $66) 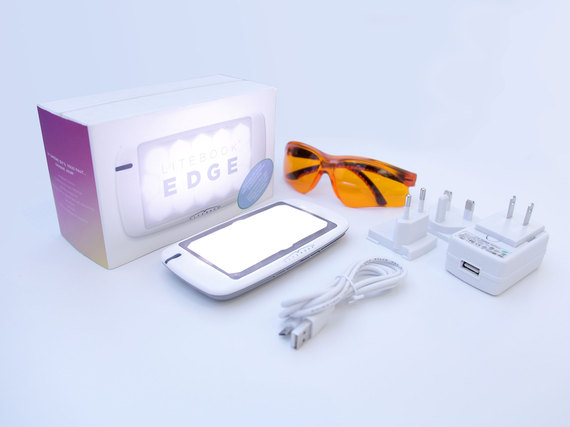 Natural light helps you wake up, but when you're traveling, you may not be getting enough light to shift that body clock efficiently. That's why light therapy machines have proven so helpful. Few are as travel-friendly as the pocket-sized Litebook Edge, introduced last December. Check the Jet Lag Calculator to know when you need to expose yourself to light; then, at the recommended time, set the Edge about two feet from your face at a 45 degree angle, and leave it on for about 30 minutes, during which time you can go about your business (you don't need to stare at the light directly). Used properly, the Edge can shift your body clock up to six time zones in one day, as opposed to the typical one day per time zone. (Get it at litebook.com; $179) 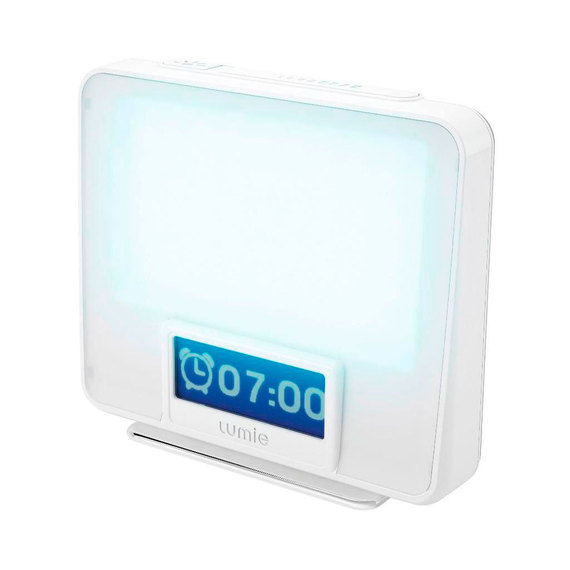 Lumie, the Cambridge, UK-based company that produced the first wake-up light, has now combined that light-based alarm clock with light therapy to create one portable device. As the "dawn simulator" grows brighter, you're gently awoken, rather than jangled by a loud harsh noise. Once you're up, you can use the device as a light box; find out the best timing on the website's "Jet Lag Optimizer" page. (Get it at lumie.com; about $190) 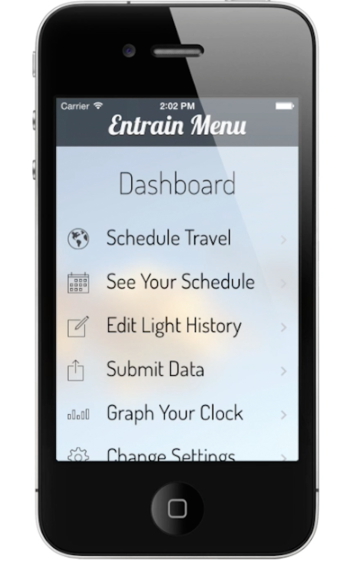 Even though light therapy can theoretically drastically reduce acclimation time if instructions are followed exactly, it's a big if when you've got a packed itinerary. That's where Entrain, an ingenious app created by University of Michigan mathematicians, comes in (it's available free on the Apple App Store or Google Play). This handy program recalibrates your light-and-dark timing when you've missed the original directive -- just as your GPS might when you've missed the highway exit. The result? Dining and shopping in Shanghai with the robustness of a native -- within three days of landing as opposed to 12. 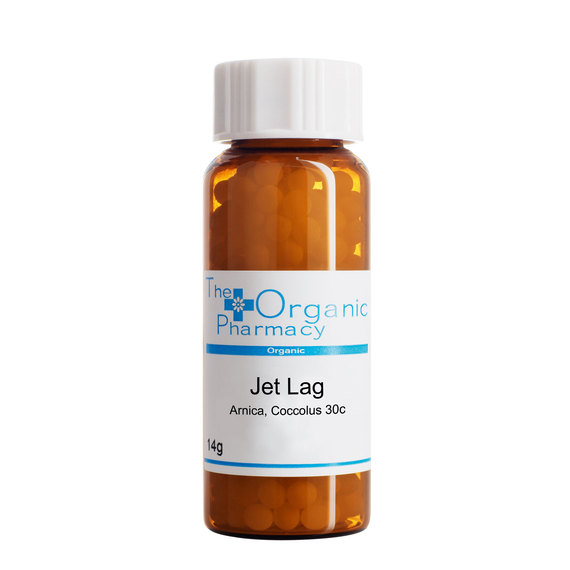 Legions of celebrities -- including Jessica Alba, Rosamund Pike, and Minnie Driver -- swear by The Organic Pharmacy. The line's jet lag offering helps combat symptoms of the brain fog and sluggishness you feel when your circadian rhythm is out of sync: Arnica is an anti-inflammatory, while cocculus can help normalize levels of stress and hunger hormones and improved alertness and motor abilities. (Get it at theorganicpharmacy.com; $19) 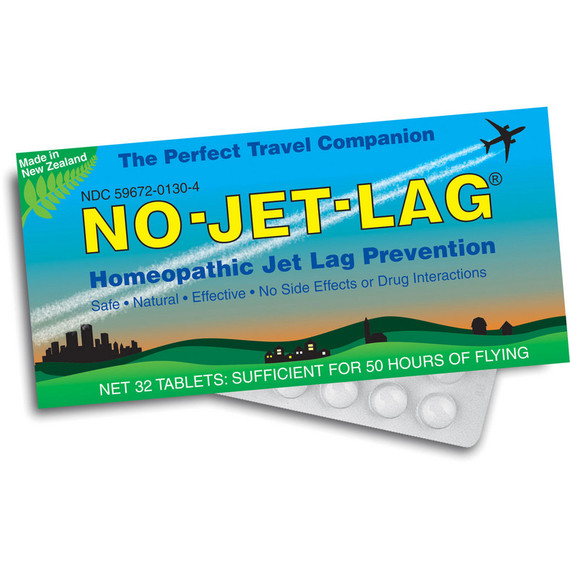 Another popular homeopathic jet lag treatment -- this one, favored by an international New Zealand rugby team as well as billionaire Richard Branson -- contains arnica as an active ingredient. (Get it at nojetlag.com; $11.99) 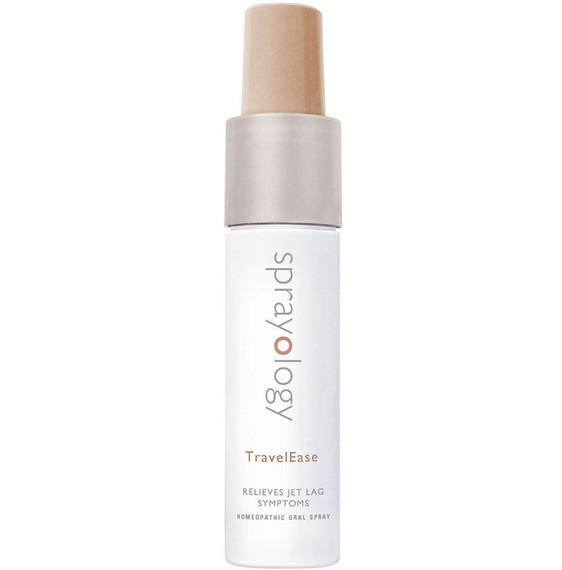 This line of homeopathic sprays includes one powered by cocculus, as well as a range of other homeopathic ingredients traditionally used to combat common travelers' woes, including dehydration, disorientation, fatigue, and insomnia. It's a TSA-friendly 1.38 ounces, so you simply apply two spritzes under the tongue when you take off (no chaser needed!), every two hours in flight, then again until landing. Continue with two spritzes, three times a day, until you feel like yourself again. A reduced dose is safe for kids as young as two. (Get it at flight001.com; $29) 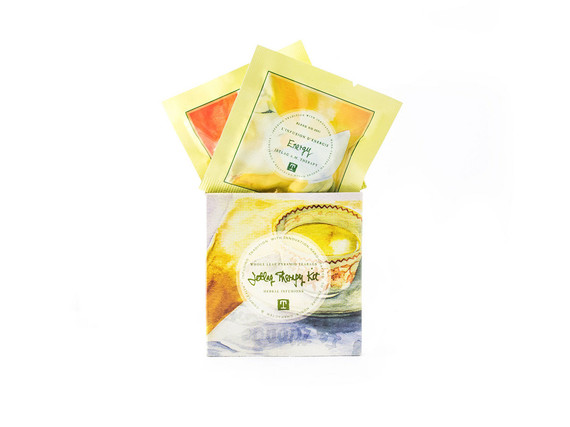 This handy two-pack of tea bags is ideal for a quick trip to the opposite coast. It comes with a bag of Jetlag AM-Energy -- a mix of Yerba Mate, ginkgo biloba, and ginseng, the latter two of which are thought to promote brain function. Its perky minty-citrusy scent, too, may help distract you from any jet-lag funk. The other half of the duo is Jetlag PM-relax, which is blended with the traditionally calming scents of chamomile, lavender, and valerian. (Lavender, especially, has been linked in scientific studies to the treatment of insomnia and stress. Come fall, the brand, with help from mood experts at the color company Pantone, will introduce new designs for each teabag -- all the better to inspire you visually to get energized or get to bed. (Get it at tealeaves.com; $2) 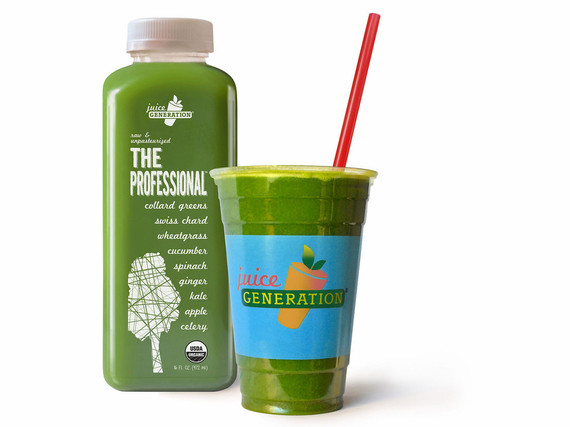 Planning a trip overseas this spring? If you come back exhausted and bloated, this smoothie, launching March 1, will be waiting for you. It's chock full of leafy greens -- swiss chard, collards, and spinach -- which, besides being vitamin-rich, have more recently been found to enhance the levels of special immune cells associated with good gut health. But what you'll appreciate most is the antioxidant boost from the wheatgrass, and the refreshing feeling (not to mention the digestive relief) from the scent and ingestion of ginger. (Get it at juicegeneration.com, $9.95)