When you think of companies like Motorola, Nintendo and Apple you think of the kind of success that makes Scrooge McDuck want to take a swim in some money. However, even these venerable institutions have had some notable misfires. As a matter of fact, for every super successful gadget out there, there is a gaggle of botch jobs. Some are downright disappointing, considering what they were trying to do. Let's hold back the tears as we put a spotlight on some of these notable misfires. Note: Many of these products were well made and featured interesting innovations. For whatever reason, however, they just didn't connect with consumers. 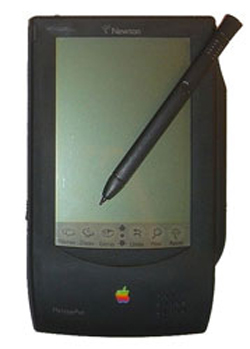 Apple Newton: Before the runaway success of the iPad, the tablet era had more false starts than that Spiderman musical. We were all supposed to want tablets, but nobody really did. Apple got in on the act with their Newton platform and family of devices. This precursor to the mega-popular iOS was scant on bells and whistles and the MessagePad line of devices were extremely expensive. Apple finally pulled the plug on Newton in the late 90s. It's still a pretty cute name, though. Nintendo Virtual Boy: Nintendo didn't start bringing headaches into the third dimension with their 3DS. No, that honor belongs to the short lived Virtual Boy. The company's first foray into 3D technology came in 1995 and was an immediate failure. Maybe it was the blood-red monochromatic graphics, or maybe it was the goofy looking headset. In any event, it was sixteen full years before Nintendo again attempted to enter the house that Avatar built. That's too bad, too. 3D is kind of cool!

Gateway: Gateway was once a major player in the retail PC industry. In 2004, Gateway accounted for a full quarter of desktop sales. Just three years later, the company sold to Acer for a pittance. How in the heck did that happen? Well, the company figured too late that young people were so addicted to the Internet that desktops simply wouldn't cut it. Laptops and mobile devices were to be the order of the day. Gateway didn't begin to shift resources until it was too late. Just think. We could all have a backup Gateway netbook instead of an Acer. Motorola Xoom: This narrative is still being written, but word on the street is the just-released Xoom tablet is not breaking any sales records. It could bounce back, however, as the Xoom has received positive coverage from Consumer Reports and was ranked as one of the best tablets by Bestcovery. Is the iPad simply too dominant to allow for mainstream consumer interest from another device? The Xoom is posited as an iPad killer, after all. Microsoft Zune: The Zune line of MP3 players launched as a competitor to the iPod and has since gone on to that great tech-device landfill in the sky. Sad, as they were certainly functional enough. Zunes were heads and shoulders above those crappy $40 MP3 players you buy on Amazon. So what happened? Market saturation mixed with flagging respect for the Microsoft brand, analysts suggest. Zune still exists, though, as a media player app in Windows Phone 7 devices and on your Xbox 360. HD DVD: The Blu-Ray versus HD DVD debate was the VHS versus Betamax of the modern age. Guess which format landed with Betamax? The poor, misunderstood HD DVD. They both offered the same product, a new way to spend money re-buying movies you already own. It all boiled down to Sony throwing its considerable muscle behind Blu-Ray. Sony is not just a tech giant, after all. Sony Pictures holds massive sway in Hollywood. This led to the company proffering deals for content to be released exclusively for Blu-Ray. The rest, for HD DVD, was history. 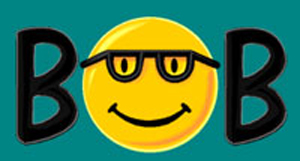 Microsoft Bob: Bob was intended to ease new computer users into the marvelous world of Windows computing. Essentially, it was an add-on for Windows 95 and Windows 3.1x that was supposed to make the OS "noob" friendly. This was done through a suite of simplified applications and the use of ridiculous cartoon characters that served no real purpose. Bob was critically derided, racking up dubious awards such as "number one worst product of the decade" by CNET. Still, the notion of a user friendly interface years before Apple products began winning over the senior set is an interesting one. Panasonic 3DO: The 3DO, released in 1994, was an extremely powerful home video game console. So why haven't you heard of it? For one, it cost a whopping $699. Also, it was competing with Sega, Nintendo and eventually Sony. It was a good piece of tech that was favorably reviewed, but even in the flush mid 90s nobody wanted to pony up a grand for a video game system and a few games. You can grab a 3DO for considerably less on eBay now. Segway: We've saved the best for last. Before an official announcement, the hype for the Segway was deafening. People literally thought it was going to save the world. Then it ended up being this cute little buggy that one weird dude in every town rides around in. The tech itself can't really be dissed. It is cool. It's also expensive and ultimately needless. Sigh. Guess the world still needs saving.