Co-authored by Adrian Granzella Larssen, editor-in-chief at The Daily Muse 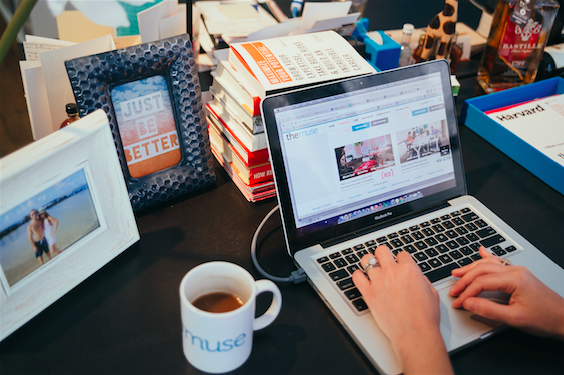 It's easy to know that you're not happy with your current career path. (Hello, Sunday night blues.) But it's a whole lot harder to know what you want to be doing instead. There are so many options! You don't know what you're qualified for! You may even be so burnt out that you don't even know what you're interested in. I've been there, too, and after I did find what I was looking for, I've spent time coaching friends and colleagues who are going through the same thing.

While there aren't any shortcuts when it comes to changing careers, I've found that a great way to start is by breaking the big question down into a few simpler ones.

Start by filling in the blanks to the sentences below:

Once you're done, take a look at your answers. You may find patterns -- for example, that everything on your list has to do with designing beautiful spaces or playing sports. But at the very least, you'll probably see some common themes. And knowing what you value, what you enjoy, and what you want to be known for is a great way to get started honing in on what you want to do next.

And for your next steps? Check out my free, online "Discover Your Passion" class at The Muse.