I am a true fan and absolute lover of the game of basketball. I love to watch it! I love to play it! I love and appreciate the skill that it requires. I love absolutely everything about it! 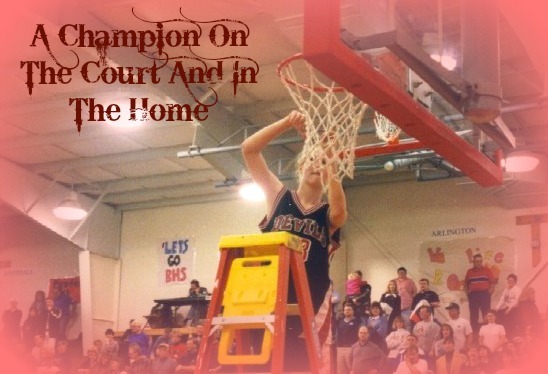 1. Defense Wins Games.
In order to win the game (otherwise known as "surviving the day") you have to play good defensively. Yeah, the offensive stuff like making cookies together, finger-painting, fun little tea parties and story time are all wonderful, but it's the defense that wins the game.

Let's face it: Most of the day is all about the defense, anyway, you're pretty much just trying to prevent accidents, messes, injuries, etc. All the while serving as a chef, taxi service, maid service, referee, doctor, dentist... the list goes on and on. 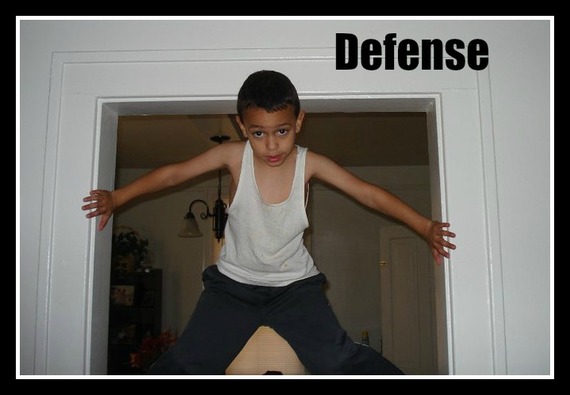 That's most of your days. They don't all have to be pretty, picture-perfect days. If your child makes it through the day ALIVE, and smiled and laughed the majority of the time, then that's a win! Sometimes you have to power through those soul-crushing defensive days to make way for the fun, glorifying offensive ones. 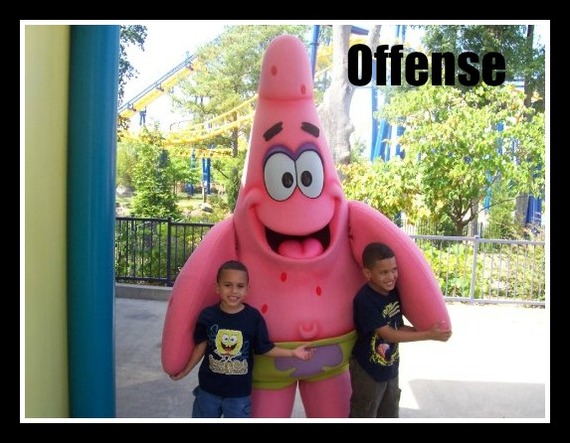 2. Even All-Stars Aren't Perfect.
Everyone wants to be the leading scorer (myself included) in basketball. The leading scorer is that fancy player that gets his or her name in the paper. They're the player who often gets the most credit for the win.

In parenting, you could compare that to the "Pinterest parent." We all know those parents, or think we do, anyway. These parents have conquered life... the bakers, the crafters, the do-it-yourselfers and pretty much the masters of the universe.

Basically, the parents who make you think you suck at life!!!

But I'm going to let you in on a little secret I know... That "Pinterest parent" that we all wish we had half the time to be doesn't exist.

I'm not saying there aren't parents who can do a lot of those things, and I'm not saying you should feel guilty for being good at all those things either, if you are. I'm just saying it's not as glamorous as it seems to be.

The point is, they are struggling just like the rest of us. Myself, I struggle a lot, and guess what? It's OK! I'm not going to beat myself up because I sometimes can't live up to the impossible standards that I set for myself. 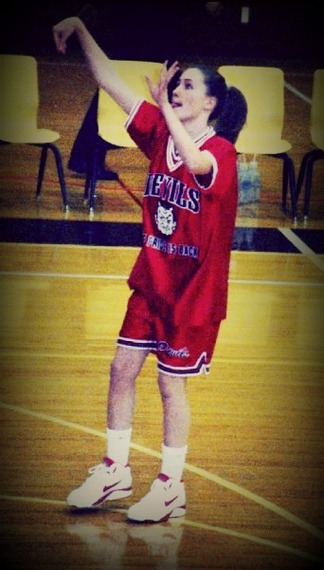 3. You Won't Make Every Shot.
There are days when everything I put up is a complete air ball. These are the days when I yell too much, or sometimes my kids watch a little too much TV, or play too many video games or don't even get a bath. And I'm not the least bit ashamed to say that on those days, I'm probably still in my pajamas and Pillsbury gets all the credit for my oven-baked cookies.

Those were also days that I cleaned a little bit of my neglected house, or completed a project I've been putting off, or listened to their laughter from silly shows or I even got to snuggle up next to them and watch those shows.

These are also the days that I walked away with my sanity, so I'm going to chalk these days up as wins. Not every day has to be about making memories (shots). Some of the best memories (shots) are made on the days you're not even trying. 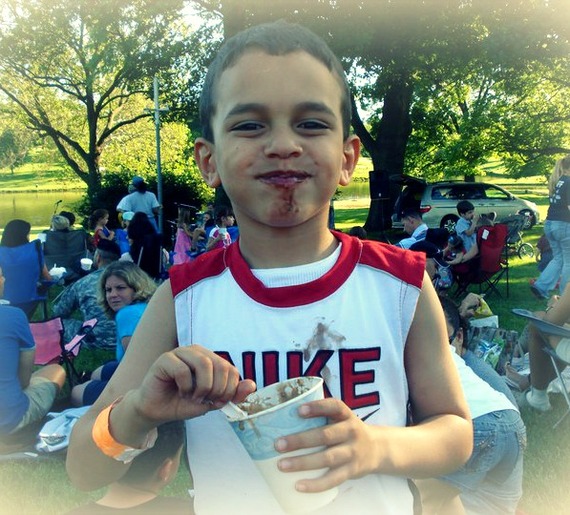 4. Be "That" Player.
My favorite kind of player is the garbage men or women type. This is the player who does all the dirty work like the boxing out (basketball term) and saving the ball from going out of bounds while sacrificing their own body and throwing a few elbows here and there.

These are the behind-the-scene players no one talks about, who don't get their name in the paper (Pinterest). They get the job done, and when your team wins, it's because they have a good player like this.

So, strive to be "that" player (parent) instead. The one who sacrifices everything they have for the good of their team (family). The one who isn't worried about what others think because they know they're giving everything they got and the team (family) is winning because of their efforts. So stop beating yourself up about the parent you wish you were, and be the parent you know you are already. 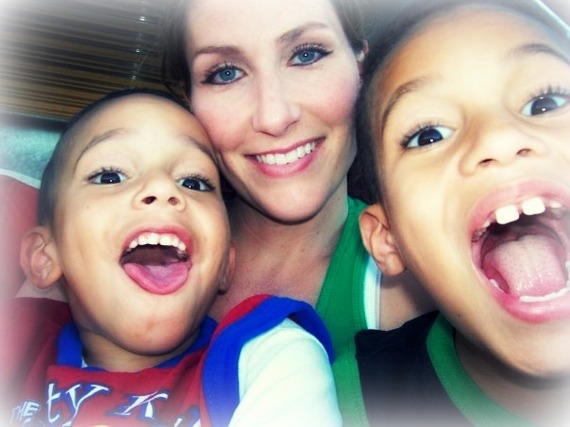 5. Block Shots.
There will always be the critics who think they know everything there is to know about being a good parent. And since they are self-proclaimed experts, they will think that gives them the right to tell you what you're doing wrong.

If you've never had the pleasure of personally stuffing the ball back in someone else's face (blocking a shot), then let me tell you from personal experience... it feels fucking great! So when you get this opportunity in the parenting aspect to tell these people to take a hike, then by all means, cleanse yourself of the negativity.

Be the parent you want to be in spite of opinionated people telling you that you're wrong. You're the boss now, so be the boss... you gigantic, gut-punching, no-crap-taking, shot blocking BEAST!

6. Sometimes You Just Have to Switch to Zone. For those unfamiliar with the term "zone," it refers to a type of defense in which you cover an area rather than an individual. I expressed how important defense is previously, and this is just a collaborative form.

Personally, I'm a fan of Man-to-Man Defense, but unfortunately, sometimes you're just outmatched. It's OK to spread out a little bit and give yourself a little room. Allow yourself to see how good the little monsters are from the perimeter (in other words, take them outside).

Get out of the house and let the outside wear them out, allowing a bit of distraction for you and them. Sometimes a change of scenery is a good reset button. And if all else fails, skip along to #7. 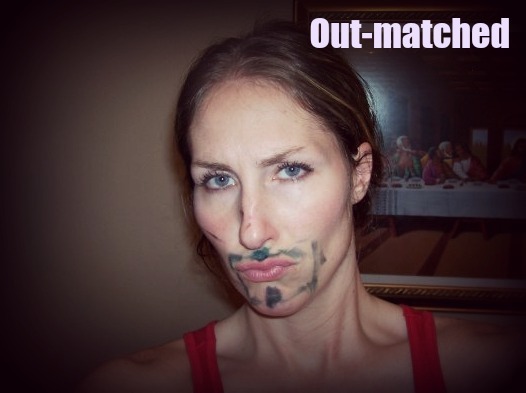 7. Substitutions Are A Must. It's OK to need a break. Parenting is exhausting! We put so much pressure on ourselves to be a certain kind of unattainable parent. We set unrealistic expectations that only set us up for failure and guilty feelings. Not to mention these little boogers have such a powerful hold over us.

They have the ability to fill our hearts with such joy, and also bring us to our knees and crush our soul all in the same day. That's just draining.

So, if you have that luxury to call in a spouse or a grandparent or an aunt or uncle... do it! Allow yourself that break. However, if you're like me and don't always have that luxury because your spouse is out of the country, or grandparents and practically everyone else you know live in an entirely other state, then might I suggest you skip along to #8.

8. Take A Timeout. A timeout can be game-changer. Sometimes you get in a rut where it seems you can't do anything right. And it's probably true, you're probably turning the ball over (yelling) every chance you get, or missing the easy layup (burning the chicken nuggets) when there's no one around.

But before you lose it all and get a technical foul for kicking the ball (kid) across the gym (house), take a break. Even if you have to lock yourself in the bathroom with tiny, little fingers poking under the door... do it!

Take some deep breathes and remember that bedtime can be a lifesaver also. Then grab a carton of Ben & Jerry's, plop on the couch and binge watch your favorite Netflix series (they have "Friends" now, life is seriously good). It's OK to decompress, you can always get back in the game tomorrow.

9. You Can't Win Every Game. No matter how much of a badass parent you think you are, you just can't win them all. You are going to fail!

The trick to failing is learning from it and trying to do better the next game. Because there is going to be a next game, and if you choose to feel guilty and beat yourself up over the last game, you'll never be the parent (player) you strive to be. Learn to forgive yourself for yesterday's mistakes and move on, because the next game is right around the corner and there is no time to spare.

Soon enough, you'll be playing your last game, retiring your food-stained jersey and hanging up your worn-down, smelly shoes. But before you do all that, remember to stop a minute and give yourself credit. Because I guarantee every newspaper your child remembers from their past will have you as the All-Star in the headline. So see yourself as they do.. .you're the winner in all their games.

"The game of basketball has been everything to me. My place of refuge, place I've always gone where I needed comfort and peace. It's been the site of intense pain and the most intense feelings of joy and satisfaction. It's a relationship that has evolved over time, given me the greatest respect and love for the game."
-Michael Jordan

More:
parenting adviceParenting Parentsparenting tipsdefense
Newsletter Sign Up
Raise the kind of person you'd like to know
Subscribe to our parenting newsletter.
Successfully Subscribed!
Realness delivered to your inbox