One guy looks back at all the lessons he learned the hard way. 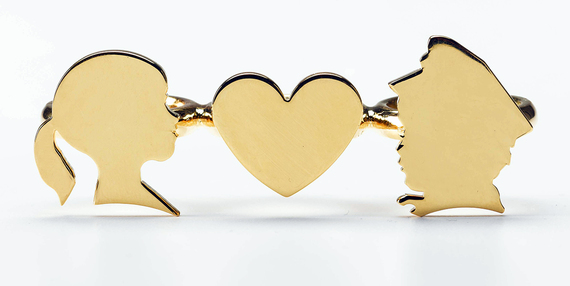 Today I'm a happily engaged, relatively well-adjusted thirty-something guy. But I wasn't always so lucky, and it was a long (occasionally miserable) path to get to where I am now.

For starters, my love life in high school was non-existent. In fact, I never took a date to a single formal, including all of my homecomings and both of my proms. And it wasn't for lack of trying. I simply got rejected, shot down, or otherwise told -- in no uncertain circumstances -- "no." I mean, I was pudgy, awkward, and emotionally intense --mI didn't have crushes, no, no, I was IN LOVE! Things got a little better when I went to college -- women started actually paying attention to me! But my ~skillz~ when it came to love and sex in my late teens and early twenties were abysmal. Sometimes I want to reach back in time and shake my former self: Get your act together!

Looking back on it, here are a few of the big things I wish I had known at the time:

1. Physical intimacy is not just about getting my P in her V.

For me, sex got a lot better when I started to slow down and appreciate the moment. The sights, sounds, and smells (yes, smells) all contribute to a unique, unforgettable, experience.

In a few of my early relationships, I made a number of emotional compromises because I simply had very little experience. I learned much later that there's no room in a relationship for thoughts like, "this is as good as it gets" or questions like, "everybody's relationship is similar to this, right?"

3. The word love should be used with great care.

I should not have said it if I did not mean it. I remember saying it simply because we were both so desperate to feel something other than loneliness. We were both lying to ourselves and, even worse than that, we were heaping ridiculous expectations onto something we both knew would never work.

4. Condoms are not "optional," no matter what your partner says.

There is no fear quite like the fear of a couple of 19-year-olds in the middle of a pregnancy scare. Oh, and did I mention gonorrhea?

Related: 5 Relationship Red Flags That Don't Have to Be Dealbreakers

Dating in my early 20s was super stressful. I was putting all sorts of pressure and immediacy on something that should have been fun, casual and slow. Instead, I was constantly swinging for the emotional fences. I struck out -- a lot. A lot of girls that were somewhat curious were immediately turned off, and rightfully so, by my regrettable intensity. In one of my favorite movies, High Fidelity, John Cusack's character says, "Only people of a certain disposition are frightened of being alone for the rest of their lives at the age of 26, and we were of that disposition." I think about that a lot.

6. Cut it out with the obsessive texting.

Does anyone remember the scene in Swingers where Jon Favreau got that girl's number and kept leaving her increasingly personal, misguided, and creepy voicemails until she finally picked up and told him never to call her again? I am pretty sure that scene was based on my early days of texting; I actually had women text me to say, "don't ever text me again."

I should have never stayed in my early relationships out of a misguided fear of being alone. It makes everyone, including your friends, family and both partners involved absolutely miserable. And I sacrificed my happiness for, what, security? It wasn't worth it, and ending things was always better than whatever it was I feared.

There's a reason that missionary and reverse missionary are classics. One time, we tried to have some legs-at-all-sorts-of-different-angles sex in the shower and I put my hand right through the tiles on her wall. That was an awkward call to the apartment complex management.

Had I known, there would have been at least two more sexually satisfied women on the planet. Google it.