Easter's coming up -- have you bought your honey-baked ham yet? I hope not because I'd like to try to talk you out of it. Not just because it's bad for you (a recent Harvard University study found that eating processed meats such as ham, bacon, and sausage daily increases your mortality risk by 20 percent) but also because it's bad for pigs (it increases their mortality risk by 100 percent).

On today's factory farms, mother pigs spend most of their lives confined to cramped "gestation" crates that are so small, the animals can't even turn around or take a step in any direction. Piglets are castrated and have their tails chopped off and their teeth clipped without any painkillers whatsoever. All of this is done to animals whom scientists have determined are smarter than the family dog.

Need proof that pigs are brainy? Here's just a sample of their amazing feats of mental prowess: 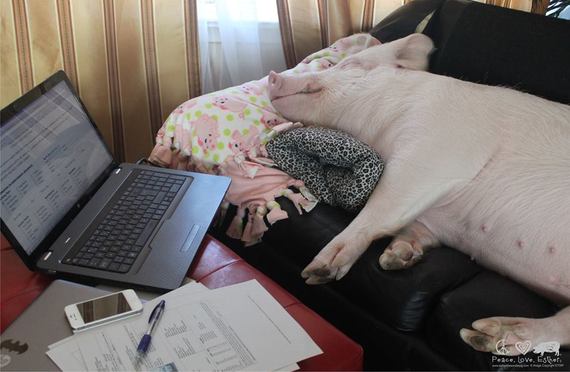 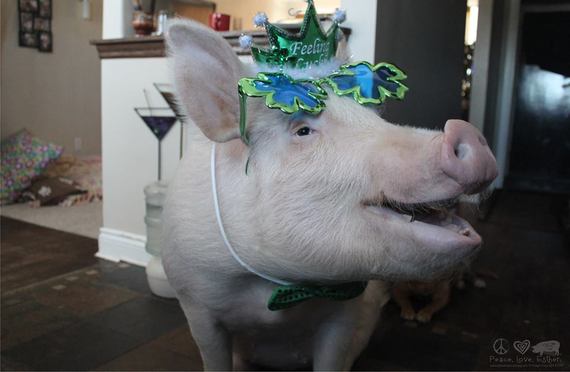 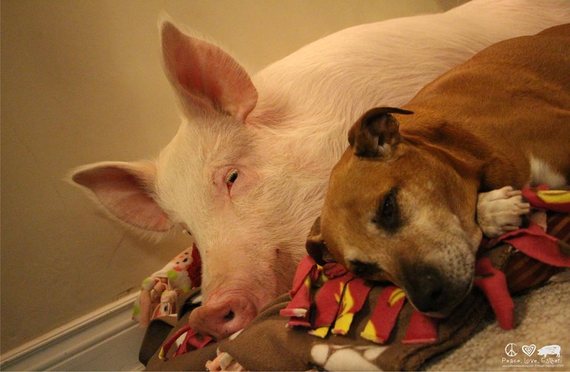 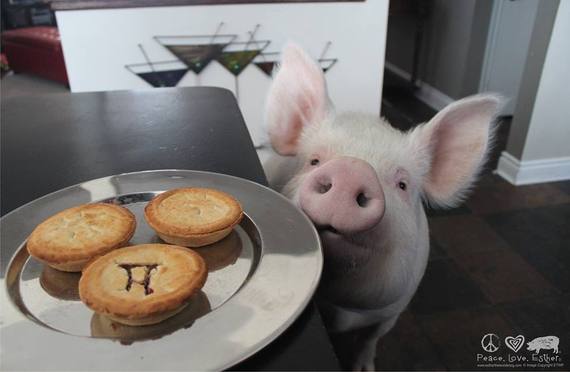 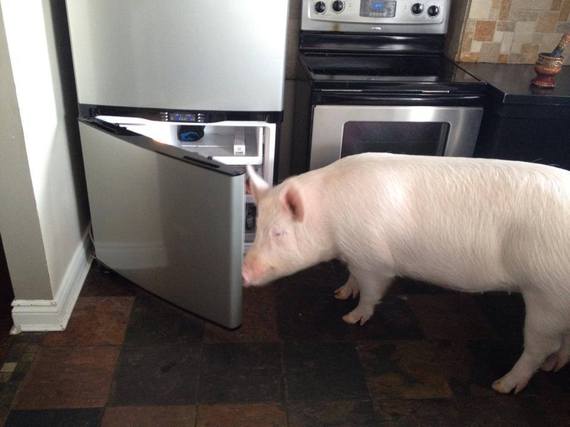 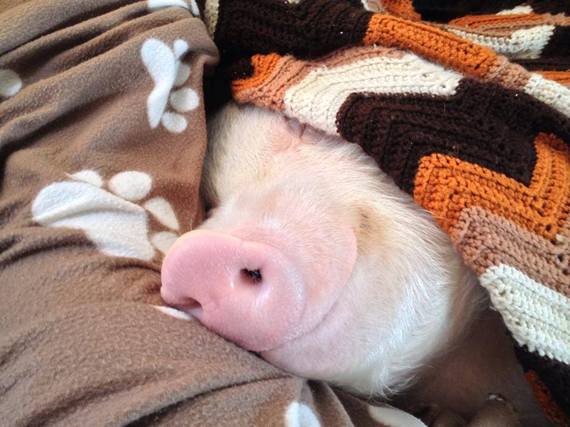 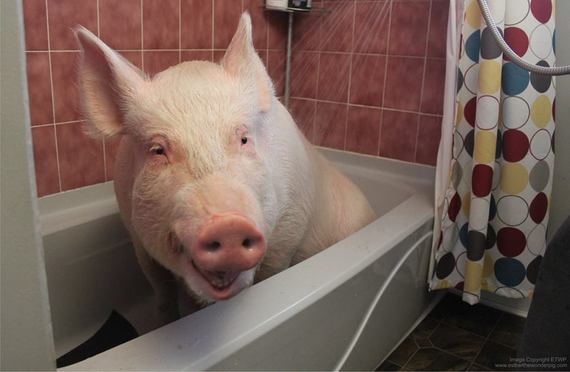 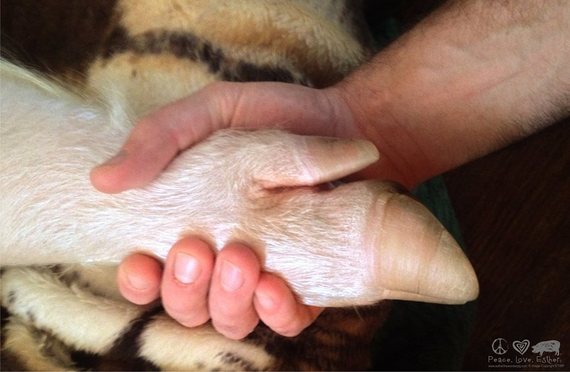 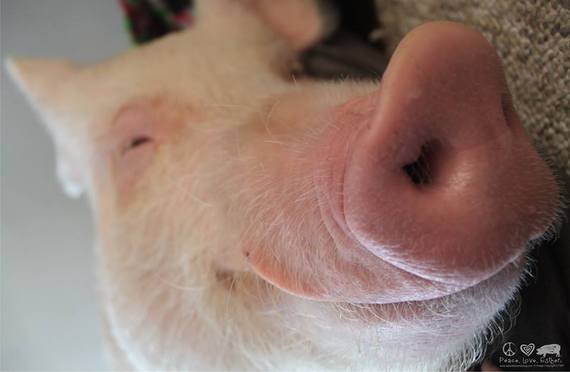 Maybe I'm an incurable optimist, too, because I like to think that once people find out how smart, sociable, brave, and even silly pigs are, they won't want to eat them.

All photos courtesy of EstherTheWonderPig.com. Find out what Esther's been up to lately by visiting her Facebook page.