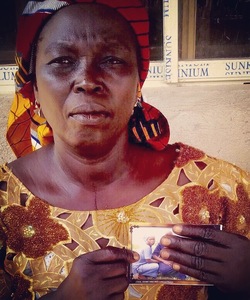 Martha was suddenly awakened by what had become the all-too-familiar sound of gunshots. Boko Haram, she thought. As she scurried to gather her thoughts, her husband Mark was already rushing their younger, panic-stricken children out of their home in Chibok, Nigeria. As they emerged, flames engulfed nearby homes and buildings set ablaze by Boko Haram fighters, members of the world's deadliest terror group. Amidst the scurry, a mother's mind was consumed by paralyzing thoughts of her older daughters, 20-year-old Monica and 18-year-old Sarah, both boarding students at the local government secondary school where they had been studying for finals.

Helplessness laced with panic immediately set in. As the family embraced what they hoped would be the camouflaging arms of the bush, Martha uttered prayers from the depth of her soul, trusting that God could hear her amidst the chaos. A mother's longing for the safety of her daughters compelled her husband to return to Chibok Secondary School to determine the whereabouts of their older children. Accompanied solely by the weight of uncertainty, Mark asked, "Where are our girls?" The immediate response from shock riddled faculty confirmed every parent's worst nightmare. Their girls, along with 274 other school girls, were in the crippling hands of Boko Haram.

I, on the other hand, was on a comfortable sofa in New York City awaiting a meeting when I initially heard the news of the abduction that April morning. A friend from Nigeria on the phone uttered the words, "Boko Haram attacked a girls' school last night o."

"What? Where?" I responded.

I am a Nigerian-American lawyer and activist who runs Pathfinders Justice Initiative, Inc., an international NGO that provides rehabilitation for survivors of rape, child sex abuse and sex trafficking in the developing world. I am a woman. And a mother. 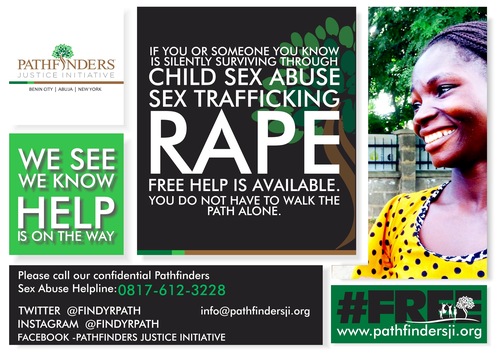 I had never heard of the town of Chibok in Borno State, North-East Nigeria, even though as a child, I also went to a boarding school in the North. Hundreds of questions immediately flooded my mind, as I frantically searched online for any news on the abduction of 276 school girls. There was nothing. It wasn't until several days later than U.S. mainstream media started carrying the story, which by now was the ubiquitous narrative for Nigeria.

I was hopeful...hopeful because I naively believed that the entire world would immediately, and in community, work to find and rescue these innocent political pawns who had now been infamously dubbed "The #ChibokGirls." Those early days quickly turned to a week and then two weeks. Still nothing. As a Nigerian, I believed the Nigerian government was obligated to take the lead in the rescue effort. But from what I was learning, President Goodluck Jonathan, weeks later, had still not publicly addressed the subject, but instead had set up a fact finding committee to confirm whether or not the abduction actually took place. By all accounts, he appeared to be wishing the girls "goodluck," while parents' hearts ostensibly vacillated between pain, hope and hopelessness. It is the worst kind of suffering.

Immediately following the abduction, Martha developed high blood pressure. Her husband Mark has since suffered a stress induced stroke. 20 parents have died, all while world leaders in a position to do something either turned a blind eye or contended that their initial efforts were thwarted or rebuffed by the Nigerian government. I knew I had to get involved and immediately joined the #BringBackOurGirls movement as an organizer. 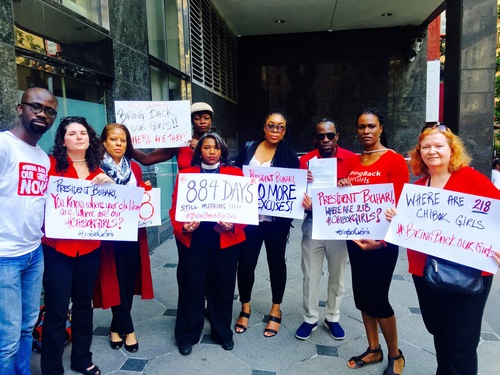 Globally, we demanded that the entire world join efforts to bring back our girls. Our cries seemed to have fallen on deaf ears as the weeks turned to months and the months to years. Today, 900 days later, only 58 of the 276 girls who courageously escaped on their own are accounted for. 218, including Monica and Sarah, have missed three birthdays with their families and remain in the lion's den of captivity.

The simple truth is that the majority of the world, including Nigeria's leadership, has stopped caring about 218 African girls from Chibok. There has been a global sanctioning and validation of the reduced value of human life, which in this writer's opinion, translates to a global epic fail. I get that the situation is well...complicated, but complications didn't factor in when former Nigerian President Jonathan's uncle was kidnapped and quickly released or when the entire world collectively rallied arm-in-arm over the unfortunate death of 12 French citizens who were similarly ambushed by terrorists following the Charlie-Hebdo attacks in Paris, France in January 2015. Had this violent abduction of the Chibok Girls occurred anywhere in the West, 219 mothers would not have missed three Mother's Day celebrations with their daughters. The lives of poor African girls simply do not bear the same value as western lives. Period.

Unfortunately, we cannot overlook the fact that the 276 children kidnapped were girls endeavoring to level the playing field by getting an education. While the world hypocritically contends that "all lives matter," the reality I genuinely want the West to appreciate is the fact that this fight extends beyond whether or not girls have the right to be educated. There is a warped mindset permeating into the antediluvian thinking and belief that women are less valuable than men and thus, should be subjugated, disrespected and discarded. It is this mindset of inequality that needs to be re-evaluated and condemned because it certainly fuels more than just Boko Haram's ideology. Today it is education, but tomorrow it might be labor laws which justify and perpetuate inequities in pay, job access and promotions. We have already witnessed doors rudely slammed in the faces of courageous women who reach for the political stage, corporate board rooms, fortune 100 companies; these are real struggles.

Our increasing comfort level with human disconnection avails our willingness to continue the "othering" of each other. I shouldn't have to explain why 218 missing chapters in history matter, why 218 stolen voices matter and why activists for the missing Chibok Girls cannot be silenced. These girls are human beings who are being raped, beaten, starved, forcibly married, being used as human bombs and being trained as Boko Haram fighters in an effort to detonate their minds, bodies and souls. They are collectively our daughters and our sisters, because we share this common humanity. My hope is that everyone reading this 900-day lament will be moved with indignation, anger, compassion; whatever compels action. It is not enough that the majority of us will recline comfortably in our erroneous belief that what happens in Africa stays in Africa. It does not and has already reached Western doorsteps in visible ways.

900 days later, this is a direct call to action to Nigeria's President, Muhammadu Buhari. It is a call to President Barack and First Lady Michelle Obama who held up a #BringBackOurGirls placard in solidarity 900 days ago. This is a call to all world leaders who are in a position to re-write the script for 218 girls whose resilient souls are surviving in the face of pure evil. It is fundamentally an abuse of power when leaders in a position to appropriately use their power miserably and intentionally fail to do so.

It is a call to each of us individually because more can and should be urgently done, as Chibok mothers continue to ask, "Where are our girls?" What will history say of the generation that slept while children were brutally annihilated before our very eyes? We cannot pretend we do not know.

If we choose to, may God forgive our trespasses.