Fox has ordered a reboot of “Beverly Hills, 90210” that will air this summer and feature most of the original cast members.

Jason Priestley, Jennie Garth, Ian Ziering, Gabrielle Carteris, Brian Austin Green and Tori Spelling are all signed on for a six-episode season, according to Variety.

The show, titled “90210,” will take a different tack from a typical reboot.

According to a network press release, the cast members will play “heightened versions of themselves in a brand-new serialized drama … inspired by their real lives and relationships.” The new show will include “a healthy dose of irreverence.”

Spelling gave E! Online a few more details about what that will mean:

It’s not technically a reboot, because I feel like everyone has seen the reboot. We don’t want to be the last ones like doing the reboot thing, and no one wants to see like old versions of ourselves, but they do want to see us playing our characters, so what we’re doing is the entire cast is playing heightened versions of themselves.

Think “Curb Your Enthusiasm” episodes, in an hour-long show, and we’re all playing heightened versions, so it could be fictional, it could be non-fictional, people will have to guess. And then we will have pop-ins, because we’re behind the scenes trying to do the reboot.

The new show has been hinted about for some time. In fact, Spelling first suggested it might be a thing last May.

No word on whether the Peach Pit will be the hangout in the new version. 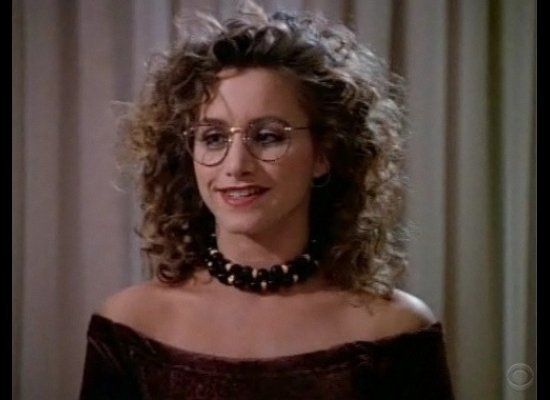 1 / 10
Andrea Was Almost 30
Gabrielle Carteris (aka Andrea Zuckerman) was known for two things: her intense crush on Brandon and the fact that had she dated a high schooler in real life it would be statutory rape. Carteris was born in 1961, almost 20 years before her character was.