In the wake of the Sept. 11 attacks that killed nearly 3,000 people, well-meaning supporters rushed to establish nonprofits that could address victims’ pressing and long-term needs.

In the immediate aftermath, the IRS fast-tracked the approval of 300 new Sept. 11-related charities. But by 2006, one-third of the nonprofits couldn’t be located and 38 had closed, Sandra Miniutti, vice president, marketing and CFO of watchdog group Charity Navigator, told The Huffington Post via email.

The reasons so many of these nascent nonprofits were defunct were varied -- and likely inevitable.

For one, many of the leaders of these new organizations lacked the infrastructure and know-how to run an effective disaster nonprofit. Even many large, established organizations with experience in dealing with major tragedies struggled to deliver.

"How is a brand new entity, without even basic things such as stationery, supposed to provide effective aid?" Miniutti said. "It is no wonder that new groups folded."

The other issue was that the public quickly grew wary of these organizations after a number of scandals came to light.

The American Red Cross, for example, raised more than $564 million for its designated 9/11 effort, the Liberty Fund. But the organization was scrutinized when it was revealed that it had only distributed $154 million and planned on setting aside the rest for future needs, but didn’t disclose that fact to their donors, CNN reported.

In late October 2001, the group yielded to mounting public pressure and stopped accepting donations for the fund, according to Fox News.

The defaming Red Cross scandal had an impact on Americans’ views of the effectiveness of charities, according to a survey conducted by New York University’s Robert F. Wagner Graduate School of Public Service.

It found that in July 2001, 25 percent of Americans said they had "a lot" of confidence in charities. By May 2002, their confidence dropped to 18 percent.

Finally, many groups could not combat the "out of sight out of mind" phenomenon that followed soon after the attacks when people were no longer inspired to give. Many groups were competing for a shrinking pool in order to survive.

Thirteen years later, however, five charities developed in response to the tragedies managed to weather the challenges and continue to make a major difference in the lives of people who were affected by the attacks.

What they have in common are their timeless long-term goals.

Established within one week of Sept. 11, 2001, the Families of Freedom Scholarship Fund provides education assistance to dependents of those killed or severely injured in the attacks. Since it was founded, it has awarded more than $100 million. Part of what helped distinguish this nonprofit was the fact that it was developed as a program of a larger, established charity, Scholarship America.

Find out more about the Families of Freedom Scholarship fund and how you can get involved here.

This organization honors and remembers the victims of Sept. 11 through its museum, a panel on which every victim’s name is inscribed and a repository for the remains of victims, which has a private space exclusively available to family members.

Find out more about the 9/11 Memorial and how you can get involved here. 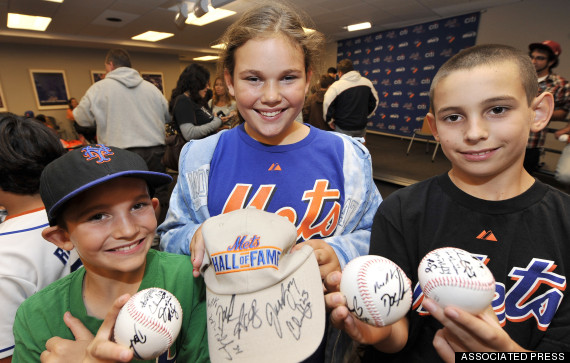 Tuesday’s Children was established to address the changing needs of kids who lost parents on Sept. 11 by providing mentoring, volunteering, career development and mental health and wellness programs. The organization has grown to also include aiding communities that have been affected by other traumatic events and stepped in, for example, in Newtown after the Sandy Hook Elementary School shooting in 2012.

Find out more about Tuesday’s Children and how you can get involved here.

Harnessing the expertise of the New York City’s police officers and firefighters, HEART 9/11 dispenses its volunteers to areas hit hard by tragedy to assist in rebuilding to remind the world of the Big Apple’s safety, security and spirit. The organization helped create an environment of healing after the Newtown school shooting, builds homes for injured veterans and continues to respond to the needs of Haitians affected by the 2010 earthquake.

Find out more about HEART 9/11 and how you can get involved here.

While serving as a demolition supervisor at Ground Zero, John Feal was severely injured when a giant piece of steel fell on him and part of his left foot had to amputated. Because the injury didn’t happen within the first 96 hours after the attacks, he wasn’t eligible to get help from the victim compensation fund established by Congress. That’s what inspired him in 2005 to develop the FealGood Foundation, a nonprofit that secures care for first responders who were injured mentally or physically during the rescue, recovery and cleanup efforts.

Find out more about the FealGood Foundation and how you can get involved here.