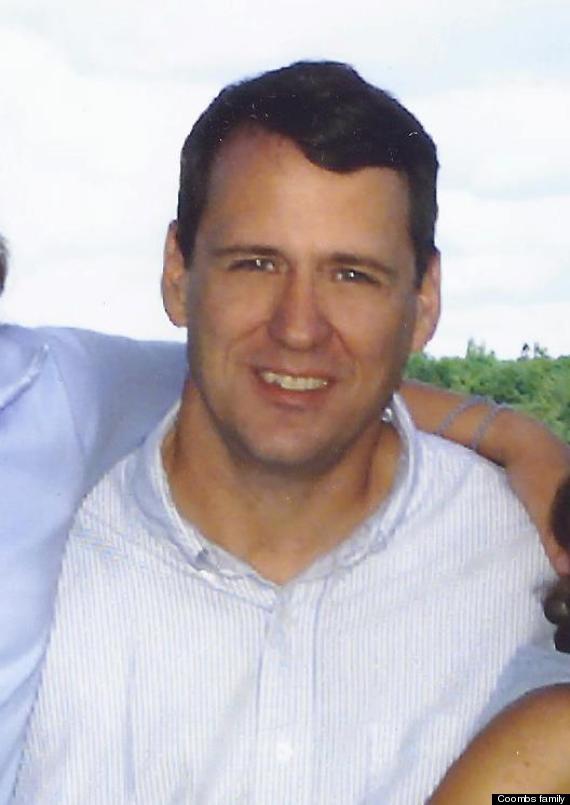 I'll admit it: I have been afraid to go to Ground Zero. Since 9/11/01 I've probably been to New York City 10 times. I have no excuse but just what I've said -- Fear. Fear of what? The horror? Empathy? Sympathy? My imagination? The human heart? That there would be an element of voyeurism? That somehow it wouldn't be memorialized in a way that felt reverent?

Then I met Christie Coombs.

She came to one of my Haven writing retreats in Montana. I started Haven in an effort to be of some sort of service in this beautiful and heartbreaking thing called life. Writing is the primary way I know how to process life. I write as a lifeline, as a seeker, and to understand. People who come on my retreats are made of the same heart language -- kindreds who are often in a time of transition, longing to not be emotional victims in response to the pain that has come their way; longing to heal through creative self-expression. For Christie, that pain began on that fateful day when her husband, Jeff Coombs, died on Flight 11 from Boston, bound for San Francisco, only to meet with a destiny that forever changed the world. And Christie is writing about it. We need her to. It gives us permission to see further into what we experienced that day in person or on TV or in newspapers and magazines across the globe. We need the personal stories of the people who lost the most. To know what it was like microscopically, then and now, and she is not afraid to do just that.

She started the Jeff Coombs Foundation and works tirelessly to honor his memory through giving back to families who have suffered great loss and are rebuilding their future. She has turned pain into answering the most powerful question I know: what can I create? And she answers it every day. 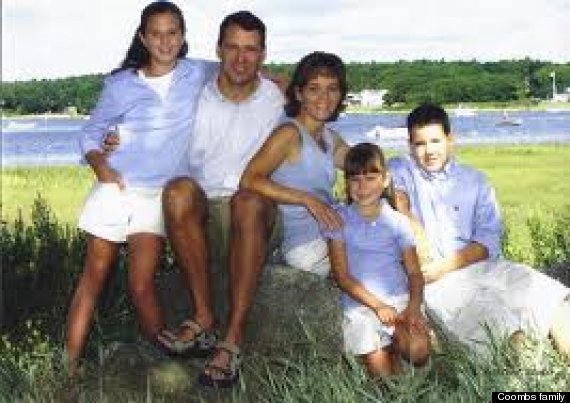 A few months ago, I was in New York on business, and Christie invited me to come to the 9/11 Memorial. She offered to drive down from Boston, and to show me around, including the temporary museum which holds personal effects and photos salvaged from the site, as well as the church down the street which served as a community gathering place and held first responders as they did their brave and unconscionable work. And she showed me the "Survivor Tree," a pear tree, which she explained miraculously made it through both the bombing of the World Trade Center in 1993, as well as 9/11.

As we stood at the memorial, staring at the cascading waters that run down the footprints of each tower, and the bottomless, yet re-generating square hole in the middle... sending water back up and down, flanked by the names of the dead... I was breathless. I didn't know what to feel or what to say or what to do with my hands or how to even stand there. I just went on overwhelm, watching people embrace and weep, but mostly watching Christie for cues.

She told me the stories of the people on Flight 11, whose family members she now holds dear. She humanized it; told me the way it went down from the pieces they have all put together, paired with the facts from the airlines. It's all gruesome and brave and terrifying... and it just... doesn't... make... any sense. Not at all. I've never wanted to make sense of something more, standing at that memorial, looking at Jeff's name carved in metal alongside the other fallen from Flight 11.

I looked at her, running her hand over his name. Should I intrude upon the sacred moment between the two of them? Should I leave her alone? What was she feeling? Did I have any words that might help? Of course not.

She saved me: "There's no sense to be made of it, so don't try," she said somehow smiling as I let the tears go.

"You give us permission," I said.

When we finished our time in what I believe is the most reverent place I've ever been, she said, "I want to show you something cool."

Cool, I thought? How could there be something cool in any of this? And she took me to the gift shop. There, she showed me a necklace-leaves from the Survivor Tree cast in metal. "I'd like to get this for you," she said, bringing it to the counter.

It meant the world to me in that moment. I have it over my desk as I write. We can all bloom, no matter what's going on in our lives.

Life doesn't make sense. But the action of paying homage to the pain, creating something that builds community and reverence out of the inevitable ashes of life, feels essential in our healing.

Nobody wants this VIP ticket, but Christie uses her "membership" to the memorial park with a sense of belonging; pride even. She is a master at finding and building community in tragic loss, and the day we spent together at the 9/11 memorial changed my life. Thank you, Christie, for showing us how to survive... even in this.

To all those who lost loved ones in 9/11, I send you love from Montana.