The deep-discount retailer 99 Cents Only Stores announced Tuesday that they were setting their sights on Rodeo Drive in Beverly Hills, Calif. as the next location for their newest store.

That's right -- Rodeo Drive, where three blocks of couture fashion boutiques sell suits for tens of thousands of dollars and there's an unspoken dress code if you want to be treated like you might buy something (cue "Pretty Woman" montage).

Is this a stunt? A statement about America's growing inequality? A late April Fools joke?

None of the above, assures company president Jeff Gold.

"We are quite serious," Gold writes in an email to the Huffington Post. "We would love to open a store on Rodeo Drive and we are not doing this to prove a point, other than that 99¢ Only Stores is a tremendous destination for values on quality everyday household needs, for everyone… not just the 99%."

While the news might have some clutching their pearls, the numbers simply don't add up.

A 2009 study revealed that retail space on Rodeo Drive averages $500 per square foot, while 99 Cents Only Stores estimate that new stores do an average of just $295 per square foot in net sales.

Still, Gold writes that their highest volume store, a location on nearby Wilshire Boulevard, pulls in over $10 million in annual sales. "We would expect that a good location on Rodeo drive could potentially be our highest sales volume store," continues Gold, "and we would certainly sell significantly more product at our 99¢ Only Stores than any other merchant on Rodeo Drive."

Those are some bold words and a challenge for Rodeo Drive retailers, who are struggling to pay high rents despite their languishing sales.

But anyone who lives in Los Angeles knows that chutzpah alone isn't enough to take on parts of Beverly Hills' notoriously protectionist community. LA Mayor Antonio Villaraigosa has accused residents of the wealthy city of trying to kill plans for the "subway to the sea," a metro line that would tunnel underneath Beverly Hills High School.

"Remember: Beverly Hills has a history of opposition to the subway,” Villaraigosa said to the New York Times. "I can’t tell you what their motivations are. They say they want it, but they don’t want it there."

PHOTO GALLERY
How To Shop At High Street Stores

99 Cents Only Store Looking For Retail Space On Rodeo Drive In Beverly Hills, Calif.
How To Shop At High Street Stores 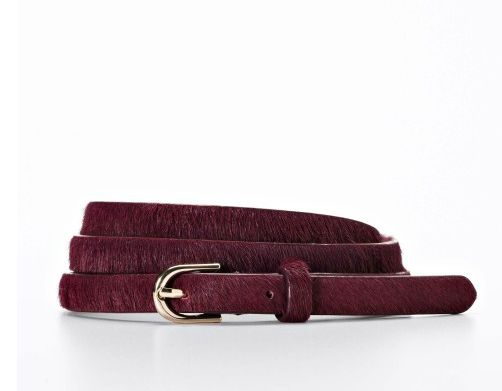 1 / 10
1. Try Unexpected Fast Fashion Stores
Instead of hitting the usual suspects (like Topshop and Zara) try other destinations that aren't as high traffic for picky fashionistas, but still offer tons of options. <a href="https://www.huffpost.com/entry/walmart-target-best-stores_n_1688038?1349217665" target="_hplink">Stores like Kohl's, Chico's and Talbots</a> can require some hunting, but since they are less-frequented the chances of someone else having your item is decreased. Taylor Haircalf Skinny Belt, $44 <a href="http://www.anntaylor.com/ann/product/ANN-Must-Have-Outfits/SEP1031M/Haircalf-Skinny-Belt/289639?colorExplode=false&skuId=11833529&catid=cata000023&productPageType=fullPriceProducts&defaultColor=1479">Anntaylor.com</a>