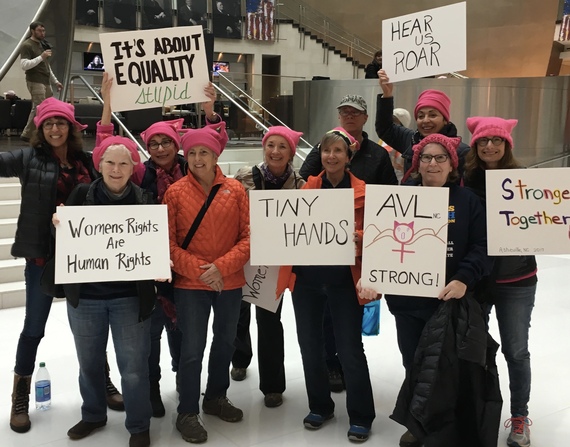 On Inauguration Day, at 0-dark-30 women armed with nothing but pink hats and attitude, showed up at Los Angeles International Airport to start the long trek to Washington. My daughter and I drove to LA the day before from California's Central Coast. We were to going to take any chances missing what we thought would be the biggest congress of nasty women since we fought for Roe vs. Wade in 1973.

I went because I fought for women's rights in the 1970's and now, in my mid-70's, I couldn't believe I had to battle again. My daughter who lives near me, and my step-daughter, who lives in Florida, are both in their 40's and I was happy that they felt the issues were important enough to warrant their joining me.

We had no idea what to expect - would it be as well attended as we dared to hope? Would we have spent time, energy and money on a wild escapade that would fizzle? Would we be in danger of arrest, Gunplay or worse? We did know that men, women, and children of every ethnicity, religious and sexual persuasion were gathering to demonstrate their demands for inclusion, respect and fairness in our country and we wanted to be part of it. The night before we arrived my daughter and I both confessed to ambivalence and trepidation. We were excited to make the trip, but concerned about the unknown results.

The moment we entered the airport, we recognized fellow marchers and fear gave way to delight, Some people wore pink hats with pussy ears, some wore T-Shirts with slogans, but even those who were not sporting gear were easy to spot. Their expressions of determination, excitement, and camaraderie were unmistakable. We smiled and nodded to one another with knowing glances as if we'd all skipped school or joined a secret society. Even in our sleep- and coffee-deprived conditions, we sensed that a surge of humanity was heading for our Capital.

Newark terminal, where we were to make a quick connection, was filled with women - elegantly turned out matrons from New York, moms with children in strollers, older women that I knew, like me, had fought the good fight forty years earlier! We greeted one another with thumbs-ups and knowing grins, sharing stories and expectations. It was if we were meeting long-lost friends at a reunion. The puddle-jumper plane was mostly populated by "our" crowd. Since I had the first seat, I was next to the tiny galley and the flight attendant, and she and I shared our stories. 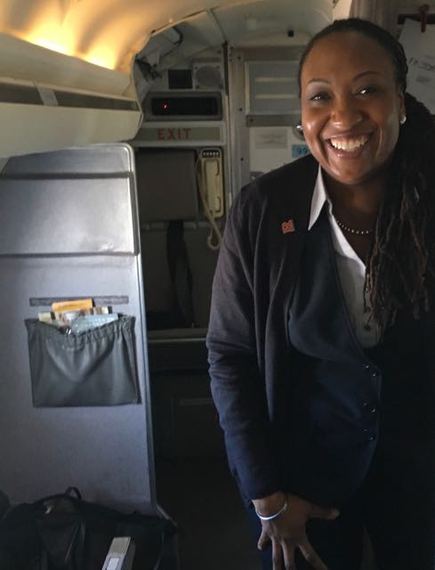 She slayed me when she said, "I've never had this much estrogen on a plane in my whole career." I told her I planned to write a piece for HuffPo and once we were airborne, she handed me her microphone so I could ask the passengers to put on their hats for a photo. They slapped on their hats and erupted in cheers and applause. We were on our way to give the new administration our message! 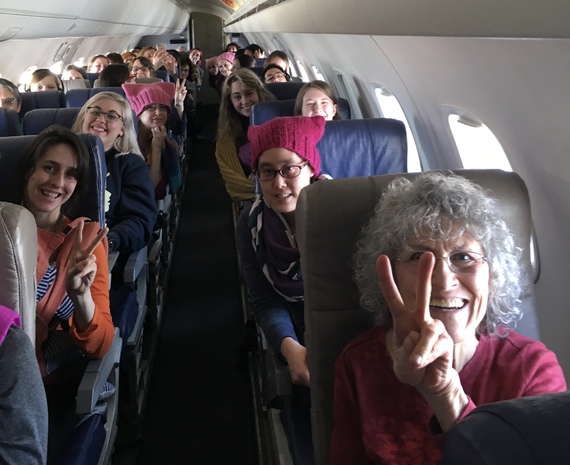 The combination of Inaugural attendees and protesters overwhelmed Washington's streets. The drive to our hotel, where we would meet my stepdaughter from Florida, should have taken 15 minutes. It took an hour and fifteen minutes. In the lobby Trump supporters in their ball gowns, fur coats, tuxedos, big hair, and bling, were weaving through our crowd in their pink hats, parkas, walking shoes and backpacks. Both groups respectfully ignored one another. Perhaps at that moment both were getting what they wanted and saw no reason to argue about it.

The same sense of tolerance prevailed in bars and restaurants. One Trump enthusiast from Indiana shared our breakfast table, and although she just couldn't work out why women were so unhappy, she didn't throw her croissant at us. We parted peacefully and set off for the march. 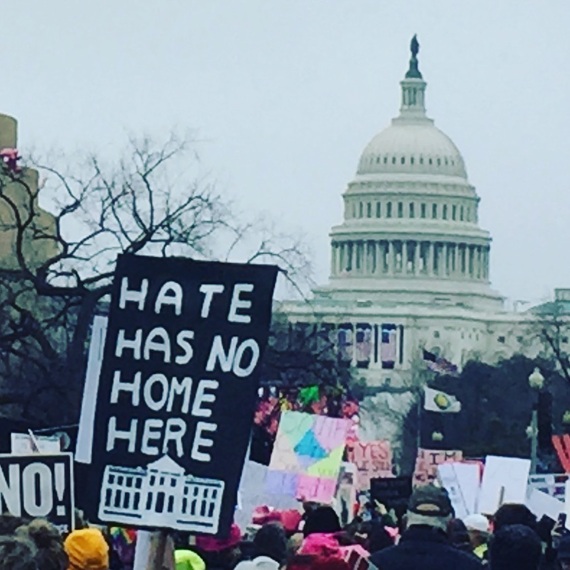 As we moved into the crowd, I was overwhelmed by the sense of solidarity, purpose and, yes, love, I felt around me. The march was the largest in the history of the capital; some say 500,000 people were there, and yet I never saw anyone being rude or mean. People watched out for one another and behaved as if we were all one family. It was a profound experience for me, surrounded by thousands of my fellow citizens committed to standing up for their beliefs. By now everyone has seen the brilliant homemade signs and banners, the sea of pink hats, the fervor of the inspired speakers and the faces of the marchers responding to their messages.

My worries about safety and lack of participants were completely unfounded. I can add nothing more that hasn't been said, except that I am proud to have been part of a historic occasion.

When I wrote this essay a week ago, it ended this way: We have faltered and been mislead, but we will save our country from disaster. I believe that America has always been and will always be great, but we must continue to protect it with action.

I still believe what said, but after eleven days of shock and horror at the havoc this administration has wrought, my personal commitment has deepened. I have my own marching orders.

Last week I met with a group of local women to plan our actions. We may not be in Washington, but we must make our voices heard! The DC experience is just the beginning for this grandmother! 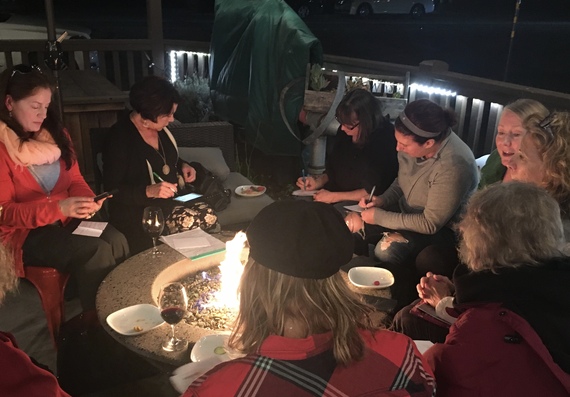