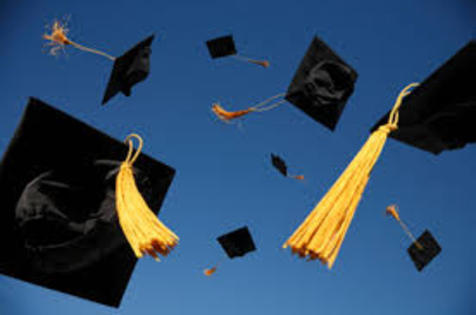 The Louisiana Department of Education (LDOE) hides information and releases delayed or partial information in an effort to keep the public ill-informed regarding the state of education in Louisiana and especially as concerns the now-all-charter Recovery School District (RSD) in New Orleans, which LDOE Superintendent John White and other well-positioned, well-financed privatizing reform cronies actively endeavor to market as a national model.

What follows in this post will cause them problems in fashioning their RSD success advertisement via graduation rates.

In the discussion that follows, I reference annual state education reports from years past and that I was able to recover using the internet archive, Wayback Machine.

Let us begin with a study in Louisiana graduation rate and completion rate term usage and calculation.

By the 2003-04 report, "graduation rate" was still defined as the number of seniors graduating. However, "completion rate" was divided into three types:

2. NCES Status Completion Rate--answers the question: "of those students (18-25 year olds) who have left school, what proportion have done so as a high school completer?" This calculation, using the U.S. Department of Education data and Census Data, takes the total number of 18-25 year olds in a population and divides by the reported number of high school graduates.

4. Cohort Completion Rate--answers the question: "of the students that started the 9th grade, how many graduated with a high school diploma 4 years later?" This method involves the tracking of a cohort of 9th grade students for 4 years. Students that left the state or went to a nonpublic school are removed from tracking, all other students were either counted as a high school completer or a dropout. This is the most comprehensive and accurate method of calculation that provides information about a state's ability to graduate its students in four years. Thus far, this rate is not calculated at the national level nor is it calculated by Louisiana on an annual basis. Louisiana is developing statistical programs in order for these data to be calculated in the future.

This is the method that the NISS task force has recommended to NCES to use as the basis of comparison for all states regarding high school completion. This method answers the question, "of the students that started the 9th grade, how many graduated with a high school diploma 4 years later?" This method involves the tracking of a cohort of 9th grade students for 4 years. Students that left the state or went to a nonpublic school are removed from tracking; all other students were either counted as a high school completer or a dropout. This method yields a 4-year completion rate of 52.6% (with 6.6% still in high school after 4 years) for Louisiana.

This is the most comprehensive and accurate method of calculation that provides information about a state's ability to graduate its students in four years. Thus far, this rate is not calculated at the national level nor is it calculated by Louisiana on an annual basis; Louisiana has only calculated this cohort rate one time. Louisiana is developing statistical programs in order for these data to be calculated annually in the future. [Emphasis added.]

Here's what that 2006-07 annual report has to say about the decision to standardize graduation rate calculations:

While these topics seem to be very straight-forward concepts, there is much variance and difference among the states in how these rates are calculated. The federal No Child Left Behind Act (NCLB) requires states to consider graduation rate when making Annual Yearly Progress (AYP) determinations for school districts and high schools. The legislation gives states a great deal of latitude to set graduation rate benchmarks, but does provide several specific requirements for how graduation rates must be calculated.

In 2005, the National Governors Association assembled a task force of governors' advisors, state education officials, education research and data experts, and representatives of organizations of state officials. The task force developed consensus on a series of recommendations, including a common formula for calculating high school graduation rates. All 50 governors have signed NGA's Compact, agreeing to build their states' capacity to collect and report accurate graduation data and to use a common graduation rate definition (NGA, 2005). This initiative will take steps to implement a standard, four-year adjusted cohort graduation rate tentatively scheduled to be reported by all states by 2010. In response, the National Center for Education Statistics (NCES) will publish an interim estimator known as the Averaged Freshman Graduation Rate.

In 2006-2007, Louisiana began calculating this recommended four-year cohort graduation rate. The following section provides the data for Louisiana and the nation with regard to the methods of calculating graduation and completion rates that were described above. [Emphasis added.]

This is the first year that Louisiana has calculated a Graduation Rate and a Graduation Index that is based on a cohort of students for use in the School Performance Score of each school with students in grade 12. The Graduation Rate is the percentage of a school's graduation cohort that obtained a regular high school diploma. Each cohort of students is tracked for four years, from entry as first-time 9th grade students through the 12th grade. This type of cohort will allow additions into the cohort but any student who exits a cohort for other than legitimate reasons will be considered a dropout in graduation rate calculations.

Note that the first cohort graduation rate calculated for Orleans (and likely using Class of 2006 data) was affected by the disruption of Hurricane Katrina.

In May 2014, researcher Adam Johnson tried to track that alleged 54.4% to a primary source. Even the Louisiana Department of Education (LDOE) could not verify the number.

That is because the first cohort graduation rate for Orleans Parish Schools was not calculated until post-Katrina- in 2006-07 (and likely using data on the 2006 graduating class- see Excel file referenced below).

According to LDOE archives (that LDOE has tried to erase), prior to Katrina, only one Louisiana cohort graduation rate had ever been calculated. It was for the state as a whole: 52.6%.

Thus, the oft-cited "54.4%" as a pre-Katrina cohort graduation rate for Orleans Parish is nothing more than a statistical unicorn, a fabrication that was helpful in selling all-charter, state-takeover RSD.

Once Louisiana began calculating the now-common cohort graduation rate for the state- which happened post-Katrina- it also annually calculated such a rate for both Orleans Parish schools and RSD New Orleans, as well.

The above file originates with LDOE and includes the 2013-14 cohort graduation rates for the state and for districts. However, it seems that LDOE is not ready to post 2013-14 cohort graduation rate info on its website. (Indeed, LDOE did not post the 2012-13 rates until July 2014.) Alas, the 2013-14 rates were made available in April 2014. In her April 06, 2015, article entitled, Best and Worst Louisiana Public School System Graduation Rates, Nola.com reporter Jessica Williams included the LDOE Excel file at the end.

The Excel file in Williams' article no longer opens.

So, I tried the Wayback Machine archive. It worked, and the Excel file is now linked above as a working part of my post.

That Excel file allows the public to view RSD "success" from a more realistic vantage point- across the years and in comparison with the state.

Here's what is particularly bad for marketing RSD New Orleans:

The fact that the state cohort graduation rate continues to rise even as both Orleans Parish and RSD New Orleans are slipping also does nothing for the sale of the Common Core State Standards (CCSS) as The Louisiana Solution.

So, how does RSD Superintendent Patrick Dobard try to market this awkward reality as "improvement"?

He only compares two rates and calls it success. Here is the official RSD announcement of its 2013-14 grad rate- within months of the Class of 2015 graduating:

NEW ORLEANS, LA (April 6, 2015) - Today, the Recovery School District released data showing that increasing numbers of its students are graduating from high school on time and are enrolling in post-secondary institutions. The RSD saw a 1.6 percentage point increase in its New Orleans cohort graduation rate from 2013 to 2014, bringing it to 61.1 percent and representing an additional 180 students that completed high school on time. [Emphasis added.

In his April 06, 2015, press release, about a graduation that happened almost a year earlier, Dobard is careful to only present data for two years.

This intentional marketing of RSD as an "improving" product reveals the priority to promote an image rather than truth.

It's all part of the sale, part of the effort to manipulate the actions of prospective RSD buyers.

Partial information that lacks sitcom humor because it is a carefully-crafted, real-world deception.

This post is an abbreviated version of one originally posted on 06-17-15 at deutsch29.wordpress.com

She also has a second book, Common Core Dilemma: Who Owns Our Schools?, newly published on June 12, 2015, by TC Press. 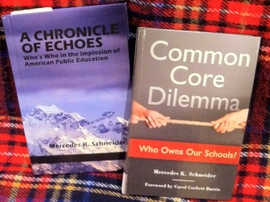