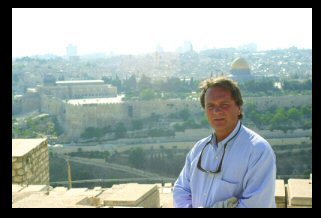 In the face of terrorist threats, America has been on the brink of fantastically ill-conceived and illegal action well before 9/11 and the days of abusive interrogations, only to backpedal from that precipice after adult supervision prevailed, said Robert Baer, America's most celebrated spy, in an interview. How does Baer, who was loosely portrayed by George Clooney in the movie Syriana, know this? Some of those half-baked, crazy ideas were his own.

In the interview, Baer describes some of his most outlandish proposals and portrays the CIA as an organization that regularly forwards crazy suggestions of questionable legality and viability. It is up to the political leadership to reject those ideas that could hurt the reputation of the agency--and the country. Indeed, Baer said, CIA officials after 9/11 forwarded the so-called enhanced interrogations proposal with the expectation that it would be turned down by the White House. Such ideas usually were. But the former Vice President Cheney's recent comments make clear just why they weren't.

During the mid-1980s, after Abu Nidal terrorist attacks on airports in Rome and Vienna, the atmosphere in Washington was tense and the CIA was asked to come up with a counter-terror action plan. Baer said:

"The White House said, 'we have to get serious about terrorism, we have to do it. And you guys have to come up with plans. Anything.' And we came up with crazy plans. Frankly, I was involved in some of these and we took them to the lawyers. We took them to the White House and the Near East Division. There was adult leadership, and they would say no. We were overruled. There was an adult sensibility that was brought to this. But there wasn't as much panic as there was in 2001."

That adult sensibility is crucial because in covert action, "you always have people that sit around and think about the craziest idea possible," said Baer. "And you put it in a list of things you can do, fully expecting the White House or the State Department to say no. But CIA doesn't put a value on this. You simply forward those suggestions to Washington, not recommending them one way or another, to give the policymakers options."

What's more, Baer--who received the CIA's Career Intelligence Medal in 1998--says that he and other CIA officials were often encouraged to think unconventionally--very unconventionally. Many ideas were shot down immediately. "There was a time at the CIA when these dumb ideas would come up and it was almost on the level of pranks," Baer said, recalling a suggestion to drop live pigs on Mecca with a Russian airplane. "No one took it seriously. But if you really wanted to ruin Russian relations in the Middle East, that would be it. And they even had a Russian airplane to do it that opens up in the back. But no one ever expected they'd go through with it--and get away with it."

One of Baer's own far-out ideas, though, gained considerably more traction before it was wheeled back from a legal and political abyss at the eleventh hour. In that case, a panicked White House was grappling with a hostage situation in Lebanon. The sense of alarm did not reach 9/11 proportions, but unmitigated pressure circled the White House. And interestingly, the contours of Baer's proposal were in effect resuscitated years later when the White House was again under pressure, in the aftermath of 9/11, as the torture report reveals.

During 1985 and 1986, the concern for American hostages being held in Lebanon peaked after the CIA's chief of station in Beirut had been beaten and later died. "The White House came to us, [John] Poindexter and [Oliver] North, and said, 'think up anything.' " So Baer suggested a bare-knuckle plan to get the American hostages back: the United States could take hostages of their own, targeting the relatives of the Mughniyya and Hamadi clans that were holding the Western captives. "Oliver North said, 'pursue it.' ...Those were the kind of ideas that were batted around that got turned down. I was right in the middle of that. So when the CIA said, 'we could do enhanced interrogations,' people thought they'd never accept it--the White House or Justice."

As the Senate report makes clear, though, later, in wake of 9/11, that general concept of taking hostages was implemented. The report said that, in order to pressure one of its detainees to talk, the CIA imprisoned his mentally challenged relative and taped his crying. What concerns Baer just as much as the legal and moral questions of the "enhanced" interrogations is the astonishing incompetence with which they were conducted.

Baer said that when he conducted interrogations, particularly on the Hezbollah-aligned groups in Lebanon, he was guided by tireless research, which he catalogued on 3x5 index cards.

"The only way I could conduct an interrogation or a questioning was if I referred to those facts. The person being questioned had to be able to reproduce that information I knew to be true or have a plausible explanation as to why he wouldn't have known it.

As a result, when captives were questioned, Mitchell and Jessen--who were paid $81 million for their role in the interrogations--had no real way of knowing if detainees were telling the truth. " 'I have a hunch he's not telling the truth so let's water board him again' [the psychologists would decide]. So this is completely nuts," Baer noted.

As the torture report suggests, Baer contends that there was no shortage of officials within the CIA that felt the enhanced interrogations were a bad idea. And though the report takes central aim at the agency, Baer maintains that the CIA is a risk averse organization that will perform at the standard the political leadership sets. The panic that set in at the White House during the hostage situation in Lebanon ultimately led to the Iran-Contra fiasco, Baer points out. The fall out of the 9/11 catastrophe weighed heavily on the White House and, by extension, the CIA. As a result, the agency is now reckoning with the biggest scandal and ignominy of its history.

The Senate torture report shows that detainee abuse was used not as a last, but sometimes as a first, resort after 9/11. Torture was executed not in a painstaking, precise manner, but by interrogators who lumbered casually and carelessly into it. Former Vice President Cheney's public comments make clear that the tone for such action was set at the top.

On Sunday, Cheney defiantly claimed he would sign off again on what is billed as torture by the Senate report. Indeed, Cheney has long made clear that he broadly sanctions various forms of torture. He exonerates those that even went beyond the procedures the executive authorized. In August 2009, Chris Wallace asked Cheney: "So even these cases where [interrogators] went beyond the specific legal authorization, you're OK with it?" Cheney responded with a succinct: "I am." Cheney also maintained that Americans should be grateful for the actions of such abusers. On this point, there is no need for an inquiry. It is a matter of public record.

Given the breadth of Cheney's comments, the portrait that seems to emerge of the vice president is a confrontational, almost ubiquitous official who believed in torture almost as a matter of faith and principle. Cheney seems to believe in torture as a moral imperative. The Senate report makes public the CIA's actions. Cheney's public comments shed light on why they were given the green light, when so many others believed such proposals would be fed into the office shredder, along with dropping live pigs on Mecca.