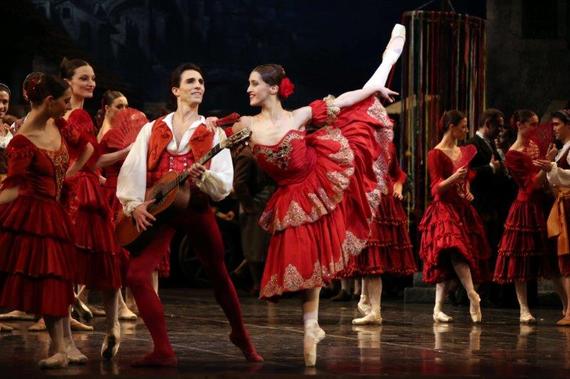 From the outside, la Scala looks like any other obscurely important building in Italy, where 51 UNESCO World Heritage sites scatter around without ostentation and every corner hosts some gem you've never heard of. In fact, compared with its surroundings -- the lux Galleria Vittorio Emanuele II, which includes the first-ever Prada boutique; the Milan Cathedral, the fourth largest Catholic church in the world; and the Sforza Castle, home to Michelangelo's last great masterpiece -- la Scala is not so impressive.

Until you enter. Enter, and you'll be entranced.

Tucked inside four rows, faces peep out of boxes like in period films about 19th-century aristocratic life. You can almost imagine the intermingling aromas of meals cooked by personal chefs, and dukes and duchesses playing cards, gambling, or gossiping about the hottest news with the latest Giuseppe Verdi score serenading them in the background. You can wonder at the surprise and elation felt by theatergoers as the locale lit up with electricity for the first time in 1883. You can be overwhelmed by the beauty of crimson red and gold lining the Teatro alla Scala, and that alone is something -- the venue, which opened in 1778, has made history time and time again. And now you're part of it.

Indeed, if you love ballet, that may have to be enough -- to be in the fray of things where some of the greatest choreographers and dancers of the last three centuries have made their mark. These days, the Company at la Scala is not the force that has made it so celebrated. It is in flux, with new director Mauro Bigonzetti appointed this month and a young slew of up-and-coming professionals taking on some of the most challenging roles in the classical ballet cannon. This changing of the guards shows, like at City Ballet a decade ago, and the work is not quite as elegant or illustrious as you might expect from one of Europe's most prized troupes. But some of the dancers have great talent and promise, and so like City Ballet now, la Scala's ensemble may blossom into the kind of artists that do justice to their legacy.

This month, the company is performing Don Chisciotte, based on Spanish author Miguel de Cervantes' timeless classic. In the United States, a version derived from Petipa is perhaps the most popular because it carries a modernity that defies the bounds of the late 19th-century. At la Scala, those in charge of the repertory instead choose to honor their long-time partnership with Rudolf Nureyev by presenting his rendition, which premiered on Vienna State Opera Ballet in 1966. This decision is part of the evening's problem -- no doubt Nureyev was a genius and a wonderful Basilio in his own right, but his take on Don Quixote harkens too often to character dance with awkward choreography that challenges typical balletic line. Because of the lack of fluidity in the staging, the story loses some of its spice and flavor, making it dry and antiquated despite extraordinary source material.

The sets and costumes are lovely -- especially Dulcinea's tutu in the dream sequence -- but there's something of an operatic grandeur to them that doesn't suit the ballet. La Scala has a tremendous depth, which dancers could use as an opportunity to travel. Instead, the sets impinge on the stage, cutting the space so that some scenes feel almost claustrophobic and marked.

These were the setbacks that already challenged the cast before the opening note of Ludwig Minkus' score. Then, there is the issue of novelty -- most of the performers were not seasoned veterans, but instead recent graduates of the Academy at la Scala. For example, Antonina Chapkina, a member of the supplementary corps de ballet, showcased her extension in the Queen of the Dryads variation from Act II, but what she lacked was control and presence, more like a Youth American Gran Prix semifinalist than a captivating soloist. Alessandra Vassallo, a corps member with the company, realized every young dancer's dream in the role of Kitri/Dulcinea, and while her technique was perfectly clean and tight, and she tried to be expressive, there was no spark behind her interpretation. Basilio, however, was the worst -- Antonino Sutero, who has been a principal with the company since 2010, could not land a tour, his attitudes and arabesques were more sideways than backward, and he never seemed to jump much higher than a few inches. 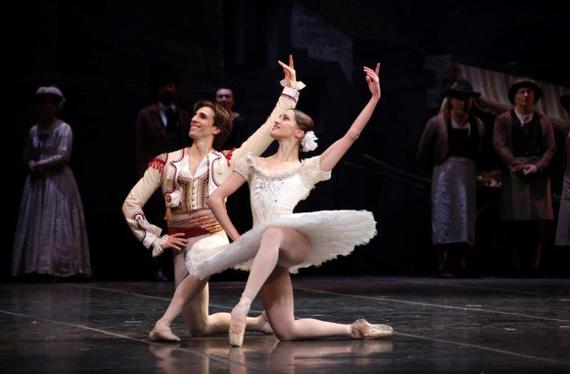 But not all is bad news: for every Sutero, there was an Angelo Greco. Greco debuted as Basilio in 2014, when he was 19, and he certainly would have made a phenomenal leading man. Instead, he played the gypsy chief in the second act with a solo that was much too short. Greco knows how to move, carrying the entire stage with power and domination. He reminds you of a young Marcelo Gomes or Carlos Acosta, his technique tidy, his energy high, and his charisma off the charts. He could be a great star if he wanted to be in the future.

Martina Arduino was equally impressive as the toreador's partner. She's also in the supplementary corps, like Chapkina, but she showed an unparalleled maturity and dedication to her choreography lacking elsewhere in the production. Her footwork was crisp, her attitude haughty. She'd make a nice Kitri in her own right.

And so altogether, the ballet at la Scala has room to grow. But it has the potential to grow, also, and what potential. If artists like Greco and Arduino reach their apex, they -- coupled with their gorgeous environs -- will truly be a spectacle worth watching.

Don Chisciotte plays through April 1 at the Teatro alla Scala in Milan.