In early 1970s Detroit, three black brothers formed a band called Death. In the heyday of Motown, their aggressive, raw, distorted sound was rare, especially for black musicians. The band broke ground before the Ramones struck their first power chords, releasing a demo tape in 1974 after a year spent practicing in a spare bedroom. An upcoming documentary titled "A Band Called Death" tells the unbelievable story of these visionary musicians. 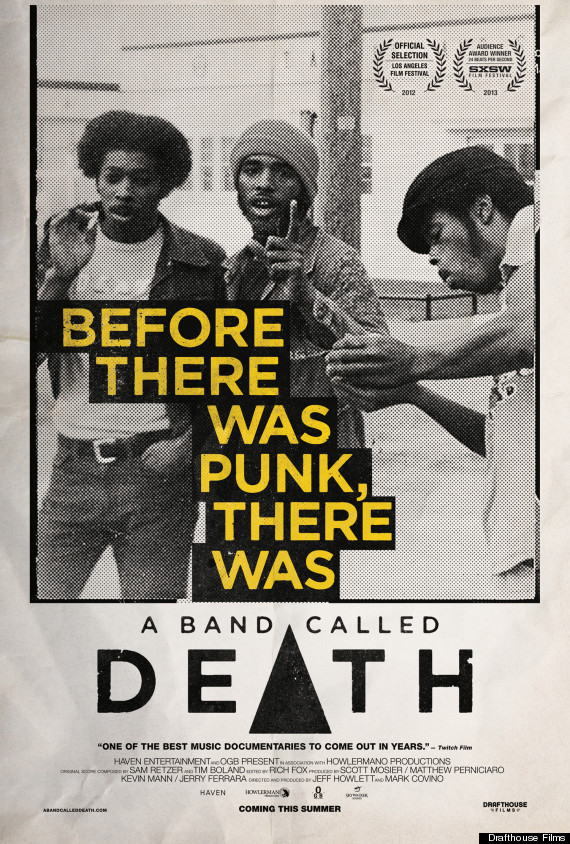 Inspired by the rock-n-roll stylings of Alice Cooper and The Stooges, Death crafted proto-punk songs that sounded like no other group at the time. Not only were they the first black punk band -- they were arguably the first punk band...period. As Mike Rubin writes in the New York Times in 2009, "Death’s newly unearthed recordings reveal a remarkable missing link between the high-energy hard rock of Detroit bands like the Stooges and MC5 from the late 1960s and early ’70s and the high-velocity assault of punk from its breakthrough years."

In 1974 the group -- comprised of Bobby, David, and Dannis Hackney -- was approached by Columbia Records mogul Clive Davis for a record deal, but Davis requested the band choose a more commercially relatable group name. Death refused. Bobby explained to NPR, the "concept was spinning death from the negative to the positive. It was a hard sell."

The group broke up in 1977, before completing a single album.

Part rockumentary and part testament to family love, "A Band Called Death" follows the young brothers' trajectory and devotion to their band's identity. The documentary received a lot of buzz at South By Southwest this year, and Questlove is a fan:

if "Sugarman" doc moved you....this will be your music doc of the year http://t.co/KvrqUAkO4R

"A Band Called Death," distributed by Drafthouse Films, hits theaters this June 28 and is available on VOD May 24. Download a free, never-before-released Death demo recording of "Politicians In My Eyes" from 1974 below: