I am not a fan of award shows. I don't understand a lot of today's music so I don't follow it. I may watch a red carpet show here and there but I'm fine if you give me my crime dramas and keep the other stuff.
On Tuesday night a little voice told me to watch and I was greeted by a performance that would rock me to my very core.
While going over the slides and editing my notes from psychology class earlier, I checked in on Facebook. A few status updates named people in cyphers that I had never heard of. I rolled my eyes and put my phone down to continue with my notes, but a nagging voice kept telling me to have a look and what I saw brought tears to my eyes and sobs from the very depths of my soul.
While Lecrae and T.I. delivered controversial yet effective messages in their performances, I was unprepared for what I felt as I watched Big K.R.I.T. 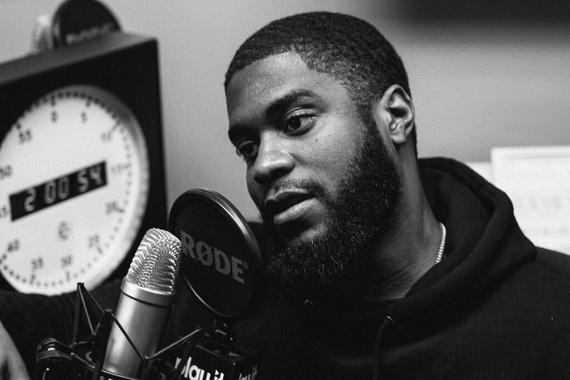 The stage is dark but for a spotlight that shines on a figure dressed in what appears to be a police uniform. He opens his mouth and his heart pours out.
The raw emotion with which he delivered his words, the words that so many are thinking, the feelings so many are feeling, is nothing less than awe inspiring. In less than two minutes Big K. R. I. T., a 30 year old rapper/producer from Mississippi, addresses police brutality with such a powerful performance that sent chills up my spine and tears down my face.
It's coming. The people are not going to stand for this much longer. It's time.

When you are compelled to do, you DO.

.
Download
Calling all HuffPost superfans!
Sign up for membership to become a founding member and help shape HuffPost's next chapter
Join HuffPost