We are used to thinking of the Ocean as a force of nature, but what about the Ocean as a major force in the global economy? After all, with a 'GDP' of US$2.5 trillion (about 5% of the global GDP) and assets modestly valued at over US$24 trillion, the Ocean is the world's 7th largest economy. Yet it has no seat at the G7, G20 or any other decision-making table, and there is no coherent strategy for preserving and nurturing this wealth.

The Ocean directly supports the livelihoods of over 3 billion people, puts vital food on the table for over 2.6 billion around the globe, and transports 90% of our internationally traded goods. Yet it has been chronically neglected - even in the sustainable development arena - and has suffered decades of declining health, largely as a result of human exploitation.

It's time for a concerted intervention to reverse this trend. It makes no sense for the powers that be to just sit by and let one of the world's financial powerhouses and a lynchpin of its entire economy quietly deteriorate without putting up a fight and reversing the trend.

Yet these impressive financial figures represent just a fraction of the Ocean's true worth to humanity and the functioning of our planet. Some contributions are impossible to price, like the fact that the Ocean provides the oxygen for every second breath we take, and absorbs 30% of our CO2 emissions, making it the largest global carbon sink. It has also absorbed 90% of the additional heat generated from these emissions as a result of which it is becoming warmer and more acidic at unprecedented rates. As we envisage a sustainable future we look increasingly out to sea for renewable energy production from offshore wind and tides, and to fishing and aquaculture to feed a growing population. Finally, the Ocean is also home to more than 80% of all life on Earth, much of which remains undiscovered but is already threatened by the impacts of climate change, pollution and overfishing.

A healthy Ocean is an absolute prerequisite both for maintaining the marine financial assets so vital to the global economy, and for allowing the Ocean to go on providing its life-giving services. To achieve this, a radical change is needed in the way we treat the Ocean. A 'business as usual' trajectory depicts a bleak outlook for the future. Unless urgent action is taken, accelerating deterioration of the marine environment puts us at serious risk of earth system-level collapse, resulting in immeasurable harm for people and the planet.

The Ocean, most of which lies outside state jurisdiction, is our common heritage and our common responsibility. These challenges must be tackled together and the benefits equitably shared. But global Ocean governance is patchy, fragmented and ranges from woefully ineffective to entirely non-existent, while marine resource extraction and use is unsustainable and in many cases illicit. We lack the international legislation, mechanisms and tools to solve the global ocean crisis. The Global Ocean Commission's 2014 Report not only points this out, but articulately elaborates on eight specific actions we can take - all scientifically backed and economically feasible - to restore the Ocean's health. 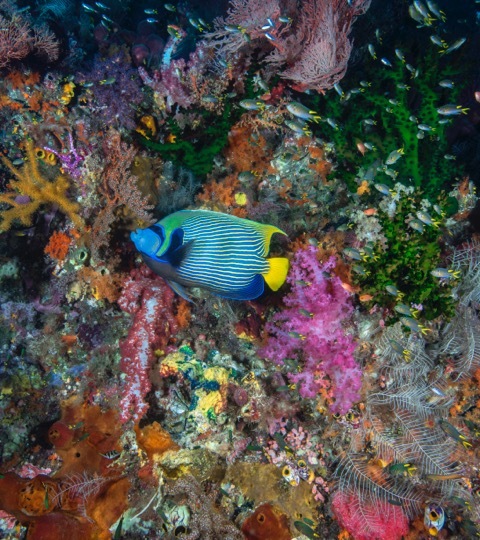 We should all recognize the value of the Ocean! We should demand and take action to restore its heath. We live at a time where unprecedented opportunities abound that can restore the ocean, but we have to seize them. Meeting these strong commitments will yield significant returns for global food security, livelihoods, climate security and biodiversity, and for business. From fishing and shipping, to tourism, retail and energy generation, ocean-related industries and businesses have everything to gain from a productive, flourishing ocean.

The ocean needs a 'Business Plan' such as the one set out by the Global Ocean Commission. This Plan incorporates viable solutions that directly and effectively reverse the cycle of decline and establish a way forward which enshrines good governance, sustainable development, and effective conservation for the common good.

Following last year's conference held in Chile, under the leadership of Minister Heraldo Muñoz, the third Our Ocean Conference has just taken place in Washington DC, once again bringing together visionary and bold actors and leaders - including many from business and industry - to forge partnerships and mobilize action. It was the second Our Ocean event hosted by U.S. Secretary of State John Kerry, and I want to personally thank him for his unwavering leadership on Ocean challenges during the past few years. The results speak for themselves: since their launch by Secretary Kerry in 2014, Our Ocean conferences have generated initiatives valued at over US$9.2 billion, and secured pledges to protect 9.9 million square kilometers of the Ocean. These commitments prove that many governments and corporations are ready to be ambitious and inventive in pursuing ocean solutions: we need to build on this momentum.

Our goal now is to accelerate and expand the process of building awareness and understanding of the importance of the Ocean to the business community, and the need for strong corporate engagement and leadership, and to develop and advance a Global Ocean Business Plan that promotes and stimulates ocean health.

A vibrant Ocean is one of the fundamental pillars keeping the global economy afloat. Thus taking action to protect it is one of the best investments we can make.