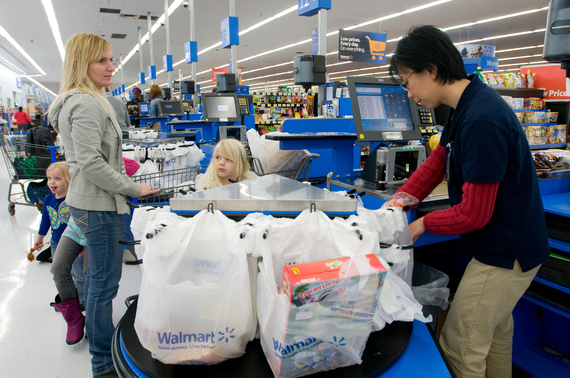 Last Wednesday, President Obama signed an executive order to raise the minimum wage for federal workers. The order also tied the minimum wage to an inflation index, helping to ensure that the wages do not stagnate as cost of living increases. The President has expressed hope that this move will be part of a larger push to raise wages across the board. However, that initiative will likely be the subject of serious debate in Congress, with Democrats and Republicans divided not only on the merits of raising the minimum wage, but on the wisdom of having a minimum wage altogether.

For those of us whose religious traditions form the core of our ethical strivings, we might rightly ask whether the Bible offers any guidance in helping us find our place within this debate. Does the Bible advocate a minimum wage, and if so, would it compel us to raise it?

At the heart of the Five Books of Moses -- literally, at its textual center -- is a series of laws sometimes called "The Holiness Code," so named because it begins with the imperative, "You shall be holy, for I, the Eternal your God, am holy." For this command to stand at the apex of the Pentateuch means that a central concern of biblical ethics is acting in a holy manner. While "holy" is a pretty nebulous term, this law code offers, at the very least, some examples of what constitutes holy behavior.

One way to be holy is outlined in Leviticus 19:16. Translations of this verse from the original Hebrew vary, but based on context and similar language used elsewhere in the Bible, it probably means, "Do not profit by the blood of your fellow." Being holy means not pursuing one's own livelihood in a way that endangers others, profiting at the expense of others' welfare. This imperative is profoundly relevant in our era of increasing economic inequality.

One implication of this verse is that business owners must prioritize their workers' livelihoods over their own personal profits. Elsewhere, the Torah equates a worker's wages with his very life: "You shall not abuse a needy and destitute laborer, whether a fellow countryman or a stranger in one of the communities of your land. You must pay him his wages on the same day, before the sun sets, for he is needy and his life depends on it; else he will cry to the Lord against you and you will incur guilt." (Deuteronomy 24:14-15). Here, the Torah presumes that many workers live hand-to-mouth and rely on their daily wages to provide for their (and their families') basic necessities.

Thus, if a business owner earns enough to cover his or her expenses and provide for his or her family, he or she is not allowed to keep any additional profit until he or she has ensured that the basic needs of his or her employees are met. To pocket additional, and strictly unnecessary, income, while one's employees cannot put food on their tables or a roof over their heads is, to me, the very definition of profiting at the expense of others' wellbeing.

From this, we learn that employers, unless they themselves cannot make ends meet, have an obligation to pay their workers at least enough to enable them to provide for their basic needs. If they do not, they are, in the biblical view, guilty of profiting by their workers' blood.

This imperative stands in stark contrast to our contemporary reality. The current minimum wage of $7.25 is not enough to enable the average family to live above the federal poverty threshold. And adjusted for inflation, the minimum wage has actually been declining since 1968 as the cost of living across the country has continued to rise. Not only is the average American who earns minimum wage unable to provide for his or her basic needs, he or she has been increasingly less able to provide for his or her needs for over three decades.

The situation especially violates the biblical imperative when one compares the profits enjoyed by the country's largest employers, and the wealth possessed by their owners, with the income and wealth-level of their employees. For example, Walmart is the largest private employer in my state, Pennsylvania (as it is in many states), where the minimum wage parallels the federal level. Last year, Walmart made $466.1 billion in revenue, yielding its shareholders $13 billion in dividends and share repurchases. The earnings made Walmart the second largest company in the world. According to New Yorker journalist George Packer, surviving members of the Walton family, some of Walmart's biggest earners, are collectively worth $23 billion dollars, making them worth as much as the bottom 30 percent of Americans combined.

Contrast this with the fact that Walmart typically pays entry-level employees minimum wage salaries, and even the best workers can only expect that salary to climb about $3 an hour over the 6 years of employment. That salary does not enable the average Pennsylvanian Walmart employee to provide for his or her family's basic needs. Are Walmart and other similar companies profiting at the expense of their workers' welfare? It seems hard to make an argument to the contrary. Therefore, their practices violate the Bible's labor justice ethic.

Since the government represents all of us, each of us is ultimately accountable for the treatment of federal employees, including contractors. My sense of biblical values makes me eager to see workers for whom I am at least partially responsible paid enough to enable them to care for their own basic needs. Whether all private employers should act similarly depends on whether they can afford it. Certainly, many employers, especially large and highly profitable ones like Walmart, Yum! Brands and McDonald's, can indeed. Therefore, from the Bible's perspective, they must.