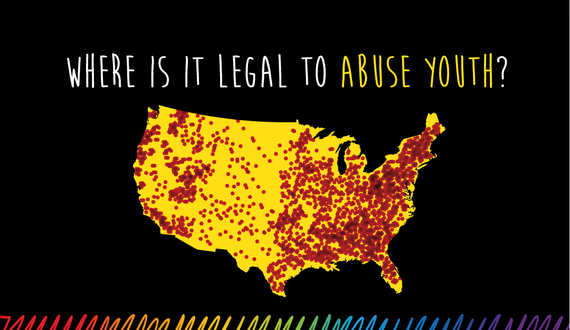 This piece was co-authored by Jodi Hobbs, the founder and President of the Survivors of Institutional Abuse (SIA) organization, which provides healing services to a national network of survivors

At one Southern California boot camp designed to help at-risk youth, a 16-year-old boy had reportedly been placed "in a dark room and beaten" and a 14-year-old girl arrived home "with bruises covering her arms." Another child had broken bones. Staff purportedly threatened children that they "would be found and get hurt badly" if they exposed the truth.

But these types of abuses at residential treatment programs are sadly nothing new.

In 1989, 17-year-old Jodi Hobbs was involuntarily admitted to Victory Christian Academy (VCA), a private therapeutic boarding school in San Diego, California. Unbeknownst to Jodi and her family at the time, a 15-year-old girl had died just one year earlier at a construction site while under the "reform" school's care. There were few questions about the girl's death -- ruled an accident at the time -- but it soon became clear that more should have been asked about activities occurring within the facility's 12-foot gates.

Enrollment to VCA was largely fueled by word-of-mouth as parents all over Southern California fell prey to advertisements that the program could correct "troubled" girls. It was not until many years later, that dozens of individuals would come forward alleging that they were victims of physical, mental and even sexual abuse by staff at VCA, and the many other programs like it.

At VCA, Jodi witnessed young girls who were made to eat their own vomit after having been force-fed and she even recalls intervening in two suicide attempts. Instead of receiving medical attention, facility operators sent both girls to the "Get Right Room," a locked and windowless closet where "misbehaving" children were isolated for hours, days and sometimes weeks on end, and forced to listen to taped religious sermons.

After numerous allegations of abuse, California authorities threatened to step in unless VCA went through the process to get licensed as a legitimate care facility. Eventually, the FBI raided the facility in 1991 and the program was forced to shut down due to fire code violations. Unsurprisingly, it relocated to Florida where licensing requirements were much weaker and re-opened under a new name to evade its reputation. But its past actions followed the facility to Florida, where even more reports of abuse soon surfaced. Ultimately, a series of chilling investigative reports published by the Tampa Bay Times led to low enrollment and the program shut down for good in 2013.

This deceptive practice of moving abusive facilities from state to state to dodge regulation has been replicated by many other programs across the country because of disparate state regulations. Operating in several forms -- juvenile boot camps, wilderness programs and behavior modification efforts -- many types of residential treatment have been the subject of serious reports of abuse at one time or another.

Some of these camps even specialize in "modifying the behavior" of LGBT youth by administering "gay conversion therapy."

Rebecca Lopez, 18 and a California resident, was sent to a camp in Northern California in 2011 where she says she faced discrimination and alienation for being gay. David Wernsman, 26, was sent to an American-owned facility in the Dominican Republic shortly after coming out, where camp operators beat him with a leather strap for minor infractions.

In 2008, the U.S. Government Accountability Office (GAO) documented over 1,300 reports of maltreatment by staff at a variety of programs spanning across 34 states, including substantiated accounts of starvation, excessive use of physical restraints and isolation, severe verbal abuse and intimidation and neglectful medical practices. The GAO made clear that the lack of federal oversight and a loose patchwork of state regulations failed to properly license and monitor residential facilities, which put an already vulnerable population of children at higher risk for multiple forms of abuse, and even death.

Abusive facilities that operate under the guise of providing real therapy have no place in our society and families who turn to residential programs for help, often as a last resort, must know that their children are safe and in the care of professionals. That's why legislation is needed.

To fix these problems, a bipartisan bill in Congress will be introduced today to hold residential treatment programs accountable to a set of minimum health and safety standards, including strong anti-discrimination protections for LBGT youth and youth with mental health illnesses. This legislation will also crack down on offenders who attempt to move abusive facilities across state lines by requiring all states to improve their licensing and oversight processes, and help families weed out bad programs from the good ones by requiring programs to publicly disclose their licensing status and any history of violations.

There are hundreds of good residential treatment programs that provide services which can truly help youth recover and transition from serious behavioral problems or traumatic experiences. But without stronger federal regulation and oversight, programs that engage in abusive practices will continue to slip through the cracks, leaving behind traumatized and abused children and families.

Rep. Adam Schiff (D-California) represents the 28th District of California and is the author of the Stop Child Abuse in Residential Treatment Programs for Teens Act of 2015. Jodi Hobbs is the founder and President of the Survivors of Institutional Abuse (SIA) organization, which provides healing services to a national network of survivors.