Those of you who are mates with me IRL (ahh... that's In Real Life for those of you without teenagers) may have read my social media posts or heard me tequila-ey slur (in one particular instance) about my campaign to be kinder to myself this year.

I've been on a hate campaign diet since I began professionally dancing at 11 years old.

We moved from Sydney to Perth and I began dancing at a studio that held the contract for the State Basketball Team cheer squad. I wanted in. God, I wanted in so badly I could taste it.

Which is fortunate, because, for the entirety of my pro cheerleader career, that's about all I tasted.

During my first cheer class, the teacher took my mother aside and told her I was simply too fat. So fat. I was a size 12. And so it began.

My daughter turned 12 last year and all of a sudden I am noticing something about the vocabulary I use when speaking about my body.

In fact, if it was a friend talking like that about me, I would ditch them.

My husband says "God, you're gorgeous in that dress. Look at that booty." I say "Don't be ridiculous, I'm SO FAT."

My son says "Come swimming with me Mama. Come RIGHT NOW!" (because he's three and everything has to happen immediately) and I say "OK then... God I hate these bathers. Why am I SO FAT?"

My daughter asks "Do you want to come for a walk with me and the dog?" and I say "Gosh, yes, I really should, because I am SO FAT."

The theme of this self-talk has been mind-numbingly similar since I was 12:

And I'm bored of hating myself about it.

Because I'm also freaking glorious! And clever, and an award-winning copywriter with her own flourishing, unfunded business, and a mother to three amazing humans, and a foster mother to fifteen kids to date, and a successful wife, who makes her swooning husband insanely happy, and a good friend, and I can tap dance like a demon and I bleeding love lemon meringue pie, for goodness sake.

I don't know where the battle with my weight will finish or who the victor might be. I'm certainly not advocating that being the weight I am now is any easier than when I was able to run five kilometres after six hours of dancing. And it's not as if I'm giving up killing off a good 20 kilos, it's just that I'm boring when I'm hating on myself all the time.

I mean, look at this fantastical creation.

It's doing ok for all the damage I've wreaked upon it, mainly in the name of weight loss. The now-illegal diet pills, the eating of paper and obsessively working out, the lap band and consequent starvation. Doing six hours of dance a day and then it not being enough, so running home the last five kilometres. Trying every weight loss over the counter medication under the sun (does anyone remember that fat liquidizing one? I have nightmares.)

It's all taken its toll. But here travels my body, luscious and soft in the dark, still holding up its end of the bargain.

In this vein, and with rounds of applause from my children and inappropriate behaviour from aforementioned husband, I let my darling beloved buy me a bikini yesterday during our weekend away.

I've worn it in public. Twice.

Once at the hotel swimming pool -- which didn't really count as it was 6:30 in the evening and we were only sharing the facilities with a naked toddler and someone's Gran.

Then today also at one of Perth's busiest swimming spots during our first really warm weekends of the season.

(For anyone who has ever been not confident about getting their kit off and walking that long, long walk between towel and water, you'll know what a big deal it was to strip off my dress and walk calmly into the sea.)

The world did not cease to turn. No Japanese fishing boats tried to harpoon me. No one even darn well blinked.

And my husband smiled the whole time.

It was a really lovely swim... and something I maybe would have missed out on back (last month) when I wasn't actively pursuing a love affair with myself. 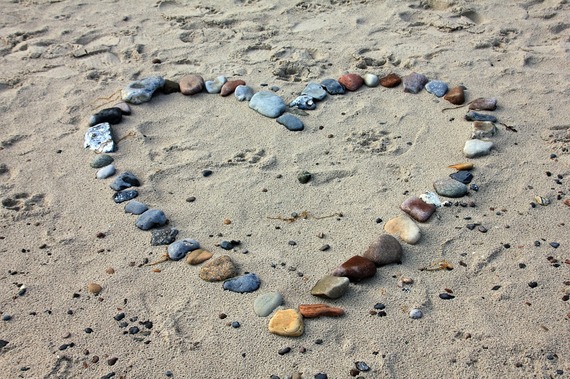