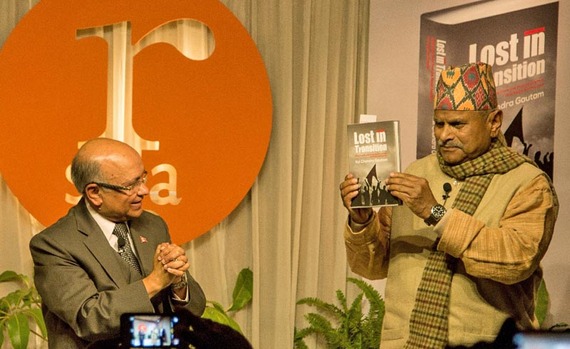 "Lost in Transition" is a book written by former Deputy General Secretary of UN Kul Chandra Gautam after personally observing the conflict, political transition and contemporary world situation with his international experience. This book is like an eye for the world to look at Nepal.

It is very patriotic of Kul Chandra Gautam to show his love and affection towards Nepali people, despite living abroad for so many years. His book has depicted many dark days and history of Nepal. Besides, it has deeply analyzed each and every incident. Moreover, it has included matters relating Maoist insurgency, earthquake to rule of Shah and Rana dynasties. Books major contribution is in the fact that it includes population statistics of indigenous people and their problems. That's the very reason why this book is so readable. The book shows how Nepalese people can become independent of other nations by proper utilization of their natural resources. The book is a historical representation of a period in the history of Nepal.

He has included the 10 years, Maoist conflict, the prolonged transition period in between, the ensuing conflict between different parties during the constitution assembly election and drafting of the constitution. Gautam has first hand experience of being involved in various national conflicts, political transitions and peace process. Gautam has included various mistakes that occurred during the peace process and weaknesses of the international community in his works. Gautam believes that responsible parties should never compromise in matters concerning human rights, rule of law or democracy whatever the circumstances may be.

In the page 33 of the book, Gautam explains his life in America since he was a student. Besides, in page 51 of the book he describes how he denied the offer of his friend Prabhakar Rana to be a minister by reiterating that he had no expectation of power and position in all the service he was engaged in. He has included a treatise on his 1 hour meeting with King Gyanendra as well. Between the pages 150-205, he describes all the havoc caused by Maoist insurgency and his role in maintaining peace and order in the country during that period. The writer mentions how he dreams of a special Nepal by the year 2051. He has described how the indigenous, poor Madhesis and mountain people should be united. It would have been better if he had provided us solutions to do so. People like Gautam should have thought more about the ways the national progress could be enhanced. 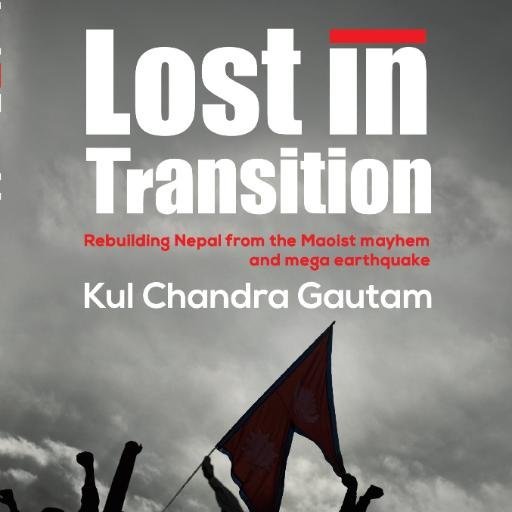 "Maoists used the discriminated classes and minorities to capture the political power at a moment when the infrastructures of democracy were being established," Gautam further said, " This has taken the country into further chaos when rays of democracy were just starting to shine." Gautam has completely described the situation when the UN, Deputy General Secretary of which he was, had acted in such an unethical way.

When it is written by a person like Gautam, the book is not just a thought, but also a treatise to solve the existing problems. It would have been better if he had embraced the international affairs in his text. The book would have been much better while if he had properly interpreted the problems of Nepalese residing in USA. Person like Gautam should be able to provide solutions to the existing problems. The book would have greater influence if he had mentioned how Nepalese engaged in business and education field could help themselves. Individuals like Gautam are torches to find solutions to our problems. Only few books have been written on the solutions while most of the books mention only existent problems. He has contributed greatly by writing this book.

For those who want to understand Nepal, this book is a "must read." In the foreword of the book, Gautam has described in detail how the international rights of Nepalese people could be preserved at a moment when heavy economic blockade was imposed by Indian authorities. After describing all these circumstances, Gautam has explained how the nation could now focus upon socioeconomic development.