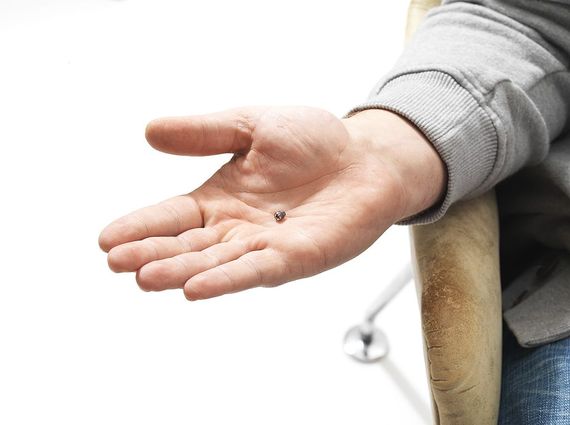 There's been a lot of talk across America about college rape culture in the last few weeks. Much major media has been highlighting the persistent and unfortunate problem. Perhaps the most well known article came from Rolling Stone, which ran a controversial story highlighting seven University of Virginia fraternity students allegedly raping one freshman girl for hours during a party. In the wake of so much arresting coverage, numerous universities and legislative bodies are considering new methods to deal with the problem.

So far, those new methods seem to consist mostly of advocating for clearer language to stop the violence from happening in the first place and greater transparency in the rape victim's reporting process. I'm not optimistic the changes will do much to stop rape and other forms of criminal violence in any significant way. There are too many aggressive, idiotic men out there--and yes, men are almost always responsible for the violence.

The facts of domestic abuse in America are sobering. Nonprofit Arkansas Coalition Against Domestic Violence reports that every 15 seconds a woman is beaten and that 35 percent of all emergency room visits are a result of domestic violence. Nonprofit A.A.R.D.V.A.R.C., An Abuse, Rape, and Domestic Violence Aid and Resource Collection, reports that that the US Surgeon General states that domestic violence is the leading cause of injury to women between the ages of 15 and 44 in the United States. According to Feminist.com, over 22 million women in the United States have been raped in their lifetime, based on the National Intimate Partner and Sexual Violence Survey 2010. SafeHorizon, the largest victims' service agency in America, says there are 2.9 million reports of child abuse every year nationally, and it costs $124 billion dollars annually in medical, court, law enforcement, child welfare, and juvenile protection services to deal with the problem.

As a futurist and founder of the political organization the Transhumanist Party, I strive to consider all societal problems from technological and scientific points of views. It turns out there might be a simple solution that could reduce rape and some violent crime all across the country. I call it the trauma alert implant.

Cranial implants and brain wave technology have come a long way in the last few years. Already, hundreds of thousands of people in the world have microchip implants in their heads, consisting of everything from chips to help Parkinson's sufferers to cochlear implants for the deaf to devices to assist Alzheimer's patients with memory loss. For each, this technology allows a better life. DARPA recently announced a $70 million dollar five-year plan to develop implants that can monitor soldier's mental health. It's part of President Obama's new multi-billion dollar BRAIN Initiative.

Implants using Electroencephalography (EEG) technology can read and decipher brain waves. Trauma, however experienced, is a measurable biological phenomenon that can be monitored and captured by an implant device. Scientists must do nothing more than create a trackable chip that sends an emergency signal to nearby authorities when it registers extreme trauma. Help can then arrive quickly to the victim.

Much of the the technology for such a device basically already exists. And such a device could be useful for far more than rape or criminal violence, too. Drowning, being burned in a fire, automobile accidents, building collapses, snake bites, kidnappings, bullet wounds, senior citizens who've fallen down stairs and can't get up--the list of terrible things that happen to humans goes on and on. The result of every one of them is almost always the same: brain waves that manifest extreme trauma--the human's most basic response and alert system. Regardless what misfortune happens to a human being, most experts agree that getting victims rapid emergency assistance is the single best way to help them.

The great thing about a trauma alert implant is that not everyone would have to get it to stop violent crime. In fact, probably most people wouldn't (though, I surmise in the future many people will get one for a multitude of reasons). The existence of the chip itself--similar to a possible hidden camera in a room--would be enough to scare off many criminals, who would always be second guessing if their victim had one. This would especially be the case when it comes to crimes that are hard to prove or go habitually unreported, such as date rape.

All things considered, the trauma alert implant sounds like a sensible and impressive thing. So why don't we have them yet?

To begin with, Americans are wary of brain implants. They don't mind holding a cell phone to their ears for a half hour, but ask them to get a piece of sophisticated tech inside their heads and many freak out. They squawk how weird it is and that they don't want to be a cyborg (all the while spending untold hours surfing the internet, flying on jet airplanes 30,000 feet in the air, and taking multiple vaccines and pills). The transhumanist age is already here, whether it's weird or not. For most people, it's just a matter of culturally accepting it.

Another complaint that people have with implants is the privacy issue. Nobody wants to be trackable. Sure, that's understandable. But bear in mind, that every time you get on the internet, stop at a gas station, or use your credit card, you're already being tracked. We may all distrust surveillance, but that's not going to stop the gargantuan amount of cameras recording in America right now, many of them in public places. While solid information is hard to find on how many cameras are operating in America, Wikipedia reports that Chicago has at least 10,000, and the United Kingdom may have as many 4.2 million cameras, or 1 for ever 14 people. The good news is, just like our cell phones we carry around, we'll likely have the option to turn off our implants anytime we want, thereby giving us control of who can watch us. Additionally, surely implants could be programmed so that they could "only" be tracked once they were triggered for extreme trauma.

Another main reason Americans dislike implants is because of religion. At least 85 percent of the country's population holds some form of faith--mostly of Christian denomination. And a significant number of Christian people consider brain implant technology to be the Mark of the Beast. I'm an atheist, so I don't understand those fears. But I do know that Revelations and the Second Coming of Jesus supposedly can't be stopped by people, according to the Bible, so perhaps Americans should work through their cyborg-phobias and embrace useful transhumanist technology. After all, if a gang of rape perpetrators suspected their victim had a trauma alert chip that would notify authorities, do you think they'd still commit the crime? Surely most wouldn't, especially not university students.

I have two young daughters: a four-year-old and a one-year-old. I'm grateful they will probably never have to worry about drunk drivers on their prom night. In a decade's time, most cars on the road in America will be driverless or come with alcohol detection systems that don't allow inebriated drivers. Such technological innovation is just a drop in the ocean of the benefits that progress brings to our world. The truth is that technology can help fix almost all the world's problems. It can also help with the tragedy of rape and criminal violence, which dramatically harms nearly 10,000 women and children a day in the US. If even a small portion of the population would have trauma alert implants, rape and criminal violence might be substantially reduced.