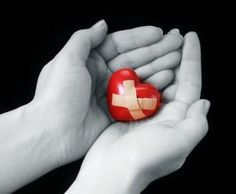 The Midrash tells us that Aaron was ashamed to approach the altar for he saw the image of the Golden Calf, his sin, on the altar. He was filled remorse and his heart was broken. Aaron was thinking, "After what I have done, how in the world can I approach the Altar and bring a sacrifice. How can the one who created the need for the entire Mishkan, approach God at this place?"

As my friend Rabbi Sholom Brodt teaches, Moshe told Aaron, "Yes your heart is broken and precisely because it is so broken, more so than everyone else's, because you feel so much shame and fear before Hashem, you are chosen to be the High Priest. You are the one who is opening the pathway for all those Baalei Teshuvah (those changing their ways) to come back to Hashem with love. You are the one to bring the people to Hashem."

Our sages teach that embarrassment at our past deeds, a sense of shame and resulting humility, comes from being deeply aware that we are in the presence of God. It is precisely because we feel that we messed up and can do better, that we can merit elevating our lives and those of others around us. If Aaron, who mistakenly created the Golden Calf, could be appointed as the High Priest, and merited serving Hashem in such close proximity to holiness, that certainly we, who may have erred, are able to reorient our lives.

What does this have to do with Passover? Everything.

Stubbornness, refusal to change our ways, inflated egos, the inability to admit we messed up, are all considered by our sages as real "chametz" -- a substance that must to be removed completely from our lives before Passover. Fixing how we react when we make mistakes -- whether to our friends, family or before Hashem -- is part of the process of preparing for the Festival of Freedom, and considered a huge mitzvah.

A broken heart can bring us to the highest places.