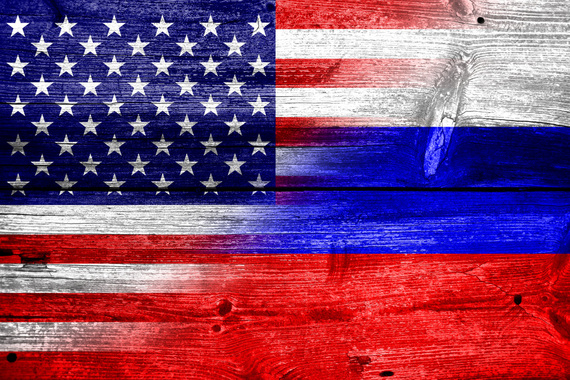 When the Cold War ended, these dangers receded, but with the increasing hostility between the U.S. and Russia today, they are returning, endangering both of our countries. In addition to those old dangers, two new dangers have arisen--nuclear terrorism, and the possibility of a regional nuclear war. Neither of those dangers existed during the Cold War, but both of them are very real today. In particular, the prospect of a nuclear terror attack looms over our major cities today.

Both Al Qaeda and ISIL have tried to acquire nuclear weapons, and no one should doubt that if they succeeded they would use them. Because the security around nuclear weapons is so high, it is unlikely (but not impossible) that they could buy or steal a nuclear bomb. But if they could obtain some tens of kilograms of highly enriched uranium (HEU), they could make their own improvised nuclear bomb. A significant quantity of HEU is held by civilian organizations, with substantially lower security than in military facilities. Recognizing this danger, President Obama initiated the Nuclear Security Summit meetings, whose objective was to eliminate fissile material not needed, and to provide enhanced security for the remainder.

That program--involving the leaders of over 50 nations that possessed fissile material, has been remarkably successful. In 1992, 52 countries had weapons-usable nuclear material; in 2010, the year of the first Summit, that number stood at 35. Just six years later, we are down to 24, as 11 more countries have eliminated their stocks of highly enriched uranium and plutonium. Additionally, security has been somewhat improved for the remaining material. But progress has stalled, much more remains to be done, and the danger of a terror group obtaining fissile material is still unacceptably high.

A quantity of HEU the size of a basketball would be sufficient to make an improvised nuclear bomb that had the explosive power of the Hiroshima bomb and was small enough to fit into a delivery van. Such a bomb, delivered by van (or fishing boat) and detonated in one of our cities, could essentially destroy that city, causing hundreds of thousands of casualties, as well as major social, political, and economic disruptions.

The danger of this threat is increasing every day; indeed, we believe that our population is living on borrowed time. If this catastrophe were allowed to happen, our society would never be the same. Our political system would respond with frenzied actions to ensure that it would not happen again, and we can assume that, in the panic and fear that would ensue, some of those actions would be profoundly unwise. How much better if we took preventive measures now--measures that increase our safety while still preserving our democracy and our way of life.

Two actions cry out to be taken. One is the international effort to improve the security of fissile material. The Nuclear Security Summits have made a very good start in that direction, but they are now over, and the pressure to reduce supplies of fissile material and improve security for the remainder predictably will falter. It is imperative to keep up this pressure, either through continuing summits, or through an institutional process that would be created by the nations that attended the summits and that would be managed by the Disarmament Agency of the UN, which would be given additional powers for that purpose. The U.S. should take the lead to ensure that a robust follow-on program is established.

Beyond that, and perhaps even more importantly, the U.S. and Russia, the nations that possess 90 percent of the world's fissile material, should work closely together, including cooperation in intelligence about terror groups, to ensure that a terror group never obtains enough material to destroy one of their cities. After all, these two nations not only possess most of the fissile material, they are also the prime targets for a terror attack. Moscow and St. Petersburg are in as great a danger as Washington, D.C. and New York City.

Sen. Sam Nunn has proposed that Russia and the U.S. form a bilateral working group specifically charged with outlining concrete actions they could take that would greatly lessen the danger of Al Qaeda or ISIL obtaining enough fissile material to make improvised nuclear bombs. Whatever disagreements exist between our two countries--and they are real and serious--certainly we could agree to work together to protect our cities from destruction.

If our two countries were successful in cooperating in this important area, they might be encouraged to cooperate in other areas of mutual interest, and, in time, even begin to work to resolve other differences. The security of the whole world would be improved if they could do so.

Even with these efforts, we cannot be certain that a terror group could not obtain fissile material. But we can greatly lower that probability by taking responsible actions to protect our societies. If a nuclear bomb were to go off in one of our cities, we would move promptly to take actions that could prevent another attack. So why not do it now? Timely action can prevent the catastrophe from occurring, and can ensure that the preventive actions we take are thoughtful and do not make unnecessary infringements on our civil liberties.

This post is part of a series produced by The Huffington Post and Future of Life Institute (FLI) on nuclear security. FLI supports research and initiatives to safeguard life and develop optimistic visions of the future, and the series aims to better inform the public about the global catastrophic risks of our current nuclear policies. For more information about FLI, visit futureoflife.org.