"So, what are you going to do with them now?" his friend asked.
Steve Lyons responded quickly. "Let's put them on the front porch."

And that's how the term "Yart Sale" was born. Or quite frankly, that was the first of many steps in the development of Steve Lyons's eventful, flourishing, artistic career. Through his many series, painter and Impasto master, Steve Lyons, captures a range of emotions, stretching from Cape Cod to Berlin, and back again. If you flip through his creations, you'll notice a shift in time, mindset, empathy and what seems to be a shift of worlds. Lyons is known for his use of Impasto technique, the 13th Century Italian process that centers around layering paint on a surface in a thick manner, often allowing the paint to build upon itself to create the image. Lyons took the technique one step further by using the impasto to create images themselves, in sculptural dimensions, which range from his iconic "Water" paintings to small still lifes of white roses. The impact on art collectors was immediate, and many, including critics, coined the phrase of "Sculptural Paintings" to reflect the new and unique technique that has granted him an expeditious route to the art world. 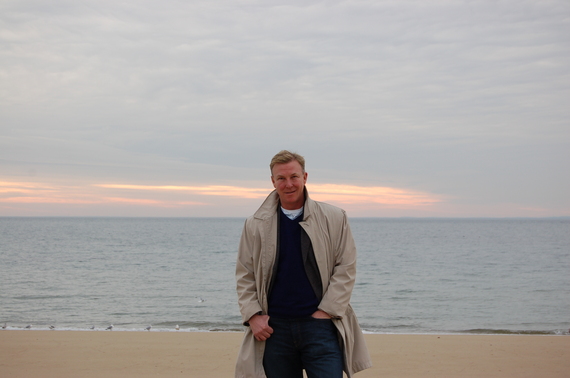 As a 7-year-old in Ohio, Lyons won an art contest with his first titled painting, "Angels in Heaven." The painting hung on the wall of a museum, next to the pros, and his interest in art rooted itself in him. He spent his childhood in an impoverished home in which dreams were encouraged, which he says also fueled his quest for information about art itself. However, a college major in art was not for him. "I didn't like the idea of being turned into an 'academic painter'," Lyons adds. It went against my idea of what an artist is." Consequently, Lyons decided to minor in Art History and major in Journalism, which gave his career an unexpected but ultimately rewarding creative turn. As his journalistic tendencies ripened, so did Lyons's conceptual thinking and appreciation of art from a historical perspective. With logical reason, Lyons relied on his understanding of Art History to guide him towards artistic evolution, and enlighten within him a specific independence that melded with his parents response when he complained about the college studio classes. "You don't need permission from anyone to be the kind of artist you want to be," he remembers his parents saying. 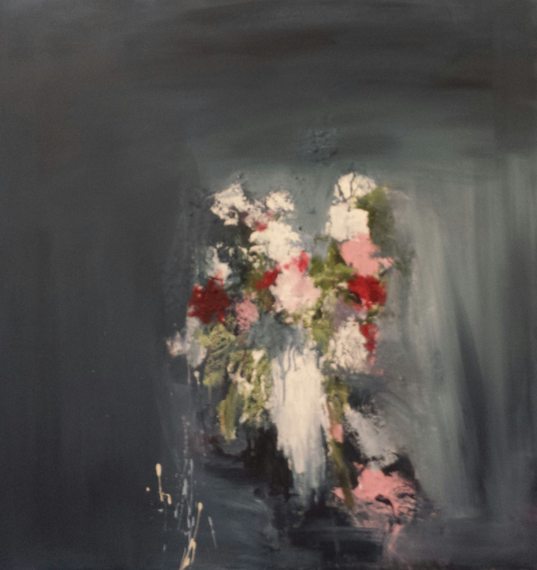 Lyons explains, "An education in Journalism provided me with better training as an artist, perhaps. It taught me to investigate 'the story' -- and in art, the story is always about several things, including the technique employed to create. So, instead of learning from professors, I gained knowledge from the breadth of Art History. It is littered with changes that revolutionized. It is made by large hallmarks having to do with technique, transformation and those willing to reshape the system. I found a great deal of freedom by letting exploration and observation be my guide to creating. My influence, although classical by so much reading and museum-going, is expanded when I push myself to be different, to think in new ways about what an image should look like and how to create it so that it evokes the emotion that I feel." 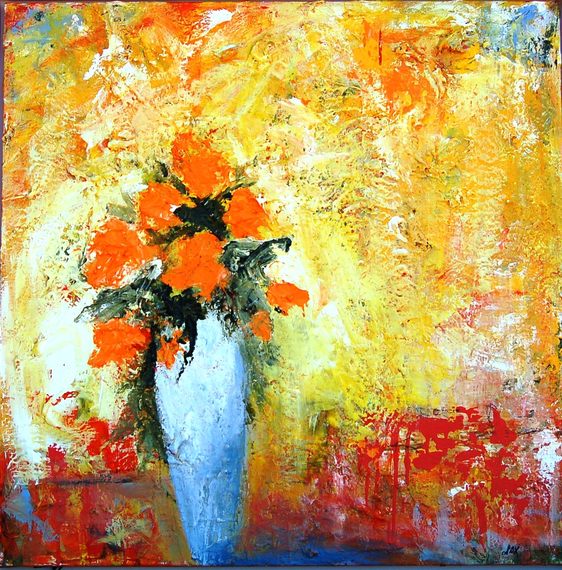 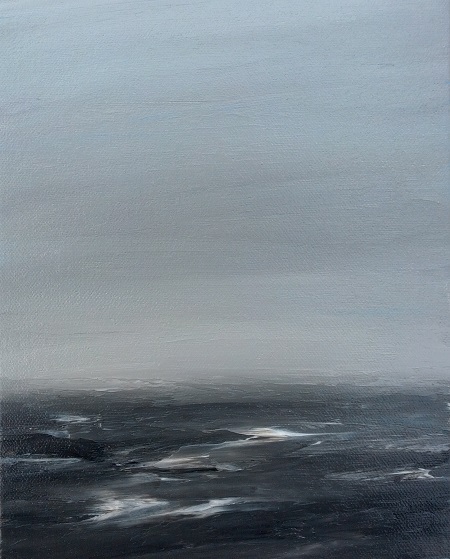 This drive to create and explore lead Lyons to a small art colony in Cape Cod, where in 2011, he began painting on scrap lumber left from a home renovation. From his back porch, he stared off into the Massachusetts sunset and painted his first seascape. One landscape turned into several, and the series "Momento" was created.

"At first, my friend and I called what I was doing a Yart Sale, because it was half art gallery, half yard sale," Lyons explained. "I would paint my pieces on my back porch, then bring them around to the front, allowing my neighbors and visitors to see and potentially buy. Within hours of placing his first batch on the front porch steps, I had a line of people eager to buy my new work. My passion became an essential and lucrative part of my existence, so much so, that I left my corporate writing job to become a full-time painter."

On Labor Day in 2012, an international art critic and cultural writer, Matthias Billand, who had carefully watched the progression of Lyons's art, insisted on being his mentor. Soon after the cold entered Cape Cod and Lyons closed up his Yart Sale, Billand guided Lyons into the European market and culture. By 2013, Lyons won his first international award on the island of Sylt, Germany, and was then "discovered" on Facebook and offered a second mentorship by renowned Finnish designer, Markku Piri, which included ten days in Helsinki where he was treated to a crash course in Finnish art -- from galleries to museums to concerts. In 2014, to prepare for his first international show in Freising, Germany, Lyons spent 5 weeks painting in Berlin's famed Heckmann-Höfe. During those 5 weeks, as the public constantly watched and walked by the window of Heckmann-Höfe as he painted, the man who "painted sculptures" gained stature with collectors and general public alike. The paintings alone turned spectators into fans, and while most appreciated his work from a distance, one man decided it was good enough to steal. Literally. Instead of transporting the paintings to his place of exhibition in Freising (his job), this committed man stole $100,000 worth of Lyons original pieces (not his job). 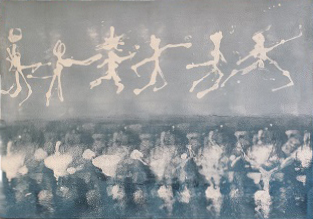 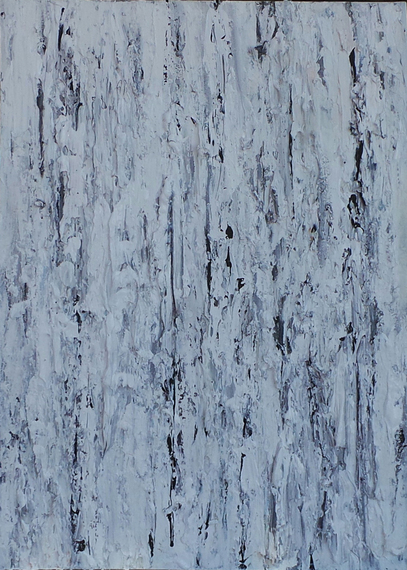 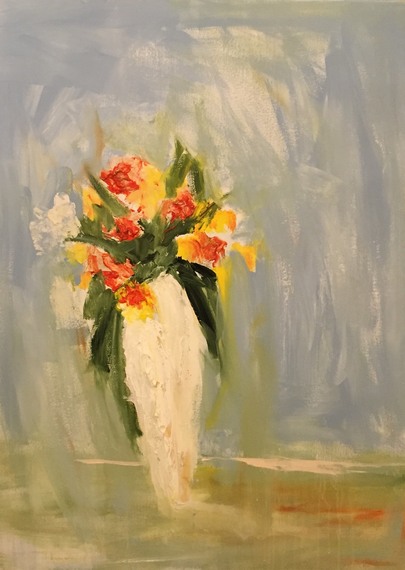 The saga continues to this moment. In February, each piece was found in a seedy storage unit and Lyons is now going back to Berlin to verify their authenticity. Lyons is not pleased with the German response to the theft. "The man stole my paintings and yet the authorities want the matter in civil court," explains Lyons. This is criminal in both the matter of the theft and how they are treating the situation."

One of many factors that separates Lyons from the rest is the way in which his work can be categorized. In terms of common genre, his painting is based in [Northern European] Expressionism, Conceptualism, Abstract and En Plein Air. His striking series, the "Painted Ladies" seem to belong in all genres, if not their own completely. From the first painting of the series, they have become the darling of art collectors throughout the world. It's easy to see why. The subjects are seemingly women in places. But, as broad as that may sound, Lyons has taken envisioned women and have given life to their story that is actively being told. Referred to as the "sirens," Lyons's inspiration comes across as a necessity of others, rather than creative influence.

"I don't often have time to relax. When I began the Painted Ladies Series, it was during moments of unwinding and recreation that brought on these "painted ladies' -- or sirens, as I call them. It's not a visual from my surroundings, they are these women I see in my mind that all have a story to tell and places to be. They paint themselves and define themselves. When I say 'They are a concept', it's a double entendre, but it's true in its organic sense. They appear, and they let me know when there is a new story to tell." 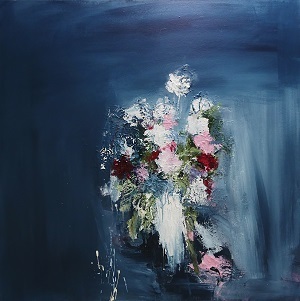 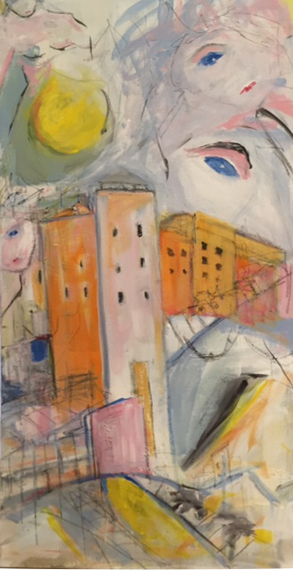 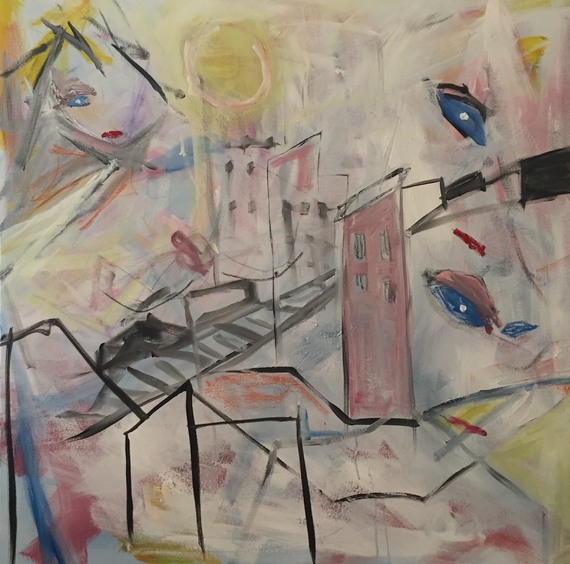 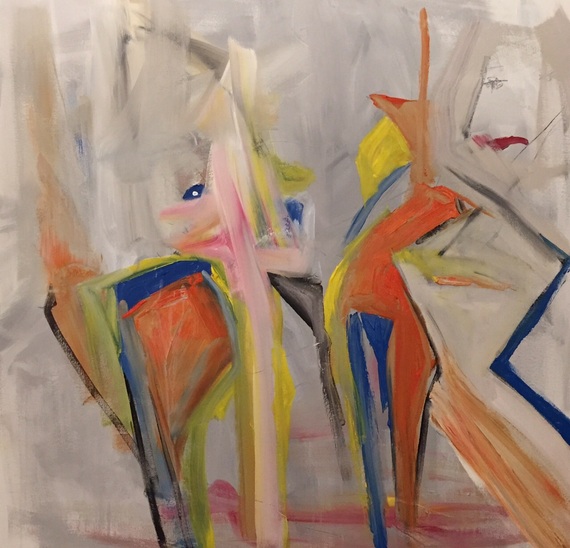 In this sense, the women of "Painted Ladies" become members of our society. We are able to follow them, see what they are up to, know where they have visited, like we do with others we know. Lyons's commitment to his organic nature shows through his work as matter and measure. Some pieces radiate with genuine clarity and recognition while others require some exploration of concept and force you to examine the multi-dimensionality of the paintings themselves. To cite his literary background, Steve Lyons's work continues to live as a narrative that is as rich as the artist's personal journey. 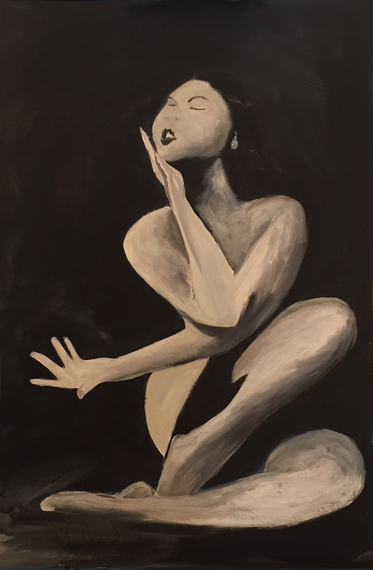 Lyons recently shown in Poznan, Poland and has upcoming shows in Delray Beach and Vero Beach, Florida, and Berlin, once again at the Heckmann-Höfe. He has recently launched the Archival Print Collection which includes some of his more admired work. To follow Lyons's 2016 plans and to see more of his work, including the print collection, visit his website www.SteveLyonsArt.com. 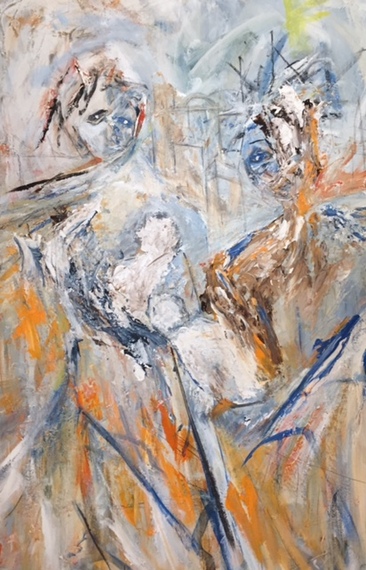