It is Wednesday 9-December-2015. Only the day before former Albania's Finance Minister Arben Malaj has invited me to present "The Drama Of Albania" before his elite master's students at the Faculty of Economics of the University of Tirana. At 11H00 I enter the classroom. Four among Professor Arben Malaj's elite students who have read the HuffPost article explain to me why they agree or disagree with "The Drama Of Albania". They indicate that the analysis criticizes but does not present solutions. They suggest that they agree with 70% of the content and disagree with the remainder 30%. Professor Arben Malaj gives me 20 minutes to follow up with suggestions for improvement. I recall that "The Drama Of Albania" is not my own creation but the testimony of 100 among Albania's most renowned personalities. 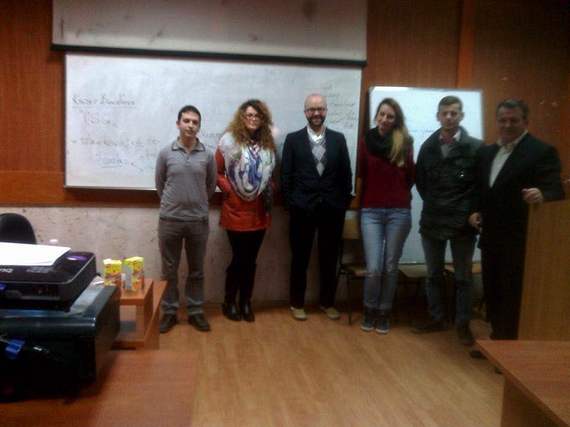 I explain to the elite students that the first two priorities Albanians must embrace are the emancipation from politics and the political establishment and eventual divorce, and the acknowledgement that the current situation is dramatic in order to embrace alternative radical policymaking.

Albania is today a country closer to a mafia state or a banana republic than to a well run developed nation of its size like the neighboring Croatia or Slovenia. The fallacy of thinking that Albania will become Switzerland within 25 years shows some leading authorities' wishful thinking when it comes to failing to realize the tragic outcome that awaits the Balkan republic in the absence of major changes going forward.

System failure in Albania is nothing but a repetition of the symptoms undergone and observed in many other emerging and developing countries. The West has failed in its attempt to impose its already obsolete governance system through its myriad of agencies and international institutions. In the meantime the Ambassadors who refuse to accept an invitation to meet represent mere puppets of Western oligarchic corporate establishments whose first but not unique priority is to allocate its manufactured exports and defend its vested historical interests on Albanian soil. In the absence of an original model the mediocre elites believe that a mere copy paste of the policies, institutional framework and legislation of better off nations will be sufficient condition for finally taking off towards prosperity. But it is not sufficient but necessary. Basic algebra shows that Albania and Albanians need to design their own way, a new model, a new approach in order to actually take off towards prosperity, without hesitation, without confrontation. There might be a new model, a new approach for Albania which remains particular. But in today's World new governance schemes must be global, interconnected.

I refuse to believe and accept that we ought to stick to the current system. The current governance paradigm in Albania and many developing countries is obsolete. New alternative governance schemes must emerge. The current establishment must be challenged and confronted. Professional politicians with blurry and spurious interests and connections with corporations and the media need to be replaced by a different kind of leadership, a new guild of individuals gifted with integrity, independence, pragmatism and vision, organized in a common front, a common alliance at the service of society.

It is more appropriate to start a new building from scratch than it is to restore an old structure with rusty foundations. Systems, paradigms are born, live and become obsolete only to be substituted by better approaches. There is resistance by the stakeholders who maintain undeserved privileges in the current status quo. There is conservatism and fear among citizens who think alternatives may lead to chaos, disorder and revolt. But this may not be the case, for there are new technologies that bring about changes elegantly in a peaceful means and manner through the use of the most powerful weapons available: the weapons of mass persuasion.

A call to All Albanians abroad and particularly the more talented with an ambition to radically change the system and the status quo encourages me to address this urgent memorandum. Some of the protagonists that have responded to my call are afraid, hidden in their bunkers of comfort, retaining a competitive advantage they legitimately exploit to maintain their lifestyles. Be not afraid I command you today for there is no battle to fight but that of persuasion and seduction. Be not afraid I urge you in this very occasion for there is no fear that fear itself.

Our intent is explicit, brave, visionary. It is to imagine the best possible future and present it to society in the most entertaining manner. In the best possible future Albania is part of a larger fiction state called Balkanland, along with Bosnia Herzegovina, Kosovo, Macedonia, Montenegro and Serbia. Former rivalries must be left behind to embrace new and long-lasting cooperation frameworks. We must take integration beyond the limits of the possible towards the impossible. We must design a new philosophy of supranational cooperation that well exceeds the ambitions of post World War II Europe.

This is a call to All and every Albanian, not an attack or an ultimatum. It is an invitation to embrace a new paradigm called post-politics in which six cooperating High Performance Teams in each of the six Balkan republics dream of new long-term horizons for the new fiction state Balkanland where identities are respected but borders and barriers are demolished whether psychological or physical.

Like in an Agatha Christie's novel or Alfred Hitchcock's movie the suspense and the intrigue of our narrative will make each and every of you anxiously await the next delivery of our series. Citizens who vote become active viewers who tune to Balkanland. There must be no limitation but that of our imagination.

In my pipeline there is a guarantee, a commitment and a promise: that I stick to my lifetime determination to identify, meet and recruit the best Expert Dreamers in order to design High Performance Teams at the service of society; that I shall abide by one single priority to always defend the interest of the vulnerable and bring about prosperity for all and not only a few; that I shall embrace no third-party agenda remaining at the service of the worse off.

It is Thursday 10-December-2015 and I walk along the Boulevard Martyrs of the Nation in Tirana towards the Royal Court where at 12H00 o'clock the Royal Prince Leka II is waiting for me in his official residence. A déjà vu of his grandfather's King Zog's successful tenure may be on its way I can anticipate, but always in the form of fiction. A concerned citizen Prince Leka II is in agreement with my recent analysis and reminds me of the delicate environment his beloved country currently undergoes. There is glory ahead if we work together, united. Those that shout revolution must be careful in view of the recent instances. Demand driven revolution articulated around massive and violent demonstrations has proven ineffective and conducive to repeating the same regimes the very own arab springs intend to get rid of. Offer driven revolution is the only one which can take off elegantly. A new scenario then opens up in which citizens, the new audience, chooses where to go. 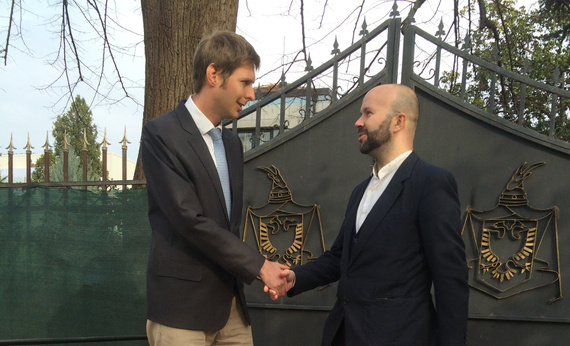 In the meantime the media fills in its broadcasting hours with loads of irrelevant charlatan-based politics which matter little to perhaps nothing. The microphone is provided to the ones that do not deserve it. The contemporary folly perpetuates because the linkages across politics and the media are manifest and explicit across all ideologies and technical platforms. Deliberate and parasitic symbiosis of politics and media finally exploits citizens as a victim, citizens who grant them a 007 license to hide the hen of golden eggs who nobody knows of in spite the fact that it exists.

The Drama Of Albania shall as a result perpetuate, for those who block the light choose to remain and stick to positions of privilege they no longer reserve. The preposterous context remains for Albanians blindly accept their leaders as the legitimate and only heirs of the representativeness, so long as Albanians continue to procrastinate seduced by the temptations of modern life where individual narcissism dominates the defense of the common good.

In the meantime the market economy of the fallen angel allocates rewards to those who do not deserve it while the hard-working struggle to reach the means to the end of survival. The perfect equilibrium among oligarchs and the political establishment guarantees citizens' acquiescence.

It is no longer enough to shout that another Albania is possible. I encourage the real brave and talented to join us in our efforts to launch a paradigm shift. The current political establishment must be challenged to move up or to move out. A non-cooperation Nash game is cooking in the oven, on the other side of the chess board the entire political establishment. To dream or not to dream, that is the question.