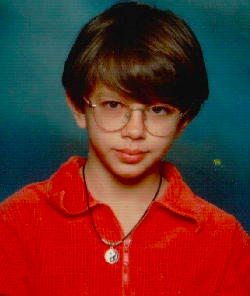 A cisgender person is a person whose self-identity conforms with the gender that corresponds to their biological sex. Both "trans" and "cis" come from Latin and chemistry, "trans" meaning across and "cis" meaning "on this side."

I was born with a disorder called Septo-Optic Dysplasia and because of that I don't make a variety of hormones -- including estrogen and testosterone. I grew up looking androgynous and was bullied constantly for it. By the time I was 12 and I could start hormone replacement therapy for estrogen, I jumped at it. I just wanted to be normal.

Fast forward a decade. I stumbled upon the concept of genderqueer, then found the term non-binary and finally, like picking the right wand in Ollivanders, "agender." The more I accepted and understood my identity, the more I realized my chest didn't fit. It wasn't right.

Putting on a binder solved all of my worries. Everything felt 100 percent better. Despite the tight pressure, despite the soreness from it cutting into my sides, I felt right. And that's when I made the official leap five years ago to try and get my chest corrected.

But my chest isn't large enough for a reduction, according to GPs. So after three years of referral circles, I tried a gender identity clinic. I was initially referred in June 2013, but my first appointment wasn't until September 2014.

At first, the idea that I would never been seen as agender was depressing. But then I thought more about visibility. I thought of the fact that trans women of color who make up the majority of the murdered are visible to the point of death. I thought of the small part of me that is indigenous American and that, if I knew my tribe, they might have a society where people like me were accepted -- maybe even celebrated.

Even with surgery, the hormone treatment I was given at 12 years old had done it's job -- I'd never be seen as genderless again. All that became important was fixing my body. Society would take much longer.

Just before Trans Visibility Day, I received my official discharge letter: "...we would not countenance endorsement of an irreversible surgical procedure unless the individual had been able to demonstrably consolidate a social transition including name change to the preferred gender role."

Little did I know, I had two appointments to prove myself. I was never asked what my pronoun was, who I was out to as agender or if I planned on changing my legal name. I told the truth in that I went by "Lola" and saw no reason to change it.

Years of being bullied taught me that if people can't read your gender, they will demand to know. Being constantly asked what I am is far more distressing for me than for people to assume. No one will see me as agender. My discharge letter said I was "accepting" of that -- but the truth is that I am only resigned to it. I have no choice.

There also is no societal role for me to transition to. What does that even mean for an agender person? What does it mean for any gender? Before I had my first appointment, I went to an introductory session where they assured me that they treat non-binary people. But if they still base surgery recommendation on "societal roles" of gender, then it's no surprise I've never heard of a single positive experience from a non-binary person in a GIC.

What the rest of society doesn't realize or see is that trans people are often stuck in this conundrum to receive any medical treatment. If a trans woman wants to be "taken seriously," she better show up to her appointments in a dress and demonstrating her societal role. If a trans man wants to be seen as serious enough to get surgery, he better not paint his nails. The gatekeeping standards set upon our shoulder is a concentrated version of 50s gender roles we have to bend to in order to get help.

For a lot of trans people, demonstrating our "need" for medical help often comes to walking a tightrope between showing how distraught and uncomfortable our bodies can make us but at the same time not seeming too unstable as to be unbelievable all together. It's unsurprising then so many people, even in positions of power over trans healthcare, believe us all to be mentally ill.

Some believe proving our need is necessary. The media have over-publicized the few cases of "trans regret," making it seem more common than it actually is. But really would I have waited for two years to get help if I were so confused? The journey we go through before we even understand ourselves means that by the time we seek a referral to a GIC, most of us aren't confused. 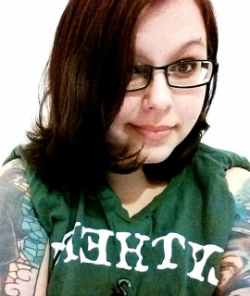 Did my acceptance of my situation and the positive way I feel toward my identity actually hurt me more than help me? Just because society sees "Lola" as feminine doesn't mean I have to. "Lola" isn't inherently feminine any more than I am. Though I told them that getting my surgery was not about convincing the world to see me as agender, I still failed to convince them.

Maybe I'm just not trans enough. I was actually born with a body that matched my agender identity. I didn't make sex hormones. I had what every trans kid dreams of. But I was bullied so viciously for looking androgynous, I chose to be "normal." And now I have cis regret.

I can only hope that a wider understanding of trans issues and the experiences of what we go through will make for a change in how people like me are able to get help in the future.

For more information about my journey, visit my YouCaring page.

Agender writer based in London, working in marketing, LGBTQ activist for 12 years.