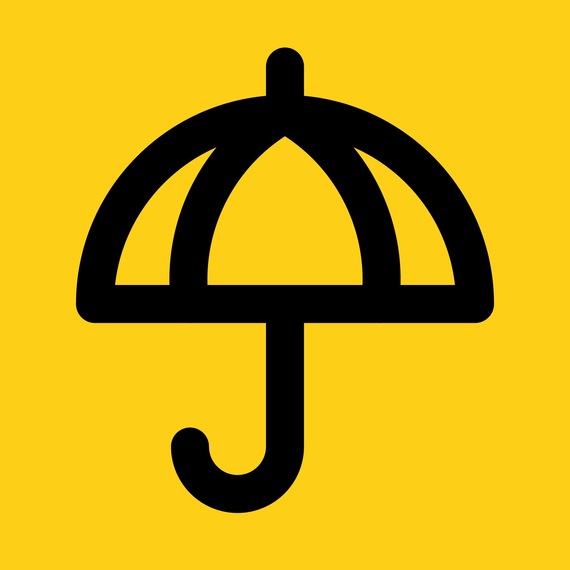 By all commonsense standards, which may of course be lacking in academic sophistication, the mainland of China is not democratic. The appointment of the General Secretary for the Chinese Communist Party is similar to the selection of the Pope in Roman Catholicism: a small circle of high bishops hold a closed meeting, white smoke rises up, and a new Pope marches out. Accordingly, everyone begins to cheer! In China, the people can't vote for local magistrates beyond the village level. We can't openly criticize any governmental malfunction unless 'the criticisms are of good will.' I am here quoting the words recently used by China's foreign minister to berate a Canadian journalist after she had challenged the lack of essential human rights available to people in mainland China ( please click here). There are no television debates, there are no campaigns; often people even know who will be the No.1 political leader, and sometimes also the No.2, almost a decade before he or she actually steps 'unto the throne.'

Primarily for this reason, I am infinitely sympathetic with the protest carried out by Hong Kong's young people in 2014, the so-called 'umbrella revolution,' when they realized their right of universal suffrage could be 'cashed out' by being required to vote only for candidates for chief executive who have been either approved or assigned in advance by China's central government. This reminds me of my own experience of voting for a 'deputy of the people's congress' (人大代表) when I was in college. China has the strangest 'congress' in the world. Although it is called 'the people's congress,' and its main functions are, like other congresses around the world, to pass laws and oversee the functioning of the government, the deputies making up the congress are almost all elitists from various areas of the country: they are city or province magistrates, high governmental officials, directors of giant corporations, presidents of universities, famous entertainers such as singers, film stars or presenters on TV talk-shows, etc. As I said, what is most ludicrous is that citizens can only vote for those representatives who have already been assigned from 'above.' I can never forget that in 2000, my sophomore year in college, I was called up to vote for the deputies of congress on behalf of my university. There was only one candidate and I didn't even know who she was, what her political beliefs were, or how or whether she would fight for the people's rights and interests. Even so, a label with her name was stuck to a voting box waiting for everyone's ballots. When I realized how ridiculous this was, I quit, and never voted again.

This gloomy picture of contemporary Chinese politics poses a special challenge for Ruism, the most political of the traditions of ancient China, which always strives to realize 'humane government' (仁 政). The question for modern Ruists is: where does the tradition stand today? Actually, a western political observer has noticed a discouraging phenomenon in China's various democratic movements, such as the umbrella revolution in Hong Kong: a Ruist voice is lacking (click here). When people search for ideological resources to back up any appeal to democracy, they are more than likely to appropriate ideas and slogans from the West, such as Victo Hugo's, 'When dictatorship is a fact, revolution is a duty.' Nevertheless, in my view, Ruism is a tradition deep enough to provide an indigenous ideological resource to back up the contemporary Chinese people's appeal to democracy, and the only remaining job for contemporary Ruists is to let people know what these ideas are, and then to try to help put these ideas into practice. In the remainder of this essay, I will argue that the religious, ethical and political goal of Ruism, 'dynamic harmony' (和, he), is the sort of democratic idea that can point to the correct direction for political reformation so badly needed in China and in all other related places in the world.

The basic meaning of 'harmony' is 'being together,' and the epistemology of both its Chinese character, 和, and its English translation, harmony [Gr. άρμονία], relates to music. However, there is a significant difference between the ancient Greek philosophers and the ancient Ruist thinkers in regard to their understanding of musical harmony. For the Pythagoreans, music is the manifestation of perfect mathematical laws, such as the calculable proportions among notes and pitches within instrumental performances. In this way, playing music is a way of imposing universal laws upon particular performances so that an intended harmony is produced. However, for Ruists, playing music (樂, yue) is to join in a magnificent banquet comprised of a variety of factors: performing instruments, singing, dancing, reading, ritual-playing, drinking, eating and so on. In this way, the pattern-principle (理, li) governing the performance of one single element, such as how to correctly play a harp, will be analogically adopted by the other elements even though it may be manifested in completely different ways, such as by the dancers who must translate musical notes into body language in order for the dance performance to unfold together with the playing of the instruments. Here, the key to harmony is not one of imposing universal laws upon particular performances, but the creative inter-play among each human participant in accordance with each different situation. Understood in this way, playing music is a dynamic process leading to endless novelty while simultaneously manifesting a recognizable set of pattern-principles. It is not a matter of imposing static, universal mathematical laws onto concrete instrumental performances, but rather one of engendering novel expressions of recognizable pattern-principles which have been played out in earlier variations by other co-players. Because of this dynamic and diversifying essence of the Ruist idea of 'harmony,' I always suggest translating 和 as 'dynamic harmony' in order to distance it from its Pythagorean cousin. In Ruism, this distinct understanding of 'dynamic harmony' is nicely summarized by Confucius in Analects, 13:23: 'The noble-person searches for harmony without uniformity, but the petty-person searches for uniformity without harmony' (君子和而不同，小人同而不和).

Clearly, this idea of 'dynamic harmony' is what sets the foundation for the peoples' conception of good politics. It requires a humane government that does not do what the current Chinese government has done to the people of Hong Kong and the citizens of mainland China, that is, to ignore appeals from minorities and other under-represented groups of people, and then to impose uniform laws from above. An harmonious process of governance ought to be based upon an all-encompassing process of negotiation and compromise, participated in by all relevant groups of people, which then allows all the people to live and flourish together in the same society. We find references that this is the Ruist understanding of humane governance in some of the earliest Ruist classics.

In the Zuozhuan (Zhaogong 20 昭公二十年), a scholar-minister, Yanzi 晏子 (?-500 B.C.E), whose later thought had a great influence on the Ruist tradition, is recorded to have remonstrated with the Duke of Qi when the duke praised a minister whose ideas always coincided with his own. First, said Yanzi, the process leading to dynamic harmony in governance is like cooking a delicious soup using diverse ingredients, or playing pleasing music using varying instruments. Additionally, Yanzi argued that a harmonious and good government must also be based upon a creative tension within diverse factors:

According to this passage, when the current Chinese government only allows candidates for chief-executive or deputy to the people's congress who have been assigned from above, they are doing exactly what Yanzi criticized: they are mixing water with water and using the same kind of instruments to produce music--and who enjoys that? From this and other similar Ruist texts, we also find that the Ruist idea of 'dynamic harmony' does not mean that there should be no conflict during the process of harmonization. The diversity of interests expressed by different groups of people on which any form of dynamic harmony is based almost inevitably leads to conflict. But it does mean that people do not see such conflict as a source of eliminating antagonism, but rather as a great opportunity leading to change and growth. This requires that people with different interests need to listen to each other, become educated about their topic, and negotiate with one another. Furthermore, doing so constrains personal interest and requires accommodation to the ideas of others, and then, necessitates finding sustainable solutions which allow each inter-connected group to complement the others, and to thrive together in the same society.

Understood in this way, in a case in which unjustified uniform laws have been imposed from above, the Ruist idea of 'dynamic harmony' can be seen as a principle of civil disobedience. It urges citizen disobedience because harmony must be based upon an integrated diversity. Ruists believe that a dominant voice cannot be accepted from any authority unless it succeeds in harmonizing appeals voiced by varying groups of people all the way from bottom to top. It is 'civil' because the essential Ruist method for dealing with conflict is non-violent and ought ultimately to be oriented toward the establishment of a new harmony. This requires the human co-participators in this conflict-resolution process to creatively invent new forms of ritual-proprieties (禮, li; I also translate it as 'civilized symbol' in another context), making the necessary negotiations and compromises practicable and sustainable. In a certain perspective, what Hong Kong's young people have done in their peaceful demonstrations is a perfect example of how 'dynamic harmony' can be practiced in a modern situation: "I protest, I disobey, but I do this as a responsible and educated citizen. Therefore, I will respect the dignity of all involved humans, including my political enemies, using peaceful and civil manners, but I will fight for my basic human right to the death, since without taking account of other people's diverse democratic views, there can be no humane government, and neither can there be true 'dynamic harmony' in human society."

Bin Song, together with his Ruist friends, is founding a 501 (c) 3 non-profit organization called the 'Ruist Fellowship of the United States'. You can support this initiative by donating here.