Recently, I went to a dinner that celebrated a small but growing movement of civil disobedience. Its purpose was to bestow the annual "Skinny" Awards, by Class Size Matters , an organization founded by Leonie Haimson, to support one crucial element of quality public education -- reducing class size for optimal instruction. 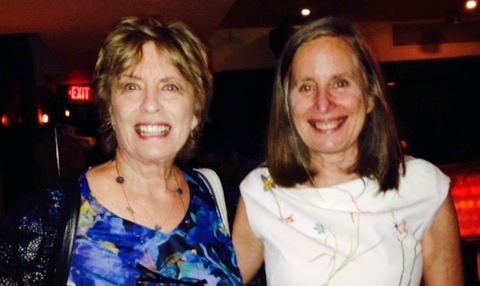 The word "Skinny" as Leonie explained it, was in contrast to the influence of the big (fat) money in education that is behind the so-called education "reform" movement that is siphoning public funding into charter schools, vouchers, and high-stakes testing, disrupting and destroying the public school infrastructure that is one of the pillars of our democratic society.

This year the awards went to the leaders of the "opt out" movement in the metropolitan New York City area where parents are taking a stand by opting out of having their children take the high stakes tests. This is a direct challenge to the state governments because if more than 5 percent of their students don't take the test, the state may not receive the federal money tied to the tests. This year, there were more than 200,000 students opting out (up from 60,000 last year) and the movement is gaining momentum and going national. This is a grass-roots uprising by parents that cuts across every demographic. It has the feel of the political activism that led to the trade union movement for workers' rights a hundred years ago.

It is the only through such civil disobedience that those who would impose the values and strategies of big business on the education of children (because there is money to be made in education) can be deterred from turning schools into factories to produce compliant students whom, they claim, will now be "college and career ready." These politicians and billionaires may know how to make money. But the behavior needed to make money is NOT what education is about. Capitalism has its limits and the opt-out movement says that it stops at the classroom door.

So why am I, a children's book author, supporting this activism? It is because I know all too well how corporations long ago slammed the classroom door on the kind of books I and my colleagues write for children as their textbooks took over as the primary reading material for most public school children. Make no mistake. No one picks up a textbook and reads it for pleasure, inspiration, or enlightenment. Teachers use it because it is mandated; administrators buy it because it "covers" the curriculum and because it is "easier" to use than the bewildering array of beautifully written and produced trade books by many voices on the same curriculum subjects. The problem? Such reading material might just waste precious time during the school year by making people stop and think. Besides, there isn't enough money to buy it in classroom sets or stock classroom libraries.

If you think I'm being too critical of the textbook, read this Edutopia article, "A Textbook Example of What's Wrong with Education" (It may surprise you to know, that the first time many students come across my writing is when they take the standardized test. I wrote a post about that here.) Children's nonfiction authors care about connecting content to their readers. But we authors don't have the numbers needed to make people sit up and reevaluate what American public education has become. Maybe that is why, in the spirit of the times, six years ago, I organized a group of authors to fight for a place for our books in the classroom. We are a very small group but I realized that the only way to speak truth to power is collectively.

So corporations that first got their foot in the classroom door with textbooks, now have taken over the school year with test prep, high-stakes testing, and accountability paperwork on the part of teachers. They have sapped the authority and professionalism of teachers by blaming them for the false notion that America's schools are failing, and are implementing disruption of public education as essential for positive change. In the ruthless competition that is free enterprise, adults enter the arena, knowing they can fail and they are prepared to take their lumps. However, the havoc wrought by corporate group-think on education can well cost us a generation of thinkers and doers and risk takers. Our children can't be written off as the cost of doing business.

This has awakened a sleeping giant in the population. Opt-out is political. It is democratic. The people are rising up against oppression. It is the only way to make politicians and the billionaires funding this disruption to take notice. If they don't, watch; there will be further unrest.

I am honored and energized to add my voice to the opt-out movement fighting for the minds of our children and the future of America.