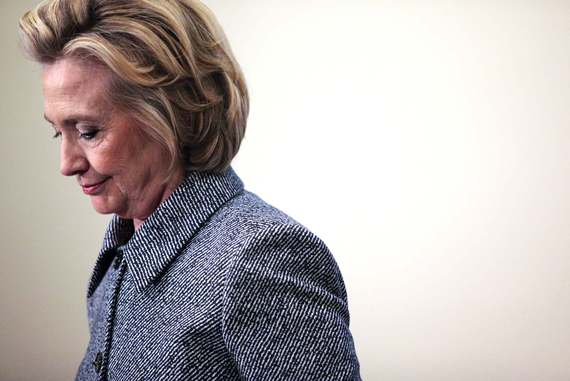 Poet Jillian Weise, an Associate Professor of English at Clemson University, has written an excellent cento using excerpts from Hillary Clinton's emails. 50,000 pages of emails from Clinton's tenure as Secretary of State, all of which had previously been kept on a personal email server, were released to the public in December of 2015.

A cento is a poem composed of phrases originally written by someone else, arranged in a new order by the author. "Call Me" appears here with permission of the author.

Are you on the call? I've done calls
on the black and white. Let me know
what, if anything, I should do.
I don't have a yellow phone.
Okay with me. Pls stay in touch.
It will probably be short. George.
He's so good. Can you talk?
Pls call if you can. Pls be sure
Bill knows there's a plan.
Why are you emailing me??
I was totally turned around.
I'm home now. It's not in my book.
I'm in the Dominican Republic.
Who knows???? Would you
rather do it later? I'm free.
I will tell Iraqis. Pls include me
on the Kurt meltdown. Sooner.
I thought this was done.
Put everything inside my book.
Why am I calling? Can you call?
Are you down there? What is
Wendy Sherman's email address?
What can we do to own
the Participation Age? Is this US
or Israeli $? Hope to talk soon.
Should I also call Calderone
about the terrible murders.
Yes, that's good. Thank you.
She said my husband would attend.
Call me. I just landed.
Has anyone called me back?

Jillian Weise is the author of The Amputee's Guide to Sex, The Colony, and The Book of Goodbyes, which won the 2013 Laughlin Award from the Academy of American Poets.

Seth Abramson is Series Editor for Best American Experimental Writing and an Assistant Professor of English at University of New Hampshire. His most recent book is Metamericana (BlazeVOX, 2015).