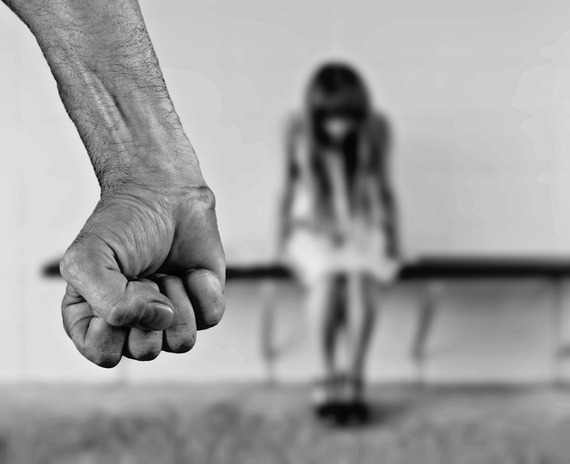 When the Soviet Union fell apart in the early 1990s, many who had chafed under the Communist system's lack of freedoms hoped for the dawning of a new day.

A sizable chunk of women hoped that the fall of the Soviet system would give them better opportunities and usher in legislation to protect themselves and their children from the domestic abuse that has long plagued the cultures of Russia and its neighbors.

In the mid-1990s some Russian women began lobbying Parliament for a domestic-violence law that would send men who battered their wives to prison for lengthy stretches.

That dream withered as the male-dominated Parliament refused for more than two decades to pass such legislation, even when outrageous domestic-abuse murders led to surges in anger over the situation.

Parliament is finally in the midst of passing a domestic-violence bill -- but it's the exact opposite of what women want.

Instead of providing for long prison terms for batterers, it lets them off with no jail time at all, not even a day.

Instead, wife beaters will simply pay a fine for an assault -- and a small one at that.

While a deplorable development, it's not a surprising one, given the Russian government's legal and even physical attacks on dissidents, gays and others it doesn't like.

Because Russia sets the tone for the rest of the former Soviet Union, the new domestic-abuse bill will encourage misogynists across the region to put women back in their place where they belong.

How bad is domestic violence in the former Soviet Union? No countries keep statistics, but surveys have shown a remarkably consistent figure of about a third of women being victimized.

Armenia's Women's Right Center, a non-governmental organization, puts the figure at 30 percent, for example, and Belarus' YWCA says every third woman there "has been beaten at least once in her life by her spouse or sexual partner."

In Russia, the state-owned news agency RIA Novosti reports, 40 percent of serious crimes are committed in the family. Two particularly disturbing statistics are that 36,000 women are beaten by their husbands each day and that domestic violence kills 12,000 women a year -- one every 44 minutes.

One of the most despicable things about the new Russian domestic-abuse legislation is that the sponsor of the bill is a woman who said she drafted it to help preserve the family.

Yelena Mizulina, an arch-conservative in Parliament's more powerful Lower House, or Duma, decries current law as "anti-family" because under it courts can impose jail time on batterers.

The statutes allow for a "baseless intervention into family affairs," she huffed, adding that a man can go to jail for giving his wife just "a scratch."

Russian women who have fought for years for more legal protections against batterers are appalled about the legislation, of course.

Women's-rights advocates in other countries in the region are upset as well, since their governments often adopt legislation Russia passes.

Mizulina's bill would recategorize "battery within families" as an administrative rather than criminal offense -- unless the battering occurs several times a year. The batterer would get off with a fine each time he beat his wife until he crossed the excessive-battering threshold.

"Punishments (for offenses) can not contradict the system of social values that society holds on to," Mizulina used as a justification for her legislation.

Any woman who has been battered will tell you that a fines-only punishment system increases the chance she will be seriously injured or killed -- because many batterers inflict worse beatings on their wives over time.

Women's-rights advocates decry the legislation, of course. Alyona Popova complained that the bill fails to embrace advocates' longstanding goal of more law-enforcement and court protection for victims. It simply shifts liability for battering from jail time to fines, she said.

Popova started a petition drive on change.org calling for Parliament to replace Mizulina's bill with one that actually reduces domestic violence in Russia. More than 174,000 people had signed it as of mid-January.

Although petition drives have occasionally persuaded Parliament to change or scrap legislation, I don't expect it this time. The Duma passed the bill almost unanimously -- 368 yes votes, one no, and one abstention.

That overwhelmingly support indicates that President Vladimir Putin himself wants the change, so the bill's adoption is a foregone conclusion.

In this brave new world of a just-inaugurated American president emboldening Putin to do what he wants with little fear of consequence, other countries may not be worrying about a new law that further enslaves Russian women.

Remind yourselves that it's taken decades for women's movements in most countries to achieve even modest gains.