The first line of Alexander Maksik's third novel, "Shelter in Place," perfectly sets the stage for this brutal, elegant book full of yearning and nostalgia.

"In the summer of 1991 my mother beat a man to death with a twenty-two ounce Erstwing framing hammer and I fell in love with Tess Wolff."

"Shelter in Place" explores questions of family loyalty, love and mental illness, but most importantly, it delves into the frustrating lack of options for those eager to end the epidemic of violence against women. Ensconced in a house in the woods in the present day, Joe March, the novel's narrator, reflects back on his strange coming-of-age, which began that fateful day when his mother snapped in the parking lot of a hardware store after witnessing a man she didn't know hit first his child, and then his wife.

In sensual, musical prose, Maksik creates Joe's March's longing for both the love of his life, and the family that was irremediably changed that summer day in 1991. "Shelter in Place" is as unquestionably brilliant as it is painful; a rare meditation on mania, depression, and the rage of youth that so often dissipates with the approach of middle age.

I had an email exchange with Maksik about the novel.

In "Shelter in Place," the narrator's mother, Anne-Marie March, beats a man to death in a parking lot after she sees him hit his wife. What made you want to write about that particular kind of vengeance and its repercussions for Anne-Marie and her family?

I'm not sure I'd define the act as one of vengeance. To my mind, that word suggests a certain level of forethought. She came across this man by chance and responded. Also, she acted in defense of both his wife and his children. On the other hand, on some level, perhaps she'd been preparing for it for much of her life. Or her life had been preparing her. For years she'd been an ER nurse and like anyone who has done that work, she was intimately familiar with both the horrors of domestic violence and the utterly dysfunctional and chauvinistic system that claims to serve its victims. So perhaps she'd just had enough of seeing women injured by cowardly, bullying men. Enough of seeing those men defended and protected and excused.

This kind of systemic cowardice is something that makes me very angry and is therefore something I want to write about. Add to that an interest in moments of sudden change, when we act in ways that are not immediately explicable, and our actions have dire and far-reaching consequences. Those are moments I'm very interested in writing about, particularly when they deal with questions of courage and moral certainty. 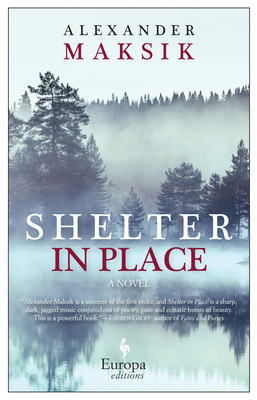 You write that Anne-Marie "treated countless women and children for terrible injuries sustained at the hands of husbands and fathers. Women who returned to the hospital, often holding those very hands. Women who would later turn up dead. A State reluctant to get involved in family affairs. Anne-Marie March had had enough. There is a limit and these things do not happen in a vacuum." Can you talk a little bit more about this idea?

One in three women in this country has been a victim, or will be a victim of violence by an intimate partner. That's a shameful and staggering number. Violence against women, particularly violence that occurs within the home, is regularly ignored, excused, underplayed and accepted by a wide variety of institutions, but most immediately dangerous are the institutions whose responsibility it is to protect women from that abuse. Abusers are infrequently convicted, but when they are, rarely do the courts impose maximum penalties. Our prisons are packed full of non-violent offenders, but a man nearly beats his wife to death and we're unwilling to get involved. And yet we still ask that same ignorant question: why doesn't she just leave? Well, for any number of reasons. To begin with, because a victim believes that if she does leave, her abuser with kill her. Or her children. Or that she'll lose custody of those children and she'll no longer be able to defend them. Or that she'll end up homeless. Her church, her family, the police, the courts have been telling her the same thing for years and years: it's better to make it work, than "tear a family apart." As if she's doing the tearing. How can a person know these things and not be furious? How can you see the hypocrisy and horror of this system and not want to revolt against it?

During the course of the novel Joe March is forced to understand the fear many women feel of being assaulted by men and he's also forced to become aware of the anger some women experience as a result of that ongoing fear. Did you ever personally have a moment of awareness like that?

I'm fortunate to know some very smart, very tough women and I've learned a great deal from them. My mother, first and foremost. She takes no shit and never has. I remember being a kid, young, and sitting in the passenger seat while she was driving. Some guy pulled up next to us, leaned out his window and made some comment. I don't remember what, but it's not difficult to imagine. She turned to him with such fury. It terrified me, but afterwards it was so clear who the powerful one was, and I was glad to be in her car, not his. So: my mom, who is as smart and independent and fierce as any woman I've ever known, set the bar. Of course, I won't ever know what it is to be a woman, but I have learned a great deal by listening to my friends and by walking with them through cities. 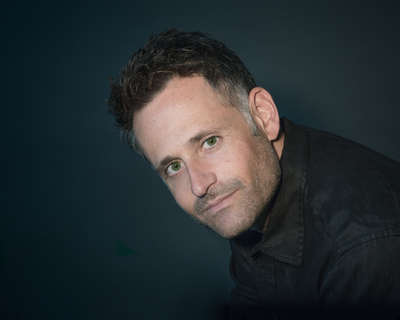 Some of the characters in "Shelter in Place" seem to believe that the only way to combat the epidemic of violence against women is either through college campus-based activism or to counter the violence with violence. When a female student is raped in a frat house, a minor character even says they can hold a peaceful protest in front of the frat house or they can "set it on fire." Do you think that in reality there are other options and avenues for change?

What a great question. Difficult, too. There are many days when, I have to admit, I'm very much in favor of setting it all on fire. It's often difficult to believe that these systems will change without some kind of violent revolution. And the epidemic is systemic, it permeates so many aspects of so many cultures. I often struggle to muster much enthusiasm for the kind of cautious campus protests described in the novel. I'm far more enthusiastic about organizations like The Gulabi Gang, a group of armed Dalit women which formed in Uttar Pradesh. Members of the group wear a uniform of pink saris and fight against, among other things, domestic violence. (For the cultural chauvinists among us, violence against women is only slightly more common in India than it is in the US. Contrary to popular and convenient opinion, domestic violence cuts across national boundaries, as well as those of education, race and class). They organize protests and rallies, but they are also perfectly willing to use force and have done so against both the police and perpetrators themselves. As I understand it, similar groups are forming throughout the world. At a certain point, as some of the women say in the novel, you run out of patience. What one does with that impatience is another thing altogether.

Joe March suffers from severe bipolar disorder. The language in the novel speeds up and becomes more fluid, more precise when Joe experiences mania. Likewise, when he's manic he feels invincible, capable of incredible precision of movement. In a scene in which Joe is tending bar, you write: "And as if to prove your point, as if to prove your own invincible brilliance, you fly the shaker across each glass and there is just enough, down to a single violet drop, there is just enough to fill those three full to their brims." How did you come to write about mania in this way?

I wanted the experience of reading the novel to mirror Joe's mind as closely as possible. I wanted the reader to feel those rapid changes - both the wild mania and the sudden slumping lows. While Joe himself occasionally tries to describe these feelings, he also recognizes (as I do) the futility of describing them. The only chance I had of doing his mind justice, was by altering the style to suit his given mood. At a certain point, I began to see it in terms of music, as if while writing I was scoring his mind.

You are a native Idahoan living in New York. What's it like to go from a land of wilderness to NYC?

Well technically I'm not a native Idahoan. I was born in Los Angeles, but I do feel very much connected to Idaho. I grew up there, my family is there. And I certainly feel more drawn to Idaho than I do to New York. I like this city, its vast variety of faces and languages and cultures, but it's never felt like home. There are other cities I truly love, and I think I'll return to them, but ultimately I'll end up somewhere wilder, in a place that favors the natural world, that pays it more respect.

Could you name a couple of favorite novels you've read in 2016 and what you love about them?

Just a few days ago I finished Peter Orner's new book, "Am I Alone Here." It's not a novel. What it is exactly, I'm not sure, but I will tell you that it's the most beautiful, moving book I've read in a very long time and I'll use any opportunity to mention it. It comes out in November and I encourage anyone who loves reading, I mean who truly loves reading, to immediately go to a bookshop and demand a copy.

Here are a few others, not all of them novels, that I read or reread this year and that I think are exceptional, that moved me: