One single square can make a big difference in a chess game. It helped me to launch one of my longest combinations against Anatoly Karpov in Caracas 40 years ago.

It was a memorable tournament for both of us. Karpov arrived in Venezuela as the reigning world junior champion. He played well enough in Caracas to become the world's youngest grandmaster at that time, at age 19, and his brilliant career began to take shape. In 1971 in Moscow, he clinched the first major tournament victory, sharing first place with the three-time Soviet champion Leonid Stein at the prestigious Alekhine Memorial tournament. In 1975 he was crowned the world champion. This year he may become the FIDE president.

I began the tournament in Caracas with the Czechoslovakian flag next to my chessboard, but in the middle of the event, at the United States Chess Federation's insistence, it was switched to the American flag. I started the "Presidente de la Republica" event as a Czech and won it as an American even before officially setting foot in my new adopted country. I arrived in New York one day after the tournament finished -- on July 13, 1970 -- exactly 40 years ago. My American journey began.

I would rate the victory in Caracas as one of my best tournament wins. I received a beautiful, tall presidential trophy for the 13-4 winning score. The organizers promised to send it to the USCF by mail, but it never arrived. Stein and Argentina's Oscar Panno, the former world junior champion and world championship candidate, shared second place with 12-5. Karpov tied for fourth place with two other world championship candidates, Borislav Ivkov of Yugoslavia and Paul Benko of the United States, scoring 11,5 - 5,5.

A few weeks after Caracas ended, Bobby Fischer dominated the tournament in Buenos Aires, scoring 15-2 and leaving his closest rival, the Soviet grandmaster Vladimir Tukmakov, 3,5 points behind. Things were looking good for America.

The combination against Karpov lasted nine moves. It was crafted from a popular Main line of the Spanish opening. The square d6 served as a landing platform for my pieces. They would leap into the heart of Karpov's position again and again. When the last one -- the white Queen -- landed there, Black's pieces were in a disarray. Totally dominated, Karpov was done, unable to defend his weaknesses. 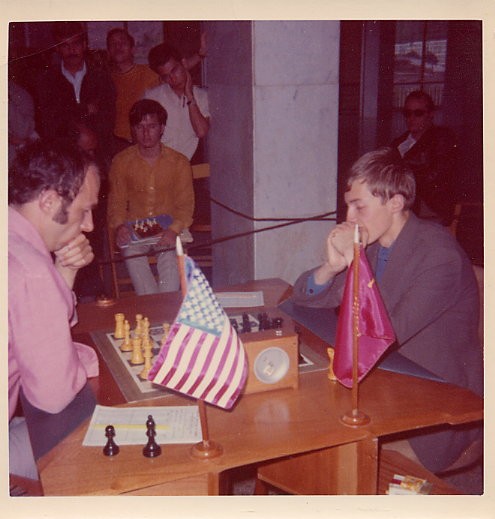 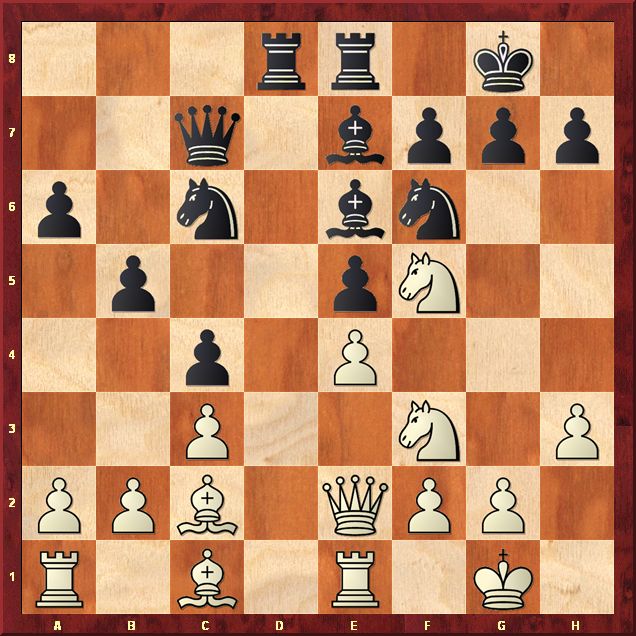 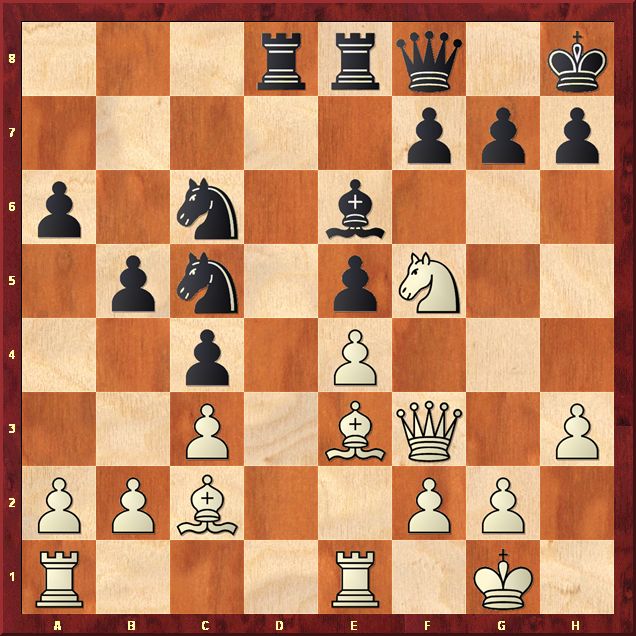 23.Red1?! (I remember being preoccupied with my rooks: which one should go on the square d1? Just as I was playing this move, Leonid Stein, the three-time Soviet champion and tactician extraordinaire, walked by with a little devilish smile. It immediately dawned on me what I have done. The black Queen is overworked and can't be in two places at the same time. It allows a simple combination: 23.Nxg7! Kxg7 (23...Qxg7 24.Bxc5 wins a pawn.) 24.Bh6+! Kxh6 25.Qf6+ Kh5 26.g4++- Bxg4 27.hxg4+ Kxg4 28.Re3 and white mates soon. I tried to console myself with David Bronstein's wisdom that deep combinations are more exciting.) 23...f6 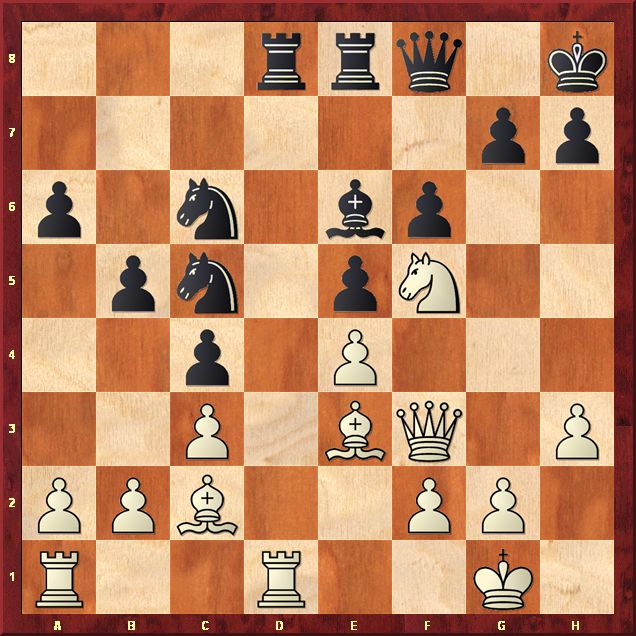 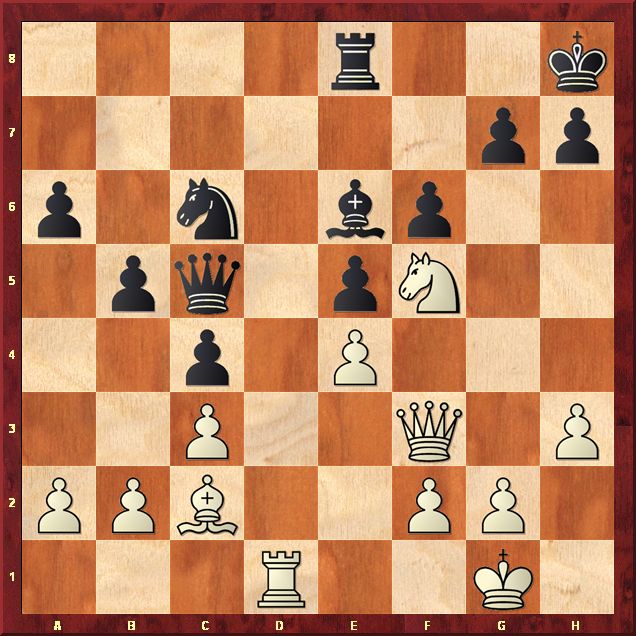 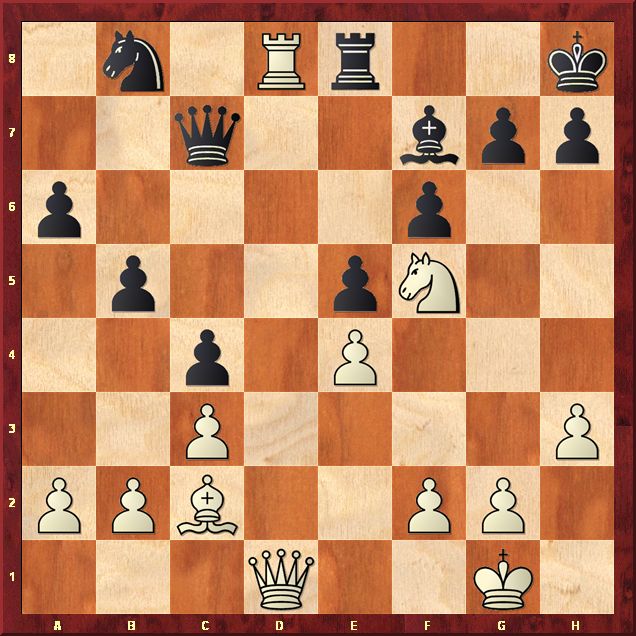 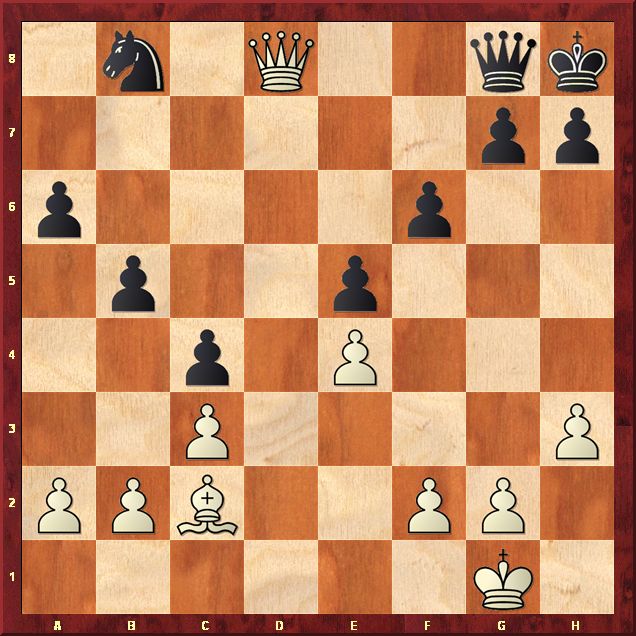 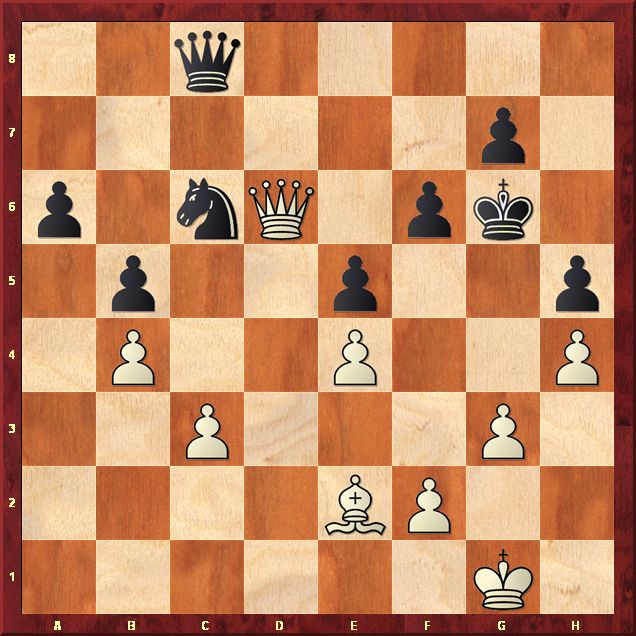