Why would anyone want to ban books?

Ever since I was able to suss out the meaning of written words, I have adored reading. My mother often tells of the story of finding me sitting alone in my room at three years old, with a book open and upside down on my lap, weeping because I realized that the black marks on the page were something that other people could decipher and I could not. By the time I was in kindergarten, I was reading small books at home, finishing one and reaching immediately for another. It has been that way ever since. 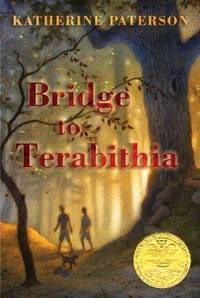 Loving the challenge of it, I sped through my reading lists in school, earned pizzas by reading all summer long, annoyed the school librarians by being allowed to check out books that they felt were not age-appropriate, and perused the shelves at my family's homes to find something new and juicy to read.

Difficult books were my favorite. Bridge to Terabithia was the first book that made me cry - the pain of the death was something new for me, but the social issues that Jesse and Leslie faced in school for being odd echoed my own life experiences. The original versions of Grimm's Fairy Tales and old folklore poems were like candy to me, and I gleefully ruined my friends' love of the Disney movie versions by telling them the real stories, bloody toes and all. I was reading Stephen King novels by the time I was nine years old. Stephen King's Bachman Books, particularly The Long Walk and The Running Man, were revelations to me.

I began reading Beat poetry at ten years old, poetry rife with allusions to drugs and sex and surrealism. I read horror and paranormal books many years before there were Young Adult shelves stocked with softer versions of those themes. I read sweet stories, too. I don't want to make you think that I was a glutton for punishment. It's just that the meaty books - the books that made me feel, the books that made me think, the ones that dealt with situations that I'd never personally experienced - were the most gratifying of them all. And those are the ones that people want to remove from library shelves.

As soon as I discovered that there was a list of often challenged and banned books it became my new "to-read" list. I've kept up with Banned Books Week events for years now, participating in public book readings and working to raise awareness about censorship in libraries and schools. It was today, as I read the article by Kelsey McKinney from The Millions - "Beauty is Truth: The Case Against Banning The Bluest Eye," that I found this quote from Debe Tehar: "I don't want my grandchildren reading it and I don't want anybody else's grandchildren reading it." Mrs. Tehar is the president of the Board of Education in Ohio. She is a person who is responsible for making decisions that impact the education of our young people.

What exactly does the word "education" mean to this person? What part of education involves removing the choice of reading difficult materials that might make someone uncomfortable, or cry, or think, just for the sake of pretending that they are problems that don't exist?

As a child, I was lucky enough to have parents who were interested and involved in my literary pursuits. I felt comfortable approaching them with some of the painful or awkward portions that I came across, which made all of the difference in the world. The books and stories that I read that dealt with rape, suicide, violence, rough language - all of these things were talked about openly. They were not always easy discussions for me or for my parents, but it was vital that they should happen. In those discussions, I was being educated. Most people are not willing to communicate about difficult things, which is the crux of the problem that results in people wanting to ban books. They don't want to think about difficult things, either because something happened to them, or because it is so far from their reality that they want to ignore it.

There are plenty of books that I have started and chosen to stop because I did not enjoy or appreciate them. That was my choice. That choice should be available to all, young and old. Our authors and artists serve as the cultural consciousness for our species. How can we hope to stop the horrors that humanity can wreak upon itself if we do not allow ourselves to notice that they exist, discuss the problems, and move past them together?

This blog first appeared in Bibliology, September 25, 2013. Check out Biblio.com for used and rare books from indie booksellers.