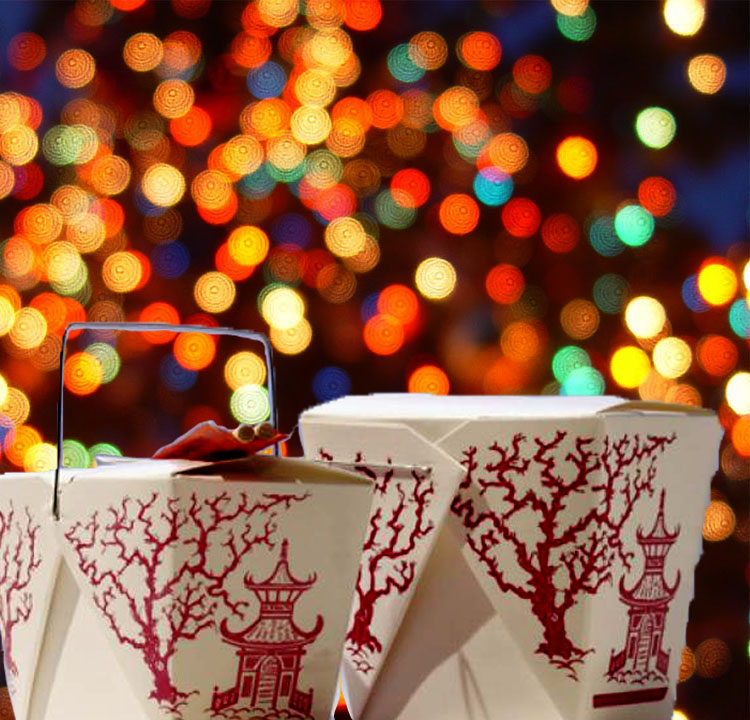 I am a Hindu who always wanted to trade in her religion during one month of the year: December. I could never resist my adoration of Christmas. As a child, I thought it was unfair that I could not have a Christmas just because of my primary religious beliefs. Though my family never celebrated the holiday, I secretly honored the season in my heart; loving the music, the trees and the glowing lights I saw throughout the city. But I was never able to outwardly celebrate the holiday until I acquired my second family in my junior year of high school.

Members of my second family are Jewish and Atheist. In fact, none of us are actually Christian. We all love the trappings of Christmas and decided nothing could stop us from celebrating the holiday. On Christmas Eve last year, we met at my friend's apartment on the Upper West Side. We dressed in our finest and set the table with fancy plates, beautiful silverware, and the embroidered napkins. We spread Chinese take-out on the plates and ate fortune cookies for dessert. In a sense, we were celebrating our friendships and diversity more than the holiday itself.

For me, the Chinese-Jewish-Christmas was an affirmation of a newfound independence that inadvertently came into my life with my second family. Before then, I had grown socially dependent on my six-pack.I became friends with six girls from Southeast Asia, other "Brownies." We were inseparable in my freshman year. I always dreamed of attending Stuyvesant High School but it seemed like a foreign place in my first days of Ninth Grade. Initially gravitating towards people of my "kind," other Southeast Asians, other "Brownies," made the adjustment easier.

During the summer apart, I discovered more of my self beyond the group through my notebook. I started writing. My notebook started off as a diary almost, but it quickly became more. I filled it with everything I could: quotes I liked, scans of passages from books I loved, doodles and drawings, my own writing, lists of what my mother needed from the grocery store; anything. I let everything pour onto those unlined, recycled pages. These pages gave me a new view of what I wanted my life to become. So when I returned to school in the fall, it wasn't a surprise when I pursued my interests more aggressively.

In the beginning of my sophomore year, I wanted to join so many clubs. As I branched out into activities that my six-pack blatantly rejected, I made new friends and ultimately found my diverse second family. I joined the school newspaper, read my prose at Open Mic, and danced in a school performance. Though those experiences, I met the new friends who became my second family. When rehearsals ran late, I ate with them and took the train home with them. After the shows, the bond between us continued. We live in different parts of New York City but we make it easy to hang out by choosing a location that's an even commute for all of us. To this day, they're my best friends; they're my second family. We may not agree on everything, but that's why our friendship is so strong: we respect each others' views and opinions.

I don't avoid friendships with people who are racially like myself, but I have learned to see the limitations when I confine myself to a friendship based on skin color. Through my second family, I learned I can adopt elements of any culture I choose to embrace on my terms. I can be happy eating Chinese food on Christmas Eve.

Saru Nanda, a 2013 graduate of Stuyvesant High School, will be a freshman at Carnegie Mellon University in the fall.