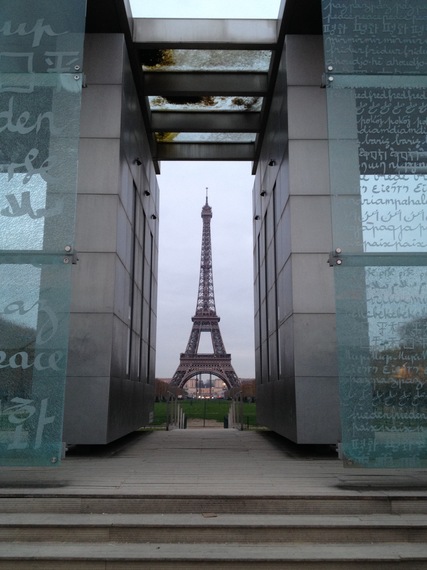 Sadly and certainly there is more ill in the world than that which is being fueled by a terrorist group in foreign lands.

Men and women who work hard yet are not paid a living wage, schools massively underfunded, Chicago neighborhoods where little ones are seemingly gunned down for the doings and dealings of their parents.

The world is not as it should be.

Roman Catholic theologian, John Shea, talks about contrast experiences in The World as it Should Be. According to Shea, contrast experiences are when an event takes place in the world and we immediately hear ourselves, exclaiming, "This is wrong. This is not right. This is not how the world is supposed to be." Shea says its not reason that causes us to immediately jump to this conclusion. We react immediately, he says,

For it is our whole person resonating against something that is wrong, "out of joint" or downright evil. This mental, affective and volatile response is the Kingdom of God within us that judges the present as inadequate and impels us to work for the Kingdom of God outside us.

The Kingdom of God within us, rejects that which is evil, and longs for us to help create the Kingdom of God outside of us. That is why I, as a human being, and how I, as a Christian, explain my reaction to the horror of the evils around us.

[When] we are in the midst of ethnic harmony, or see well-nourished people, or we watch people sacrifice for one another, these experiences do not just lead us to the simple-minded observation that some situations are better than others.

But rather he says, these contrast experiences enable us to realize that our lives and our world can be different. We do not just settle for the world as it is, "We decide to be makers of a better history."

Our world is not as it should be. 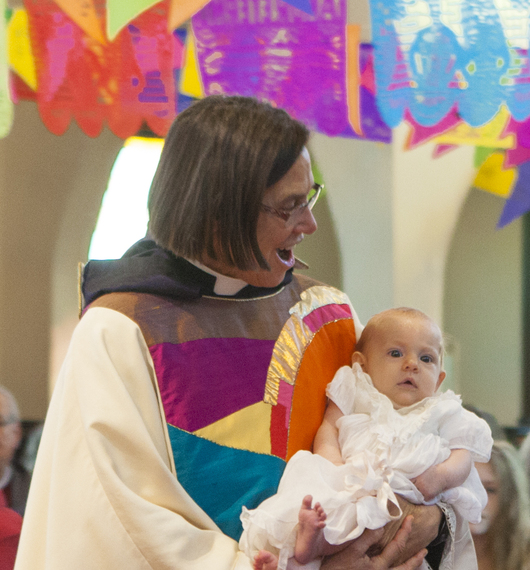 As I held and baptized, little baby Jane last week. I saw that essence of Holy in my arms. For I did what we do when we hold a little one: I looked into her eyes and waited for her to look back into mine, waited for that divine spark arcing between us, each beholding goodness, graciousness and God-ness in one other.

The years have gone by, I am no longer that baby held in arms. I have grown, matured, much has happened some good, some bad. I have acted and reacted -- some good, some bad. The marrow of my soul bears those scars. It is clogged and cluttered: plaque resides. I am not all I hope to be, all I long to be.

I need to change. What about you?

Isn't this what Christianity is all about: dying to the old and rising to the new?

Yet, nothing is born without pain and blood, usually tears too.

Seriously, who freely chooses to experience pain and anxiety to get to a new place in his or her life?

People who have hope.

People who have seen the image and likeness of God in the eyes of another.

People who have had a contrast experience and know that there is in fact something more, something much more than we or our world have now.

Imagine a country where life expectancy has more than doubled in twenty years, where a million people have been lifted out of poverty, where women are the majority of legislators, where 95 percent of the population has health insurance, and which is ranked as one of the safest places in the world to live in Gallup's Global States of Mind poll.

Now imagine this is the same country where close to a million people were slaughtered in a genocide just 20 years ago: Rwanda. There are many ways to measure the progress that defines the past 20 years in Rwanda. Instead of death by machete, Rwandans, unlike many of their neighbors, are living longer, are better educated and healthier and are participating actively in local and national politics. Most of those who committed the genocide have been held responsible.
-- So say authors Margee Ensign and Mathilde Mukantabana in an

Certainly everything isn't perfect in Rwanda, they have a long way to go, yet still -- who could have imagined?

As we remember and honor the lost souls and shattered lives in Paris, Syria, Lebanon and Iraq may we recall the tectonic shifting that has taken place in Rwanda.

People who choose to change are people who understand that the Kingdom of God is at hand.

I invite all of us, made in God's image, to think about places in our lives, our families and the very many communities we find ourselves in to envision that change.

The Kingdom of God is close.

Change is at hand.

Copyright: Bonnie A. Perry November 2015
Photo Credits: Bonnie Perry, Charlie Simokaitis
The World as it Should Be is written by Gregory F. A. Pierce