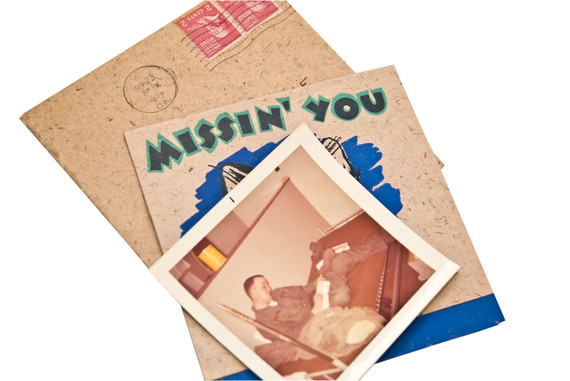 The song "I'll be Home for Christmas (if Only in my Dreams)" always brings a tear to my eyes. The song is sung from the point of view of a soldier stationed overseas during WWII, and it initially was rejected by the music industry for being so sad. Bing Crosby recorded it in 1943 and scored a top ten hit, and the melancholy tune remains a Christmas tradition, especially for families missing loved ones.

This year, thousands of American families will have an empty chair at the holiday table. And some presents will remain wrapped until next summer. Months ago, family members waved bravely as their sons, daughters, husbands, and wives boarded airplanes to begin their deployment overseas with the US military. Many family members promised their soldiers that they wouldn't cry. Many lied.

My son Adam joined the Army after 9/11 and served his country during the holidays of 2003 and 2004 as a military policeman in South Korea. He returned home in 2005 and started a career in law enforcement. His military experience was positive because the army training enabled him to continue a job he learned during active duty and it also provided him with opportunities to continue his education. While I am proud of his commitment to his country, I'm also grateful he's back home and keeping our local streets safe and sound this holiday season.

Through his active duty, I learned how to cope with my own anxiety while offering him positive reinforcement and support. Here are a few suggestions to help families endure the long months of separation:

• Utilize the family services provided by the military, like the many web sites full of useful information about the troops. One example is Military Family Network at emilitary.org. Remember you are not alone, and thousands of families have loved ones stationed overseas.

• Several military-related suppliers offer gifts and mailing opportunities. When Adam was stationed in South Korea, I used one such outlet to send him an Army Santa for Christmas.

• Regular contact is essential for our morale at home and theirs overseas. Most of the troops have access to email, but a letter from home is always welcomed. It's not easy to get through on the telephone, so try to arrange, in advance, the best time for your soldier or Marine to call.

• Remember special occasions, such as birthdays and special anniversaries. It's important to mail months in advance if you want to ensure the package arrives by a certain time.

• Troops always appreciate a package of homemade cookies. Pack them in protective padding and throw in several pairs of new socks for extra cushion.

• Don't send electronic devices or videos unless you're sure they have space and access to the necessary equipment. Remember some packages never arrive, so don't send expensive items. Also, soldiers are limited in what they can bring back so don't send large valuables.

• Keep the troops in touch with their hometown. Send local newspapers and magazines, and encourage their friends to correspond.

• Learn how to take and send digital photos. You can utilize photo-sharing websites such as shutterfly.com and snapfish.com to keep relatives in the loop and your soldier will appreciate the instant communication.

• Remember the rest of the family. While it's natural to be concerned with your soldier, be sure to pay attention to siblings and other family members.

• Don't criticize military conflicts to your soldier overseas. While many Americans are quick to judge the war efforts, don't let that criticism get to your family member.

• Tune into their emotions as much as you can. It's a national tragedy that so many returning veterans commit suicide or suffer from other physical, mental, and financial problems.

• Don't panic if you haven't heard from them. My stepson is stationed on a Navy submarine somewhere in the Pacific Ocean, and we know it could be months before we receive a message from him. Keep the faith.

• Final caution: I once made the mistake of crying when my son called from South Korea; he had been stationed in a dangerous area. He didn't call again for a long time, and eventually told me I hadn't helped his situation acting distraught and emotional. Be concerned but not hysterical, and try to end all conversation on a positive, loving tone. Once you hang up, you can beg and barter for more guardian angels.

During this busy holiday season, keep in mind the sons, daughters, fathers, mothers, spouses and others who are part of a military organization attempting to bring peace to the world. Having a loved one in the military during the holidays encourages us to focus our priorities on more important issues and not get caught up in the holiday hype. This year we'll continue the tradition of lighting candles and offering prayers for the safe return for the thousands of military members who serve the cause of freedom. Someday they will return home, remove the yellow ribbons, and take their seat at the table. As my son once promised me, "I'll be home for Christmas."