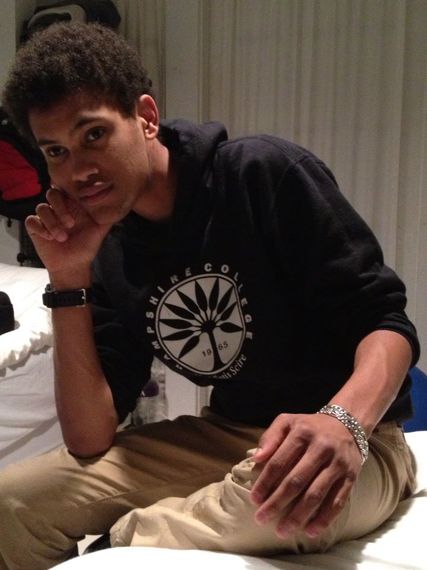 I felt like a 12-year-old Danny Ocean or Robin Hood when I pulled off the most amazing Christmas heist. Maybe you can't really call it a heist. I didn't rob a bank, rip off a toy store or even steal anything physical, but things were stolen: the idea of my parent's omnipotence, along with fragments of my innocence.

It all started when my younger brother, Calvin, requested my help to defy our parents. To a bystander this might have sounded like: "I'm sick of mom and dad telling us we can't get an Xbox. We should buy one ourselves." To me this sounded like: "I'm sick and tired of gravity, we should fly!" So to be clear: My brother asked me to help him do the impossible.

We plotted a Christmas miracle: to buy an Xbox, wrap it, and sneak it under our tree as an anonymous gift to the two of us. We began the normal holiday ritual on December 23 with the four-hour drive to my Aunt Debbie's house in Yorktown Heights, New York. Once there, Calvin and I immediately went to work, with adrenaline as our companion throughout the entire process. Disbelief bathed my parents' faces when we opened the final gift on Christmas morning. Mom and dad spent the rest of that Christmas in astonishment; guessing and re-guessing which relative could possibly have defied their expressed contempt for video games.

This was quite the moment for me, a guy who always enjoyed being a nerd. Even today, that n-word doesn't bother me. I had been an obedient child, but was growing bored with my allegiance to my parents. The Xbox was the symbol of victory for my emerging tween rebellion. It became the first time I saw my parents defeated, and immediately a new fear emerged: How could those who couldn't even stop me from buying a game console protect me from the world? It was a frightening and empowering moment.

The heist happened around the time I awakened to a new interest: film. In the Seventh Grade, I took a media literacy class, which captivated me as we studied the power of the media over the mind. We looked at commercials and explored the rigor entailed in creating 30 seconds of film that influenced such wide audiences. I was amazed to learn that such a large team of professionals invested so much intellectual capital on a commercial or a film-so much more energy than Calvin and I employed on the Christmas miracle. I did not draw this connection so neatly then. Yet looking back, I see how the two experiences shaped my coming of age. The heist demonstrated the power of my creativity while film would become the way for me to exercise that power in a constructive way.

My interest in film continued to grow with me and I convinced my parents to send me to a one-week intensive at the New York Film Academy the summer before my junior year. We learned to make short films with each student producing a two-minute silent film. My film focused on a college student who knew he was shortly going to die and how he chose to spend his final day.

The thrill of staging a world and sharing it captivated me. My nine hours in the editing room felt like nine minutes. I couldn't get enough of shooting the best footage and editing a story, which turned out to be incredibly difficult. I relished the challenge. I felt like I was boxing with Mike Tyson and dodging every punch he threw sometimes even sending him through the roof with an upper cut.

I carried my passion for film back to school my junior year when I noticed a problem: a clear divide between white students, who are mostly residents of Brookline and students of color, most of whom are bussed to our school. I thought film was the best way to address this issue. Rather than write a paper for my Race and Identity class, I produced a film on the conflict by interviewing students from all races. As one of the few African American students who live in Brookline, it was easy for me to gain the confidence of both residents and bussed-in students.

I approached the documentary with a romantic view of film and the medium's potential to help bridge the divide. When I finished the film, I was proud, yet underwhelmed and sobered by its limitations in solving the problem. I had a similar feeling after completing the Christmas Day heist. Both the film and the heist were driven by excitement but ended with my confrontation with harsh realities. The film didn't solve the problem, it just illuminated it by highlighting the unintentional prejudice against students of color at my school. I could only expose a problem-not fix it. But exposure is a big part of progress and the first step to finding any solution. Six years ago, I learned that lesson through a Christmas miracle.

James Thompson graduates from Hampshire College next month with a degree in Digital Media, Animation and Film. He is a 2012 graduate of Brookline High School.