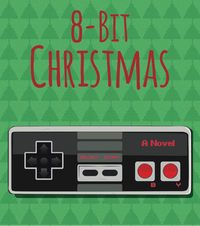 Apparently, I'm not a monster. And for this, I have Kevin Jakubowski to thank.

This fear about my humanity all started back in May, right around the time that Console Wars came out. Given that I'd written a book about the epic battle between Sega and Nintendo -- a battle that, at the time, felt like life or death to any kid interested in having a social life -- it made sense that friends, family members and videogame aficionados would come out of the woodwork to reminisce about the strange joy of growing up in the '80s and '90s. Remember the Smurfs? Remember the Snorks? Remember when you used to have to actually remember stuff because you couldn't just look things up?

I loved having conversations like these; they felt like the memory equivalent of successfully identifying letters on an eye-chart. But no matter how great the banter, or how passionate the arguments (see: slap bracelets vs. snap bracelets), a certain word would inevitably creep into these conversations and stop me dead in my tracks. And that word, the one that made me feel like a monster, was this: nostalgia. 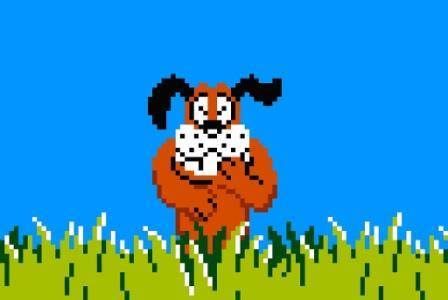 Don't get me wrong, I've got nothing against nostalgia. In fact, I'm actually a recovering nostalgiaholic. Not too long ago, my life could have best been summed up by this exchange from Noah Baumbach's Kicking and Screaming:

Skippy: We graduated four months ago. What can you possibly be nostalgic for?

Max: I'm nostalgic for conversations I had yesterday. I've begun reminiscing events before they even occur. I'm reminiscing this right now. I can't go to the bar because I've already looked back on it in my memory... and I didn't have a good time.

But over time, that part of my personality numbed and, you see, this presented a problem with those conversations I started having. Because while I did indeed remember all these things (Smufs were smurf-tastic and Snorks had tube-shaped heads), my memories seemed to lack the wistful wonder of those around me, and so when it came to the matter of nostalgia I felt inherently deficient. Like a ghost trying, and failing, to pick up a snowglobe. Like Pinocchio, wooden to the core, watching real boys battle and bleed. Or, more succinctly, like a monster.

That is until I read 8-Bit Christmas by Kevin Jakubowski. 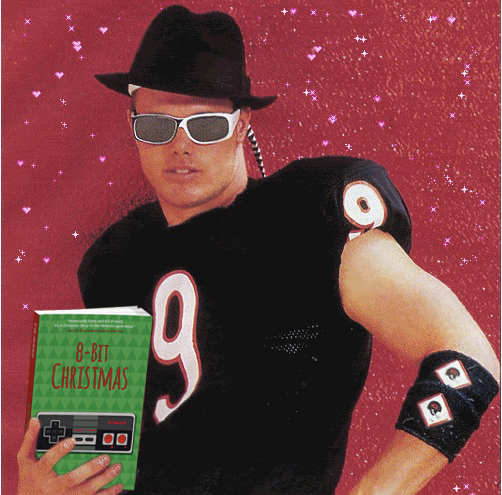 The book, set in 1980-something, tells the story of a plucky 9-year-old named Jake Doyle and his yuletide quest for the ultimate holiday gift: an 8-bit, state-of-the-art Nintendo Entertainment System. To clarify: that means no Jose Canseco rookie card, no GI Joe hovercraft and no Teddy friggin' Ruxpin; it's NES or bust, which just about describes the way that most kids feel about the item at the very top of their Christmas list. Yet despite the relatable premise, this is no typical story. And that's almost exclusively because the NES was no typical gift. Like the Red Ryder B.B. gun that propels Ralphie through A Christmas Story, the Nintendo Entertainment System drew several parental concerns; but instead of shooting your eye out, Moms and Dads nationwide feared that the NES would rot your brain.

While a generation of eye-patch clad gun-lovers may seem no worse a fate than a young population of videogame zombies, what often gets forgotten about those cabbage-patch days is that, to parents, videogames represented the great unknown. Ever since Kris Kringle began breaking into people's homes, the most coveted Christmas gifts had always been those which hit at the heart of every child's greatest wish: to be an adult. Be it the father-like power of shooting a B.B. gun, or the Mom-like fantasy of owning an Easy Bake Oven, the formula was simple: toys + imagination = adult-like fun. Although parents might object to certain gifts with that patented you're-too-young refrain, for the most part they accepted this equation because they understood it (and, growing up with baby dolls and little green army men, they had lived through it themselves).

Occasionally, of course, there'd been an exception to this equation, as fads like the hula hoop or a slinky didn't necessarily represent any specific freedom from childhood. But even in these cases, a constant remained: parents understood the toy just as well or perhaps even better than the child. Maybe they couldn't hula hoop as well as Little Suzie, but depending on their knowledge of physics and their comfort-level using the phrase "centripetal force," they could still explain how things worked. And, at the same time, they had a general sense of what wouldn't work; a basic understanding of that product's limitations. With the exception of a Transformer action figure, a toy was exactly what it looked like. A hula hoop was for twirling and little green army men fought in imaginary wars; neither could magically one day evolve into something else. It's a distinction that may sound obvious and strange to make, except when considering how this, and so much more, was all changed by the Nintendo Entertainment System.

Although one could argue that Nintendo's games provided a portal to those same adult-oriented fantasies (by learning how to hunt ducks, or how to master kung-fu), the delivery method of this wish fulfillment was foreign to parents. And not just metaphorically, as it was being produced by a Kyoto-based company at a time when many complained that Japan was stealing American industries. This unusual dynamic served as the backdrop for millions of kids -- like myself, like Kevin Jakubowski and, of course, little Jake Doyle -- who had no idea about the politics or these parents concerns, but just wanted a Nintendo Entertainment System because it was the most fun toy ever. 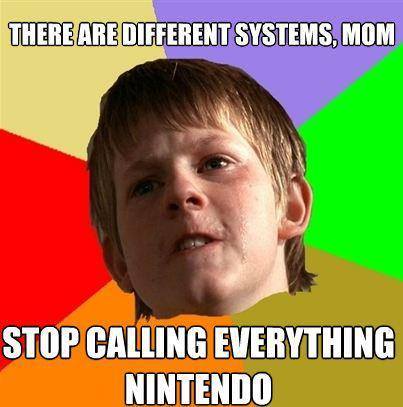 For Jake Doyle, this device of superlative fun is nothing but a rumor until, one fateful day, a classmate named Timmy Kleen becomes the first kid on his block to acquire the mythical NES. Unfortunately though, for Doyle and his pals, this Kleen kid is an egomaniacal, rich-and-I-know-it spaz. Nevertheless, like most young despots, Kleen's love of power is trumped only by his desire to wield it over others. So every Saturday morning, a long line of hopeful gamers would form outside of the Timmy Kleen's home and then, at nine o'clock sharp, he'd strut out in a bathrobe to allow ten lucky souls to join him in the basement for a full day of Nintendo action. Sometimes admission was just a matter of first-come, first-served, while other times it resorted to a game of best bribe wins. In this manner, we are introduced to the curious world of NES-obsession and, following a horrific spaz out, Jake Doyle's heroic quest for a Nintendo of his own. 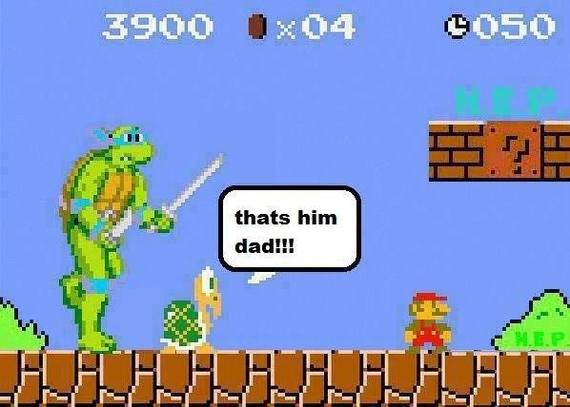 The writing is impeccable and packed with many references to the eighties like Double Dare, baseball cards and Cabbage Patch dolls. But what really impressed me, and where I owe a major thanks to Jakubowski, is how he managed to tether these references to a thoughtful mixture of images, emotions and childish scheming in such a way that a true sense of nostalgia was born. Doyle fantasizes about his family being contestants on Double Dare, obsesses over rarity of Mike Greenwell baseball cards and enters a corrupt holiday-themed bargain with his little sister to ensure he gets a Nintendo and she a redheaded Cabbage Patch doll named Dawn.
As a result of the way Jakubowski expertly toggles between context and story, I was reminded that nostalgia is about much more than pop-cultural references. 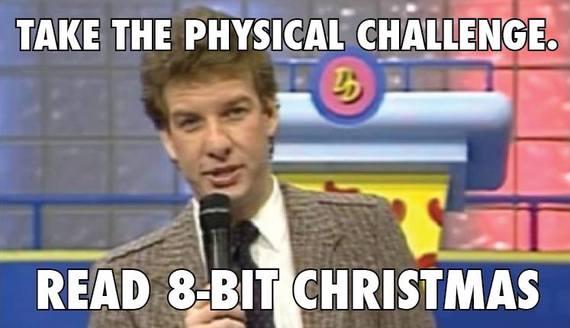 Those references -- whether in 8-Bit Christmas, or in my everyday conversations -- were merely the keys to unlock the unique pairing of mindset and memory. Nostalgia, I realized, wasn't about yearning to turn back the clock or a strange and silly affection for the Smurfs (or the Snorks), but rather a compass that, in the same way we visit different places, could allow us to visit different times. Whether it's the joy we felt blowing out a birthday candle, or the fear we felt hiding from a bully, to truly revisit these memories, it's necessary to turn off our adult-brains and step back into our mindsets at the time. And what better way to re-map the world as we once knew it than to use popular landmarks from the era? Like Double Dare, Mike Greenwell baseball cards and redheaded Cabbage Patch dolls.

Not only do these cultural touchstones create a possibility for shared memories (for those who once desired such things and were perhaps even lucky enough to get some) but by harnessing nostalgia in this manner, those uniquely specific sentiments become translatable to anyone of any age. And that, above all else, is where Kevin Jakubowski deserves credit. He didn't take the easy road when crafting the story, but instead opted to create an intricate and nuanced highway; a heartfelt path that, for me, brought me back to a place I'd once been but, most importantly, will forever provide a conduit to anyone who'd like to vacation with us, the Nintendo Generation.