The letter was terse. Our health insurance company would no longer cover our son's epilepsy medication unless we switched from the brand name drug to a generic form. They would re-authorize covering the brand name medication only if he took the generic drug for a month and had "a documented clinical failure."

In other words, the insurance company had decided that our son had to have a seizure. 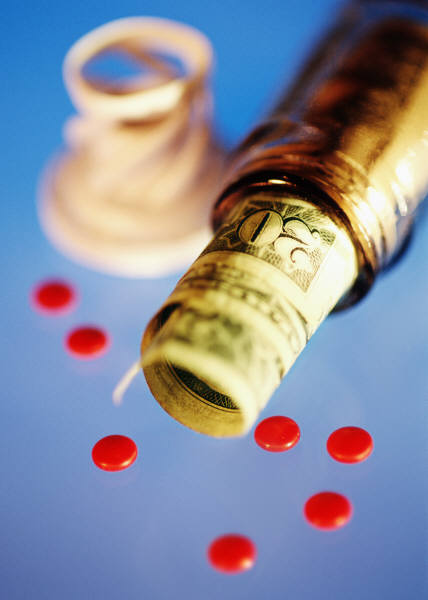 Even though his seizures were under control. Even though his doctor always checked off "Dispense as Written" on the prescription form. Even though there is mounting evidence that switching to other versions of antiepileptic drugs often does not control seizures as effectively.

Watching your child in the throes of an electrical storm in his brain, and the temporary paralysis and disorientation that follow, is terrifying. "It's like getting kicked in the head," one doctor told us, adding, "And how many kicks can you sustain before there is permanent damage?"

According to the Epilepsy Foundation, a study in the July 2009 issue of the journal Pharmacotherapy concluded that patients who had "an epileptic event" requiring acute care were about 80% more likely than the control group to have recently had an antiepileptic drug substitution.

The problem is that "equivalent" doesn't mean "the same" when it comes to generic drugs. Generics contain the same type and amount of medical ingredients as the name brand, but have different inactive ingredients - colorants, fillers and binding materials. They don't have to deliver precisely the same amount of medicine, or do it at precisely the same rate. Even generics for the same drug can differ from each other. The Food and Drug Administration allows a 20% variance in bioequivalence for generics - a 90% confidence interval, within the acceptance range of 0.80 - 1.25. Which makes me wonder: if 80% is good enough, could 120% be considered an overdose? If a generic only has to be 80% equivalent, is that like asking for change for a dollar and getting back 80 cents?

Generics to control high blood pressure or elevated cholesterol do the job. But for some patients with seizure disorders, there is little margin for error. It's the difference between epilepsy that is fully controlled, and breakthrough seizures. And seizures aren't just debilitating; they can be life-threatening.

Did anyone at the insurance company bother to look at our son's full medical profile? How was it possible that a clerk, relying on the medical guidelines of a panel of experts who had never met, let alone treated, our child, could possibly decide what was best for him? That they could override the clinical judgment of the doctor who was actually treating our son? And what about the sheer cruelty of forcing a child to undergo more seizures, just to prove a financial/medical point? Doctors follow the fundamental principle of "first, do no harm." Shouldn't this apply to insurance company medical panels too?

Brand name drugs are expensive. I'm not opposed to using generics to cut costs. But not at the expense of efficacy. Not at the expense of a child. How much is actually saved, when cost cutting measures result in breakthrough seizures? Has anyone factored in the financial impact of paying for EMS services and hospitalizations? The time and wages lost when patients and parents miss school or work? The social and emotional repercussions on those patients and their families?

As for our child? Not surprisingly, the insurance company's experiment was a clinical failure. After three weeks of taking the generic form of his medication, he had a seizure. They finally agreed to pay for the brand name medication they had no business taking away in the first place.