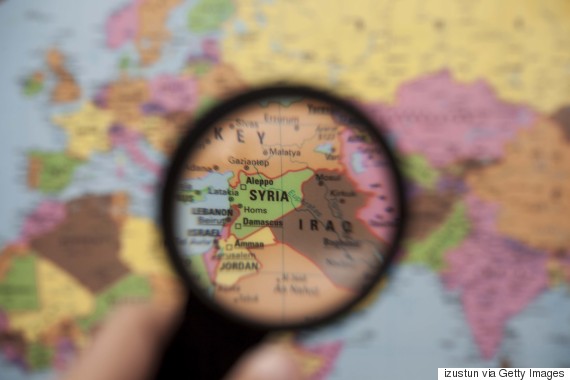 The war within wars
Over the past four years, the situation in Syria has deteriorated. The current civil war has been characterized as a war of government against the people, a sectarian war between Shia and Sunni Muslims, and lastly, a proxy war--all while facilitating the rise of ISIS.

For the average college student, it's hard enough to juggle classes, exams, job applications, internships, clubs, and sports...let alone keep up with the details of a situation as complex as the Syrian civil war. So, now that we are all finally recovering on winter break (and possibly binge-watching Making a Murderer), here is my best attempt to provide a basic study guide for everything you need to know about the conflict in Syria.

Why are people even fighting in the first place?
For the majority of its existence, Syria has been ruled by the Baathist Party. The party is currently identified as a socialist movement led by President Bashar al-Assad and his secular/authoritative regime.

Taking office in 2000, Assad's successes relied heavily on the exploitation of age-old sectarian tensions between Shia and Sunni Muslims. In return for their devotion, Assad strongly supported the Syrian Shiites (which make up only 10% of the global Muslim population). Because of this, the Shiites were led to believe that, without Assad, they would lose all governmental representation and the Sunnis would take over.

Meanwhile, civilians became increasingly unhappy with the "stagnate" political processes imposed by the regime. In the midst of the Arab Spring uprisings in 2011, inspired Syrian protestors finally took their displeasures to the streets. In what began as peaceful protests calling for democratic reform, soon unraveled into nationwide unrest after security forces opened fire on several demonstrators.

Without hesitation, civilian rebel forces began organizing and arming themselves for combat against government violence--forming the Free Syrian Army. This pushed the government military powers to destroy entire towns at a time in attempts to regain control. Eventually, these tensions escalated into what is now the current Syrian civil war.

But, don't think that the fighting is limited to only these two players.

Who is fighting?
Fighters from all over Syria joined the rebels in their movement, including many extremists (something that was highly encouraged by Assad).

Around January 2012, an ethnic group located in the North, known as the Kurds, saw this as their chance to seek autonomy after years of oppression. They de facto seceded from Assad's rule. However, the group was not seeking total independence from Assad, but rather a "local democratic administration."

In the summer of 2012, Iran intervenes on Assad's behalf, sending troops and cargo--Syria officially becomes a proxy war. To counter Iran's influence, Arab Gulf States begin sending money and weapons to the rebels through Turkey. Iran takes it a step further when Hezbollah (a Lebanese Shia group backed by Iran) invades to fight alongside Assad. This causes the Gulf States to send even more money and weapons to the rebels, but this time, through Jordan.

By 2013, the Middle East is distinctly divided between the (generally) Sunni powers backing the rebels (Gulf States, Turkey, and Jordan) and the Shia powers supporting Assad (Iran and Hezbollah). In August 2013, the U.S. publicly establishes its distaste for Assad when his regime uses chemical weapons against civilians in several agricultural districts around Damascus. Prior to this, the Obama administration had only signed a secret order back in April 2013, authorizing the CIA to train and equip Syrian rebels (but the program stalls out at first). Obama declares it a national security interest to respond to the regime through a targeted, military airstrike. However, Russia (a long-time ally of Syria) proposes that Syria surrender control of its chemical weapons instead. The U.S. backs down, but several weeks later the first American training arms finally reach the Syrian rebels--the U.S. is now officially a participant in the Syrian war.

In early 2014, an al-Qaeda affiliate based in Iraq breaks away from the group over internal disagreements, forming ISIS. Fighting mainly against the rebels and the Kurds, the terrorist group begins carving out a mini-state in Syria, in which it calls its Caliphate. ISIS spends the rest of the summer seizing territory in Iraq.

In July 2014 the Pentagon launches a program to train Syrian rebels, but only the ones that are fighting against ISIS. Although the program fizzles out, it's clear that the U.S. now opposes ISIS more than Assad. That August, Turkey (which backs the rebels) fuels an ancient rivalry by bombing Kurdish groups in Iraq and Turkey (even though most of the Kurds are fighting ISIS). This creates confusion among the Kurds about where the U.S. stands, and deepens tensions over prioritizing Assad or ISIS.

In September 2014, Obama reaffirms our focus on ISIS and moves forward with a campaign of airstrikes against the terrorists. In September 2015, Russia intervenes on Assad's behalf. Russia initially says that it's there to bomb ISIS, but ends up bombing anti-Assad rebels instead (including some that are backed by the U.S.).

So, in summary, we are currently dealing with Russia, Iran, and Hezbollah aiding the Shia-backed Assad regime against the Sunni civilian rebels supported by Turkey, Jordan, and the Arab Gulf States (and at one point the U.S. as well). We also now have the conflict between the Kurds--who only want autonomy from Assad and to fight ISIS--and Turkey. And then of course, we have ISIS. But what about us?

Where does the U.S. stand now?
The U.S. is still hesitant about its stance towards Assad, acknowledging that his regime will need to be removed at some point, but that now might not be the best time. If Assad is overthrown, Syria will be left in shambles and ISIS will take over.

With ISIS becoming an increasingly global problem, the U.S.-led coalition against the group has now taken priority--creating informal allies between Assad, Russia, the U.S., Iran, Turkey, the Kurds, and several others. For now, we have agreed to put or differences on Assad aside, and will continue to focus on taking down ISIS. Secretary of State John Kerry is even currently working towards "peace talks" between the coalition and Syria. Unfortunately it doesn't look like this war will reach a conclusion anytime soon.