It's disturbing, but unfortunately no longer shocking, to hear about the hazardous health conditions in many New York City nail salons. Last fall, Public Advocate Letitia James released a report detailing how popular chemicals used in many nail salons have proven toxic and harmful to human health -- with effects that include headaches, eye and lung irritation, liver and kidney damage, and birth defects. And this spring, it was nearly impossible to miss the New York Times expose that revealed "The Price of Nice Nails."

Now, it's time for solutions.

This is a public health dilemma that calls for the kind of innovation made possible through public-private partnerships. That's why the Office of the Public Advocate and Pegasus Capital Advisors are working together to launch a pilot program of a potentially game-changing technology that will incentivize improved air quality and health conditions in New York City nail salons. Because of the gravity of the issue, we've made this commitment to nail salon safety through the Clinton Global Initiative, a pioneer in facilitating cross-sector solutions such as ours and will encourage us to share lessons learned.

Starting in January 2016, we will begin providing nail salons around the city with free prototypes of the Genesis Light, a 24-hour lamp that monitors air quality and impacts health. The light - a new innovation from Pegasus portfolio company Lighting Science, a global leader in LED technology -- sends manicurists, customers and city health officials an alert based on the presence of volatile organic compounds (VOCs), including formaldehyde. While the technology engineered within the Genesis Light is complex, the functionality is simple: A green light for clean air, a red light for toxic air. It also communicates with mobile devices via an app and has the capacity to archive its findings on a digital platform online that will eventually be available to the public. 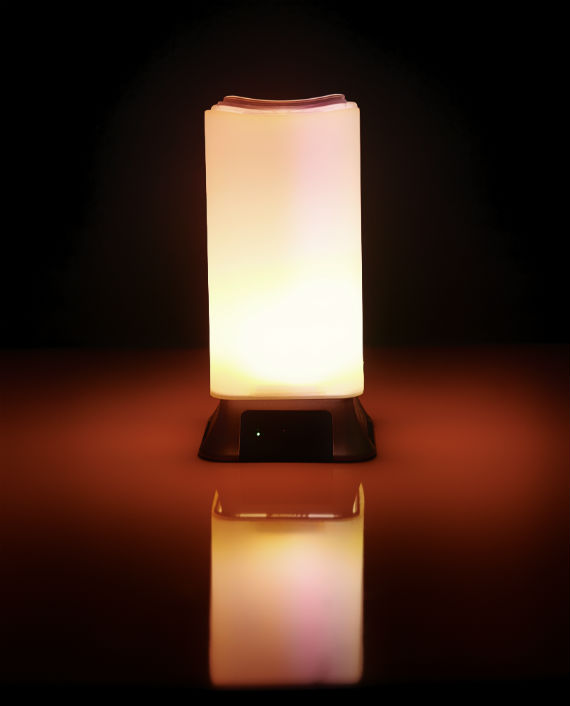 There is an ongoing debate between lawmakers, advocates, and nail salon owners about how best to improve health conditions. But this innovative technology has the potential to transform the nail salon industry overnight without placing an undue financial burden on either the taxpayers or well-meaning salon owners.

This week, we attended the CGI 2015 Annual Meeting, a gathering whose focus on the future of solving global challenges confirmed that our commitment is not just about nail salons, but also about the nature of solving social ills in the 21st century. In our rapidly changing world, the role of traditional policy and legislation is often limited. We have to expand our horizons and more effectively incorporate technology in public policy solutions. And that means creating more incentives and opportunities for public-private partnerships -- partnerships that can move the needle of change faster than when government acts alone.

Our goal is to inspire customers and regulators to make informed decisions that will ultimately create a domino effect and incentivize all nail salons to better manage their air quality.

More broadly, we also hope to inspire more private businesses and government officials to think outside the box. Public-private initiatives like ours are about more than just optics -- they are good business for shareholders and fiscally responsible solutions for lawmakers. In our ever-interconnected world, we all have a responsibility to do our part in shaping a brighter future.

Nail salons are an important part of the cultural and economic fabric of New York City and communities around the country. Through innovative partnerships, we can make sure that nail salons never again compromise our collective health or our conscience.

Letitia James is the Public Advocate for New York City.
Craig Cogut is President and Chairman at Pegasus Capital Advisors.

This post is part of a series produced by The Huffington Post and the Clinton Global Initiative in conjunction with the latter's 2015 Annual Meeting (September 26-29 in New York City). This week, President Bill Clinton and Chelsea Clinton convene more than 1,000 world leaders under the Annual Meeting's theme this year -- The Future of Impact -- to define the next decade of addressing global challenges. To read all of the posts in the series, click here.

Public Advocate for the City of New York