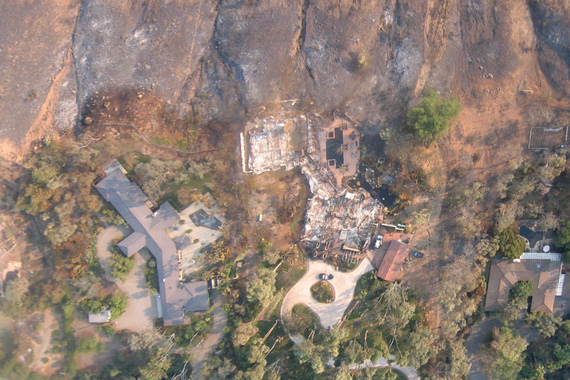 "(People) should not be forced to live on property with brown lawns, golf on brown courses or apologize for wanting their gardens to be beautiful."

In a follow-on interview with the Washington Post, he added,

"We pay significant property taxes based on where we live. And, no, we're not all equal when it comes to water."

Clearly, public shaming is not going to work on this guy.

And we've all heard about Tom Selleck allegedly stealing water by the tanker load from a fire hydrant. Selleck argues it was only illegally diverted, not stolen, but he's still breaking the law to keep his ranch going.

On the other end of the economic spectrum are agricultural workers in San Joaquin Valley, trying to survive on water that has arsenic levels double the level considered safe. Even bathing can result in poisoning. Impoverished residents are buying bottled water just to survive.

I've been reading similar stories about the personal impact of climate change for at least twenty years. They range from the ridiculous to the tragic. But this year is the first time it's struck me personally.

I live in Seattle, historically one of the top five rainiest U.S. cities with the least amount of annual sunlight. Average temperatures are mild on either end, ranging from 47 in December and January to 75 in July and August. 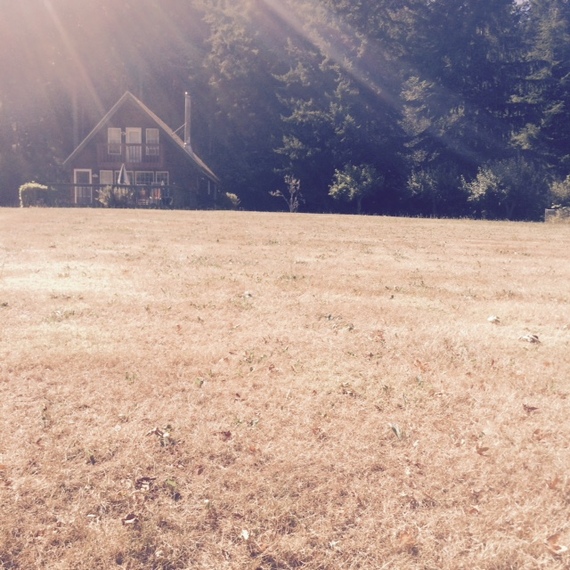 I spend as much of my summer as I can on one of the islands north of Seattle, a verdant paradise of fir and giant maple forests reaching down to rock beaches. It gets dry and hot in August -- sometimes as high as 90 degrees -- and the lawn can go brown in spots, but the paths through the forest show wet spots all year round.

Except this year. Rainfall was lower than usual in the winter, and May-June was the driest ever. June was exceptionally hot, with average temperatures nine degrees higher than normal. That very hot, dry weather has continued through July.

For the first time, I am suffering because of rising temperatures that, like California's drought, are most likely the result of climate change.

I get heat headaches that can grow into migraines. My nervous system shorts and my extremities grow numb. I can't think clearly and typing is difficult.

And that changes everything.

I don't have the energy to be outraged anymore. I'm just trying to stay focused on getting through my day without taking a toxic amount of Advil to reduce the pounding in my head until the heat of the day dissipates into a blessedly cool evening.

But the sea temperature is going up too, so we don't know how long that evening cooling will last.

Since I moved here six years ago, I've looked with satisfaction at climate maps where the Pacific Northwest appears as a blue crescent against the punitive reds and oranges of the rest of the United States. We've been self-righteous about our environmental ways that seemingly rewarded us with cool temps and blessed rain, renewable hydro-power and abundant wild seafood.

Now we're suffering with the rest of the world.

I've gone from indignation that everybody else is using up resources and contributing to climate change, to fighting just to feel normal.

Though I'd hate to align myself with the likes of Tom Selleck and Steve Yuhas, they share more than they'd like with me and with the farm workers of the San Joaquin Valley: we're all experiencing the pain of losing a piece of life that we once took for granted. It feels very different than an ideological violation. It's visceral.

Despite our very different experiences, every one of us is compromised by the effects of climate change. At some point won't we all see that we're aligned in a common cause? Using water illegally addresses personal pain with a short-term solution. So does buying bottled water. Or hiding out in a dark air-conditioned room as I did last week. On the other hand, working together to mitigate climate change and insisting that our leaders do the same could give us back the lush, fertile land in Rancho Santa Fe, the San Joaquin Valley, Seattle -- and all over the world for that matter. We'll all be better off.