After attending Star magazine's Scene Stealers event at the Roosevelt in Hollywood, it really hit me how much my life has come full circle -- primarily because of this before and after picture that surfaced shortly after the event: 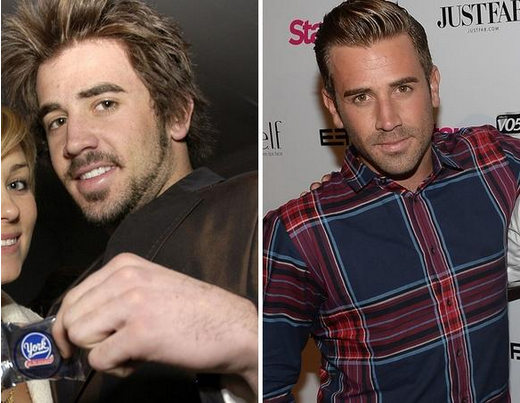 In the photo on the left, I was clearly bloated from all the alcohol I was drinking on a regular basis, my face was pale and lifeless and I was clearly emotionally disconnected. On the photo to the right (taken at the Star magazine event on the first) I almost look like a different person. My entire outward appearance has changed -- I now take pride in how I look, and live a healthy lifestyle that is reflected in my physicality. I could see the obvious difference between who I was then at 19 and who I have become now -- and believe the public can see the same, too, despite my past reputation.

At the time the picture on the left was taken, I was in the fight for my life, but I didn't realize it. I was out drinking every night, acting recklessly and making poor decisions left and right. Eventually, just like anyone else who struggles with alcoholism, it all caught up with me. Before I knew it, I had six drinking-related arrests under my belt and had even done some jail time. What was even worse was that every misstep I took -- my DUI, fights I got into -- all went public. My mistakes and run-ins with the law always hit the wires because of my time spent on MTV's Laguna Beach and The Hills. I was quickly becoming known as the non-stop partier from Orange County, when truthfully, I was just like any other alcoholic who was humiliated because of their spiral out of control. I knew that Laguna and The Hills weren't the source of my addiction, but the overnight success, fame and cash ignited my addiction much quicker.

Behind the scenes, my addiction had led me to the deepest, darkest places. I continued to get into legal trouble, and I even tried to take my own life. I was convinced that I had it all -- backpacks full of cash, girls, fame, cars, you name it. I had a great family, with two parents who to this day have been married to each other for 40 years. With a family as great as mine, plus the overflow of materialistic things, I thought I had it all. Ironically, I was still unhappy and felt I had nothing to live for. If these things couldn't make me happy, what would? I was so uncomfortable in my own skin that I contemplated suicide a number of times, and even attempted it once. I took 10 times more antabuse (a popular drug that helps alcoholics abstain from drinking) than I was supposed to in an effort to take my own life, but was saved after being rushed to the hospital and receiving treatment for my overdose. That was about four years ago, and I have now been sober for three.

My overinflated ego and underestimated sense of self-worth tore me down. I had gone to rehab a number of times, but only to appease my family, girlfriends or the courts. I knew I was an addict but didn't want to stop yet. Even though I was always compliant in treatment, I had a big ego that would prevent me from being vulnerable in individual or group therapy sessions. It wasn't until my introduction to Dr. Drew on Celebrity Rehab that I really decided to put my game face on and do whatever it took to get sober, including letting go of my past demons.

Since my time spent with Dr. Drew, I joined AA, got a sponsor and started on the path to my own recovery. Once I had gotten sober, I received a number of offers from different treatment centers to be a spokesperson, but it was my connection with the owners of Northbound Treatment Services that interested me. They created a position for me as a client advocate and I eventually moved on to become the Client and Alumni Services Manager, which is a just a fancy term for helping people achieve natural highs. Through this position, I take other recovering users out and get them active. I get them involved in the things I like, such as doing anything with a board -- surfing, wakeboarding, paddle boarding, etc. This is where I feel as though my journey through addiction and into sobriety has come full circle, primarily because I can continue to live a sober life and help others do the same. I did not go through the program at Northbound, but my experience here has changed the course of my life and helped me to stay sober

Working at Northbound isn't the only thing that has made me feel like I have done a complete 180 from the young 19 year-old pictured above. After a few public make-ups and break-ups, I have found my soul mate in my fiancée, Ashley Slack, who will be my wife in just a matter of days. We have spent this past year preparing for the next step and as of this Saturday, I will be officially off the market and could not be happier about it! Ashley has supported me in my sobriety and has played a pivotal role in shaping who I am today -- a man much different than the one that used to flood the airwaves with debauchery. Our wedding will be yet another accomplishment and proud moment in my life -- a life that has been turned around through hard work, dedication, and the love of an amazing woman who I look forward to sharing the rest of my sober and successful life with. 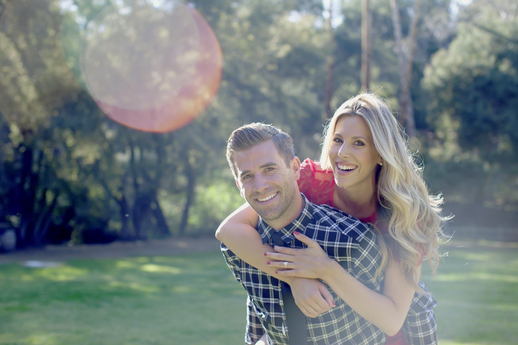