If you've ever chuckled out loud upon seeing the hilarious crop of stock photos that grace your computer screen when searching the term "artist," you will certainly appreciate "A Contemporary Portrait of the Internet Artist," the newest series from Italian art collective IOCOSE.

The hilariously bland Getty images more often than not feature beaming, muscular artists hard at work in their sun-drenched, pristinely organized studios. Even aside from the images' blatant cheesiness, their representation of art making as a solitary practice in a squeaky clean space egregiously fails to illustrate the complex and often mundane tasks of creating today. That's where IOCOSE comes in. 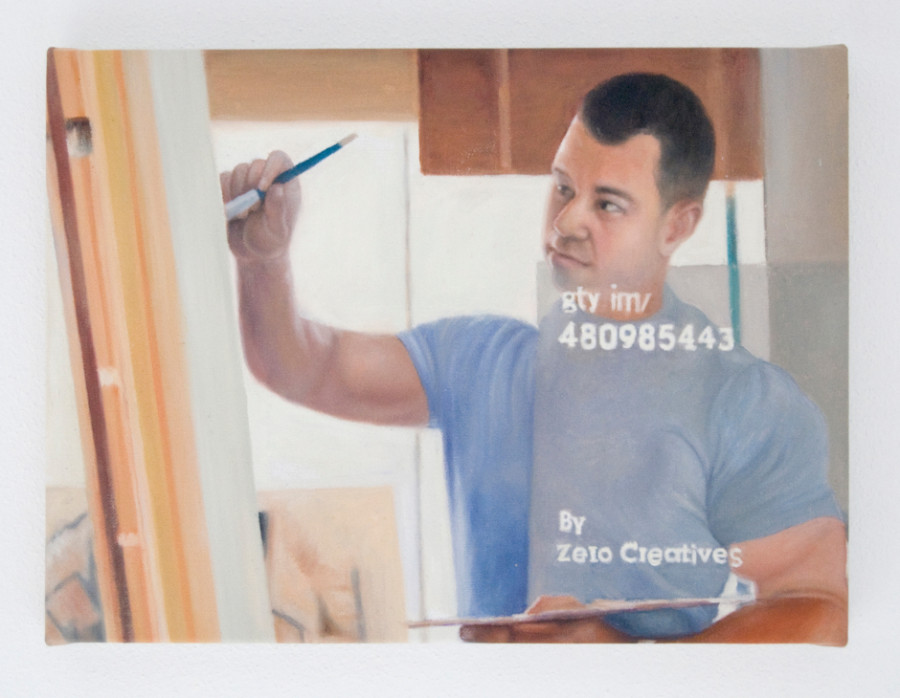 "We had the idea while browsing through the Getty Images photo archive," IOCOSE's Filippo Cuttica explained in an email to The Huffington Post. "We found the ‘artists’ section to be particularly uncanny. We often ask ourselves what being an artist in the ‘internet age’ means, and looking for an answer on Getty Images seemed pretty natural. When we were presented with a bunch of good looking and solitary figures, in the act of painting or sculpting, we quickly realized that our experience is almost opposed to that. The art practice we know involves outsourcing, underpaid labour, copyrighting, keywords, buzzwords, SEO and lots of emailing and Skyping. Definitely no brushes, no canvases (not that we are proud of it, but we really have no clue how to handle a brush, apart from some elementary school training)."

The artists resolved to incorporate said strange imagery into a portrait representing the wholly perplexing nature of the art world today. "The idea we had was to investigate the many different modes of making art that we are commonly involved in. This investigation could also involve Getty Images and their photos which are, in their own turn, interesting for the multiple artistic forms they represent (the naive image of the solitary painter is represented through copyrighted digital images, outsourced to professional photographers around the globe)."

The group wanted to hire artists outside their collective to finish the job. IOCOSE looked internationally for individuals who offered the best "price/quality ratio." Cuttica added: "Like in every commerce, there is competition also in outsourced painting." They happened to find the best deals located in China. The artists noted that they are, to their knowledge, the first to incorporate exploitation of labor involved with the underpaid Chinese painters not for economic gain but as a stylistic artistic approach. 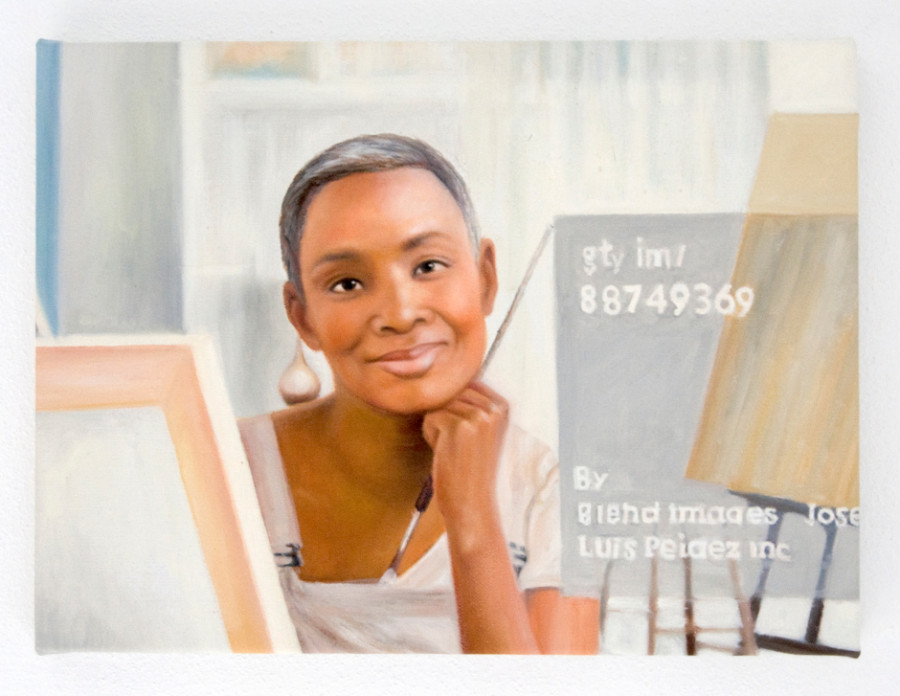 The resulting images couple the oddly tranquil portraits themselves with the contemporary ornaments that become enmeshed in the images' digital forms. The smiling strangers, paintbrush in hand, are plastered with watermarks, Getty domain names and photographer citations, transforming the wistful odes to old fashioned artistry into contemporary curiosities.

"This is a series of portraits in the broadest sense of the term: a representation of the internet artist in all its complexity and multiple forms," said Cuttica. "It is a necessarily limited and partial representation of a category (the ‘internet artist’) which we otherwise question and propose to debate. If there is one idea we are trying to convey, is that internet artist might mean several different things, and there is not one which is necessarily better or more interesting than the other. Getty Images might propose a naive view of what an ‘artist’ is nowadays, but they also offer a provoking and complex portrait, one in which an old model (the solitary pensive painter) is proposed through watermarked digital images in high definition photographed by expert and possibly underpaid photographers living somewhere in the world (where they are based is totally irrelevant, for Getty)."

"We are fascinated by this complexity, and we believe that if a portrait of the internet artist has to be drawn nowadays, it has to take into account all these forms of remediation of previous forms of art through new systems of production and distribution, which indeed also entail new/old relations of power and forms of exploitation." See IOCOSE's work below and check out our coverage of their previous project Drone Selfies for more.