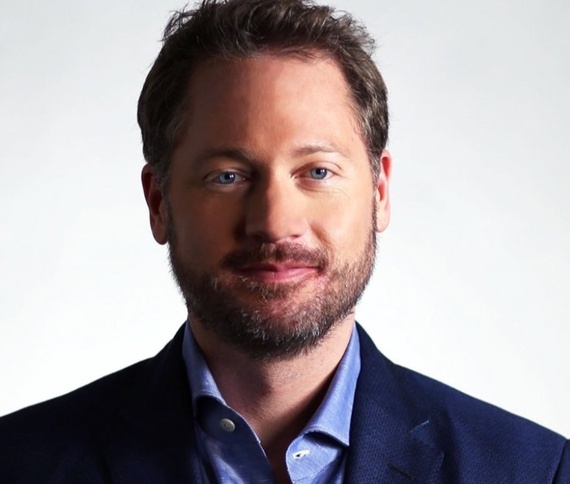 At a small café in Nolita in the heart of New York, following this year's Effective Altruism Global, the entrepreneur and investor talks about his entrepreneurial journey and his goal of rewriting the operating systems of life.

Bryan Johnson, entrepreneur extraordinaire, made a decision at age 21 and never looked back. He told his family and friends that he would start a company and retire by age 30. In 2013, he sold his company Braintree, an online and mobile payments provider, to eBay for $800 million in cash. One year later, he dedicated $100 million of his own capital to invest in entrepreneurs working toward quantum-leap discoveries that promise to rewrite the operating systems of life. That marked the beginning of the OS Fund. Since then, Johnson has been meeting with and investing in visionary scientists and entrepreneurs working on some of humanity's greatest opportunities and challenges.

Johnson is also an adventurer. He has climbed some of the highest peaks in the world, raced in the African desert, explored an active volcano and built a snow cave in the Arctic. He is a pilot, the father of three and a children's book author.

Never in the history of mankind has the gap between imagination and creation been so narrow. With our new and powerful tools of creation including 3D printing, genomics, machine intelligence, robotics, software, synthetic biology, and others, we can now create the kind of world we could previously only dream of. Where da Vinci could sketch, today we can build.
-- Bryan Johnson

What was an early influence that has shaped your life?

The most influential one was when I was 21. I had returned from Ecuador after volunteering there for two years. I lived with people shackled by extreme poverty. It changed how I understood the world and my place in it.I returned to the United States and determined that I wanted to spend my life trying to improve people's lives. As I assessed my options, it seemed crazy that I would trade my time, for example, 60 minutes for $8.75 and do that for a lifetime. I decided I wanted to become an entrepreneur, build a successful company, retire by age 30 and then with that freedom of time and abundance of resources, go out and try to be useful for the world.

Was there a turning point?

What is your vision behind your investment fund?

OS Fund aims to benefit the lives of billions of people for generations to come. That's the ultimate goal. I wanted to do this at 21 but I couldn't see a clear path then. I spent the next decade thinking about how I could make a meaningful contribution, all while I was heads down building my companies. I became intensely interested in science and technology, specifically how our world is developing and what was going to become of the human species. The thing that is uniquely exciting about our time and place in the arc of humanity is that we have these incredibly powerful tools of creation. Humanity has always built tools but our tools are now changing at an unparalleled rate and have incredibly powerful potential. With computer software, genomics, virtual reality, artificial intelligence, robotics, biology, we can literally program everything, having the power to create any kind of world we can imagine. The most pressing question in my mind is: What kind of world do I want to build?

What makes you get up in the morning?

I jump out of bed because I love what I'm doing. Our new tools of creation are incredibly powerful, and we're at a uniquely exciting and critical moment in time.

What do you do in the first hour of the day that has the most impact for the rest of your day?

I typically identify what I want to accomplish for that given day.

What are some of your daily rituals?

I like to keep my life very fluid. I like serendipity and rolling through different ideas and possibilities. For example, I'll lose myself in a book for an hour and refresh my mind again to somewhere off in the world.

What book are you most likely to give out to young people?

I like Ernest Shackleton's voyage because it chronicles someone who dared to do something incredibly audacious. It is a story of survival, endurance and fortitude.

Who are some of your influences?

I read this book called "A Good Man" by Mark Shriver about his father Sargent Shriver. He served in the Johnson and Kennedy administrations. He was a driving force behind the Peace Corps, and his son wrote a book about what a remarkable man he was, and how good he was as a father, a co-worker and a partner. He just was a fantastic human being. I guess when I think about my life, I wonder: What will my children say about me? Will I have contributed to their lives in meaningful ways? Will I have been a good friend? Will I have been loyal? Will I have done meaningful things? Will I have benefited society? So that book is a good model of a truly devoted man to the world, his family and others around him. He cared immensely about other people. I find meaning in that. 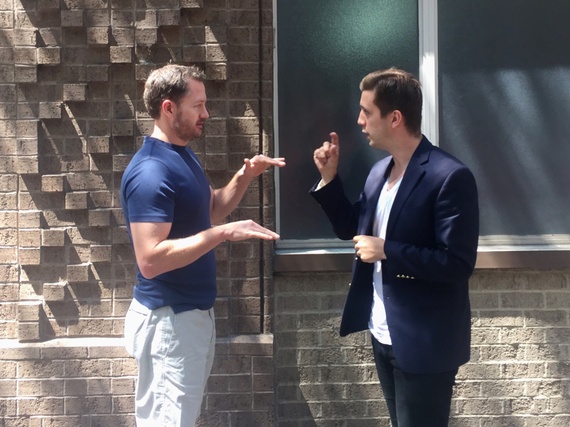 What do you attribute to getting things done?

I've been through a big transition in my life in which before I was very scrappy and did everything on my own because I was a perpetually struggling entrepreneur. Now that I've achieved some financial success, I've restructured my entire life to focus more on certain things that I can have an impact on. There's been a big change in terms of how I operate on a daily basis and how I think - the decisions I make and how I spend my time. When I was building Braintree, I may have made 50 decisions in a given day. Today I'm making a hand full that have a long-term impact, so it is a different mental model of how to operate in getting things done.

How do you focus?

I have to say "no" so many times to people asking me to participate in various projects. I have to do it to stay focused but I really regret that. I wish I had more time to give to others.

How do you build and maintain relationships?

I am insatiably curious and love surrounding myself with people with whom I can ask questions for hours.

Is there a story that illustrates your life philosophy?

We all have the ability to author our lives and existence. In my office, I have a mural that was created by a spray paint artist that I commissioned. Harry Potter is on one side; Gandalf is on the other; the staff and the wand point at the middle and they are exploding with energy. I used characters with whom my kids were familiar. There is an open book with blank pages and a pen, above it, the word "dream" is written in graffiti. The idea is that J.K. Rowling and J.R. Tolkien used the tools of creation of words to create new worlds that we've all inhabited. We can use tools of creation like computer software, biology, genomics, AI, robotics, and we can literally author our world and how we live. That's true for entrepreneurs, too. You start a company, you get to determine who you hire, what company that you're going to build, and the culture you create. That's been my driving principle and I guess my whole life that's how I've always understood myself and the world around me, that freedom to do what you think can be creatively done.

What do you look for in other entrepreneurs?

When I was 21, I burned the boats. Entrepreneurship was my only path to life. There was no option for me to go back to a job, so I had to make it work. I try to find that in other entrepreneurs where they are dead set as to what they want to do and there is no other option. Failure is not an option. I like that kind of determination and persistence.

How has the meaning of financial independence changed for you over time?

My grandfather was very influential in raising me. He grew up during the depression and he was extremely frugal. I have a lot of his attributes, so money to me is a tool to accomplish what I most care about. It enables me to buy more time in life, freeing me up from tasks and responsibilities that I'd otherwise maintain that would detract from my larger goals.

What does freedom mean to you?

Being an author of your life, filling in the blank pages.

What is a lesson for younger people?

I love the story of the five monkeys and what it means for challenging assumptions and the status quo. There are five monkeys in a cage and there is a basket of bananas on top. There is a ladder that goes up to the bananas. One monkey tries to go up to get the bananas, but that monkey and all the other monkeys get sprayed with cold water. So the monkey tries it again and gets sprayed with water again. Now all the monkeys know if one tries to use the ladder to get the bananas, it will get sprayed with cold water. Someone pulls one monkey out and puts a new one in. The new monkey sees the basket of bananas and tries to go up the ladder, but all the monkeys grab her and pull her down because they don't want to get sprayed with cold water. One by one, someone replaces all the monkeys, but now none of them have ever been sprayed by cold water; yet they continue anyway to restrain any monkey that tries to climb up the ladder because it's a learned behavior. They have no idea why they're doing what they're doing. The moral of the story: don't be a monkey. There is so much hidden value in questioning our assumptions. This was a foundational principle I maintained while building Braintree and it continues to be immensely helpful in everything I do.

What are you most proud of?