Dmitri Hvorostovsky and pianist Ivari Ilja are in recital at Davies Hall on Sunday, May 25. The program begins with a collection of songs by a variety of Russian composers, set to the poetry of Alexander Pushkin. It is followed by the rarely-performed Suite on Verses of Michelangelo Buonarroti by Dmitri Shostakovich.

Dmitri was in London when I spoke to him last week. It was the day after he had sung the role of Giorgio Germont in the revival of Richard Eyre's production of La Traviata at the Royal Opera House. Dmitri was traveling back from Russia when he got word that he would need to replace ailing Simon Keenlyside. Dmitri had performed the role earlier in the run, but with a different cast. 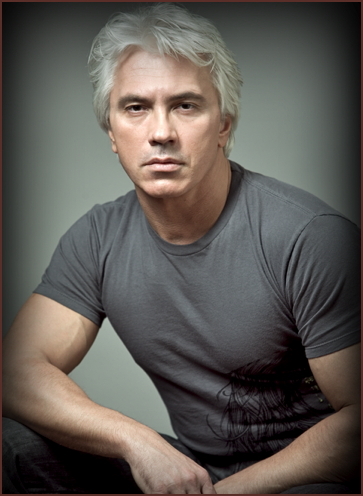 "What happened yesterday was pure improvisation," he said. "I had no rehearsal whatsoever with Ailyn Pérez [Violetta] and Stephen Costello [Alfredo]. The performance was the first time I sang with them. But all my experiences with Germont allowed me to feel free and to improvise everything I did on stage - to bring my own mastery of the role to the performance. I really loved it."

Dmitri Hvorostovsky was 27 when he won the BBC Cardiff Singer of the World competition in 1989. Four years later, he made his American operatic debut at Chicago's Lyric Opera in the role of Germont. In September, he will perform it at the Paris National Opera and again in December at the Vienna State Opera. This role of Alfredo Germont's father - sometimes referred to as "the elderly Germont" - is likely to stay in his repertoire for a long time to come. (American baritone Robert Merrill sang it at the Met over a period of thirty-one years.) The part contains one of Verdi's most beautiful arias, "Di Provenza il mar", and includes climactic High G-flats that challenge every baritone at any age. I asked Dmitri what he notices about his voice in relationship to a role he has been performing since 1993. He laughed. 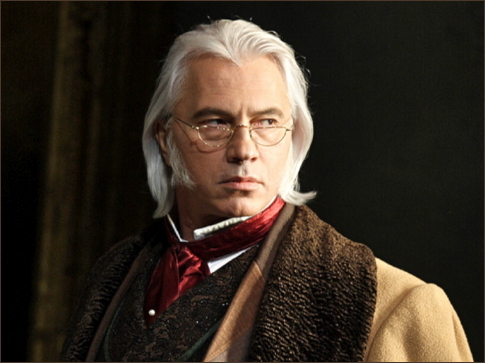 "My voice is a perfect instrument," he said. "I can be as lyric as a tenor and sing a bass role as well. I have a B-natural. The problem is that I've never had the C above it. That is why I did not become a tenor. But I definitely have the High B-flat and B-natural. In order to sing A-natural, which I do as Iago, you have to have the B-flat. I can also go down to as much as G or F easily. My voice has matured enough to allow me to sing the big Verdian dramatic roles. I still don't do any of the Verismo [Puccini, Giordano, etc.]. But I'm looking at the much more serious roles, such as The Demon by Anton Rubinstein, also Boris Godunov which I plan to do in the future. Obviously, my vocal cords and larynx, my breath control, and the size of my neck allow me to sing up high and down into the lower register equally. I've never counted the number of performances I've done of Traviata. But I've worked with the greatest singers and conductors around the world. So, I've gained enough wit and wisdom to do this role in many, many ways."

I agree with the singer. Dmitri Hvorostovsky's voice is a perfect instrument. The entire range is vibrant, potent, juiced. The upper extension of his voice is a rare gift - along with bone structure that even People Magazine displayed on a list of 50 Most Beautiful People. The combination results in a sound that is inherently vital and electric - a perfect fit for the songs of larger-than-life heroes, radical poets, tragic lovers, and god-like artists. Hvorostovsky is the voice of Russia's greatest composers. He embodies the subjects of Pushkin's extraordinary verse. He is the dream of Michelangelo.

Dmitri and his longtime stellar accompanist, Ivari Ilja recorded seventeen songs for the 2010 CD, Pushkin Romances, some of which will be included in Sunday's recital, the final event of San Francisco Symphony's 2013-14 Great Performers Series.

"I recently performed the songs in London at the Barbican and truly enjoyed it. It's a marvelous program - from the early music of Mikhail Glinka to contemporary composer, Georgi Sviridov. It gives me every opportunity to color my voice in different overtones. It is like Schubert or the early Italian songs, through the later music of Sviridov which is also very light and lyric. The Borodin song, For the Shores of Thy Far Native Land, is a really beautiful piece - very dramatic and dark. It is typically Russian and one of the best poems of Pushkin. The songs offer such a wonderful variety of Russian lyricism. The idea to record this program was actually Ivari Ilja's. He worked with the great Russian mezzo-soprano, Irina Arkhipova. She was a mentor to me in the beginning of my career and I am really grateful for her help in becoming a well-known singer. So, I chose this program to commemorate her. Irina Arkhipova's mastery was absolutely beyond any parallel in Russian vocal art."

Shostakovich regarded his Suite on Verses of Michelangelo Buonarroti as his Sixteenth Symphony. The composer used Russian translations of the Italian poetry to create his cycle of eleven songs. The effect is transcendent, the music and language going beyond any other dramatic depiction of the artist's life and creative genius.

"The way I do my recitals, particularly the song cycles, such as the Michelangelo - is to make them into a one-man-show. It is absolutely a theatrical piece which I present on stage. Therefore, I hope the audience will be so drawn into the drama - along with the text and the music - that they will forget they are at a recital. The music itself talks. It is nuanced with bright and sometimes very dark images. The language of Shostakovich is very clear, strong, and at the same time vulnerable. The cycle shows everything - the strain, the power, the wisdom, and the vulnerability of Michelangelo." 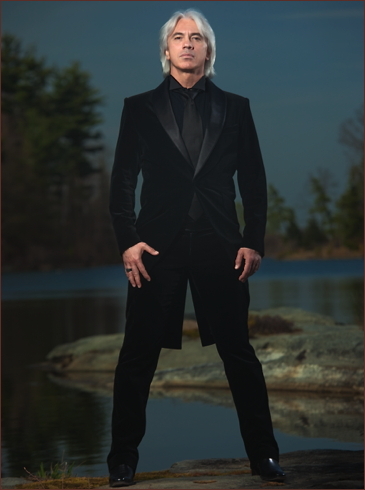 "The cycle is amazing. Shostakovich wrote it for piano to begin with and then decided to re-write it for symphony orchestra which he dedicated to the first performer, Evgeny Nesterenko. The way it's written for piano is so colorful that it sounds like an orchestra. The translation of the poetry of Michelangelo Buonarroti sounds incredible. There has only been one example, by Dietrich Fischer-Dieskau, who decided to sing the songs in the original Italian. I think it was a failure, because you have to move the accents and stresses. The way it sounds in Russian is so complete. It is a cycle where two geniuses meet with each other and create an amazing impact of classic and contemporary. It absolutely reflects the reality we live in now."