On her new novel, Saving Grace... 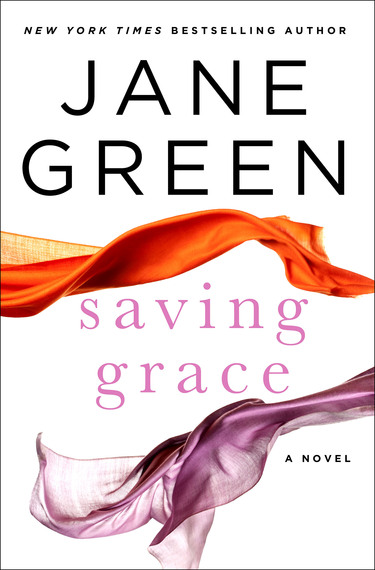 Where did the inspiration for Saving Grace come from?

Initially from a bookkeeper we had employed who turned out to be dishonest, with a history of stealing we didn't discover until it was too late. I started to think about the assumptions we make that everyone we meet operates under the same moral code, and how betrayed we feel when that isn't the case. This led to creating Beth, who seems like the perfect assistant although Grace has a feeling from the start that she has another agenda, even though she appears so great, everyone thinks Grace is crazy. Including, after a while, Grace herself.


What was it about Grace as a character that intrigued you?

I knew nothing about bipolar disorder until three years ago, and have now learned an awful lot, which I wanted to explore on the page. Also, we have a propensity to repeat the patterns of our childhood; we recreate situations that are somehow familiar to us, and I loved the idea of Grace growing up in a difficult, volatile household, and how this would explain why she would remain married to a man like Ted. Many people reading the book would urge her to leave, but when you understand how walking on eggshells is entirely familiar to Grace, I think it helps you understand why she stays.


You deal with a controversial subject of misdiagnosis and over-prescription of psychoactive medications in Saving Grace. What made you decide to explore that issue in the book?

My own journey from initially being diagnosed with ADHD and prescribed stimulants, which then created symptoms of manic depression, for which I was then put on anti-psychotics for a year and a half. I lost a year and a half of my life. When I finally gathered the strength to fight back, I was horrified at what a familiar story this is in America, the over-prescription of medications like this, the handing out of diagnoses on people who are perfectly fine, and the problems these drugs then create.


Grace has to tap into deep wells of strength to overcome some difficult situations that she faces. How much does the theme of finding inner strength play a role in your writing?

I think the primary themes of my novels tend to be how do we find peace; what does happiness look like; does getting what we think we want make us happy... All of my characters end up having to do some soul-searching in order to answer those questions, Grace perhaps more than some of the others. I believe it is the flaws that make us interesting, our backgrounds, the hardships. Whether it's a history of alcoholism or addiction, mental illness, abuse, I have long been interested in how we take the challenges of childhood and build a productive and peaceful life in spite of them.

What do you hope readers take away from Saving Grace?

Grace's lessons were ones I had to learn the hard way, primarily that we should always trust our intuition; that when that little voice tells us something is wrong, we must listen to it, and that we have to be our own advocates when it comes to our health - do not ever let a doctor or health professional talk you into something you think is wrong, and inform yourself as much as you can. As a friend of mine who is very high up in the medical industry recently said: if a doctor tells you not to look up the medication on the internet, that's the sign of a bad doctor; go and find someone else.

That writing is your job, and has to be done every day, whether you feel like it or not. That the most important requirement is discipline; that you will be hit with writer's block over and over, and the only way to break it is to keep writing anyway. I would also add, write the story you need to tell rather than the one you think will be a bestseller. 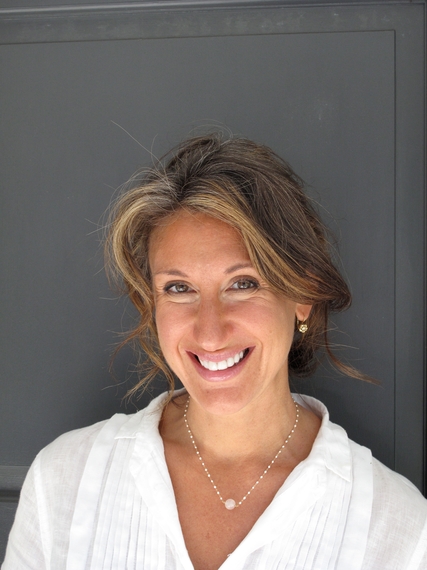 On Food and Cooking...

How does your love of food and cooking influence your writing?

There's always at least one character who is either a foodie or a cook, and I have included recipes in a couple of the books. I show the people I love that I love them by gathering them in my kitchen and feeding them, so no surprise that most of my characters do the same thing.

Does Grace cook to feed a spiritual or emotional hunger in those around her (or in herself), as well as physical?

I think perhaps we all cook to feed some kind of hunger in ourselves. I am nourished by being surrounded by family and friends, by creating something delicious for them, by nurturing them

It should be easy and painless, but should look and taste as if you have slaved over a hot stove for hours. When my guests arrive, I want to spend time with them, not last-minute sautéing in the kitchen away from all the action. Although, mostly now we are all gathered around the kitchen island anyway, so everyone tends to muck in and help.

Bestselling Author of SOME WOMEN