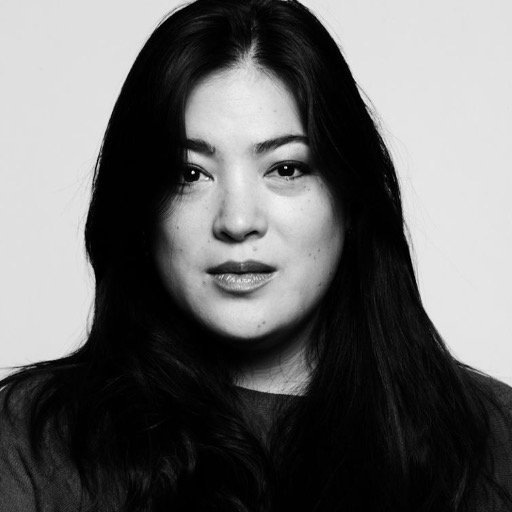 At the Institute for Politics based at the Harvard Kennedy School, the journalist talks about how she got into her profession, the power of journalism and her advice to young women.

Jay Newton-Small is Washington correspondent for TIME and the author of Broad Influence, a book about women in politics. As a reporter, she has covered the White House, Congress, the 2012 Republican presidential campaign and foreign policy. The daughter of two United Nations diplomats, she grew up abroad, living in such places as Asia, Africa and Europe.

I grew up all over the place. My parents worked at the United Nations. My mom was an international lawyer, specializing on trade and development and my dad was an economist, but really more a procurement officer, with the United Nations Development Programme. My dad was Australian. My mom was Chinese Malay. They met in Zambia, married in Malawi and I was born in New York.

How did you move into journalism?

Growing up all over the place, I spent a lot of times in museums and I thought I was going to be an art historian, or a curator of a museum, so I studied art history in college. And then over a summer I interned at an auction house and I was completely disillusioned. I didn't want to spend the rest of my life sucking up to rich people, so I decided against art history. I ended up going with a friend to see a guy speak, an executive producer of Dateline NBC. I went to Tufts undergraduate and he also was a Tufts alum and he talked a lot about how journalism was the art of the curious. And I was like "Well, I am a curious person," and I kind of like seeing things for myself. I ended up going to work for him for a year and then I went to graduate school at Columbia, because I had not really done much journalism beforehand and so that's where I kind of really learned to be a journalist.

What were your first steps to become a journalist?

After I graduated, I was stringing for Agence France Presse at the United Nations and they ended up bringing me down to Washington D.C. where they had their headquarters for North and South America. I thought I was going to be there six months as I was subbing in for women on maternity leave. Washington really interested me. I was surprised in how interested I was in Washington. And my roommate's boyfriend at the time was the senior White House correspondent for Bloomberg and I ended up going to work for Bloomberg.

Do you have a story that stands out during your time as a journalist?

When I was covering the United Nations, I think what really cemented my interest in journalism was when I went down to Trinidad & Tobago for a story on HIV/AIDS. I was speaking to a bunch of UN groups in Trinidad and Tobago, a bunch of youth groups actually. They hadn't been funded by the ministry in months, and they were really living on a shoestring budgets. They told me to ask the minister, why if he was so dedicated to AIDS prevention, why they had no money. The last interview I did before I left was with the minister of health.

I did this whole interview, where I let him go on for twenty minutes about how dedicated he was to combating AIDS and everything. And then in the end I asked him why he hadn't paid these youth groups for months? He blanched and then asked for my telephone number and my deadline. Just before the deadline he called and said, 'There are some people here with me you should speak with.' It was the heads of the youth groups. In the end not only did the ministry pay everything they owed to those youth groups, but he paid a year in advance. 'We owe it to you,' they told me, 'because otherwise they would never have been paid.' It drove home to me how powerful journalism can when you just shine light on what's going on.

If you had to give your younger self advice, what kind of advice would you give?

I always regretted not going the foreign correspondent route. I wish I'd taken the time to do that. Once I was in Washington I was there for better or worse. I have done a lot of trips abroad with politicians and short trips abroad for stories. Some of them lasted months, but I never really got over and lived abroad the way I did when I was a kid with my parents. I guess I would probably tell myself to not be afraid about not having a safety net and just go ahead and do it.

What do you love about journalism the most and what's your process like?

I am probably one of the few people at TIME that enjoys reporting more than writing. I have never enjoyed the process of sitting in a dark room and struggling with sentences and syntax. I love being out in the field and I love interviewing people. I love seeing things for myself. I kind of tend to do all the reporting at the top end. And then I go away and sit down and write about what I think the story is about. I go through all my notes and all my interviews and go through all the transcriptions and flesh it out from there.

Do you have a daily habit or routine that makes you a better journalist?

When I am not writing a book, I generally read five papers every morning. It's always great to not only see how journalism is done but also see how they chose to present stories that day. If you read the paper every day you know a big story that has gone on for a while is slightly changing and it is a slightly different twist every day and so it interesting to see how people kind of take the story and twist it the next time.

How do you imagine gender equality in the future?

They say true progress is equality on all fronts and so just as much as women are permeating at the top levels of the workforce, you would see men be much more involved with their family lives and their children's lives.

If you could give advice to young women, what kind of advice would you give them?

Be confident. A lot of young women that I know don't feel comfortable speaking up unless they feel they know a hundred percent of the data and every little aspect of the issue, whereas every young men I know feels confident speaking up with twenty percent of the data and not knowing what is going on. I think women are too tentative to speak out for fear of being wrong, for fear of looking dumb. I wish that they would be less afraid of that. And be more bold and just not worry so much of what people think and just speak up. I would tell them to speak your mind.

Amanda Daniel has contributed to this piece.